Woman files lawsuit after pair of pit bulls attacked her, her dog while walking Austin trail

According to police reports shared with KVUE, the pit bulls have been involved in prior attacks. 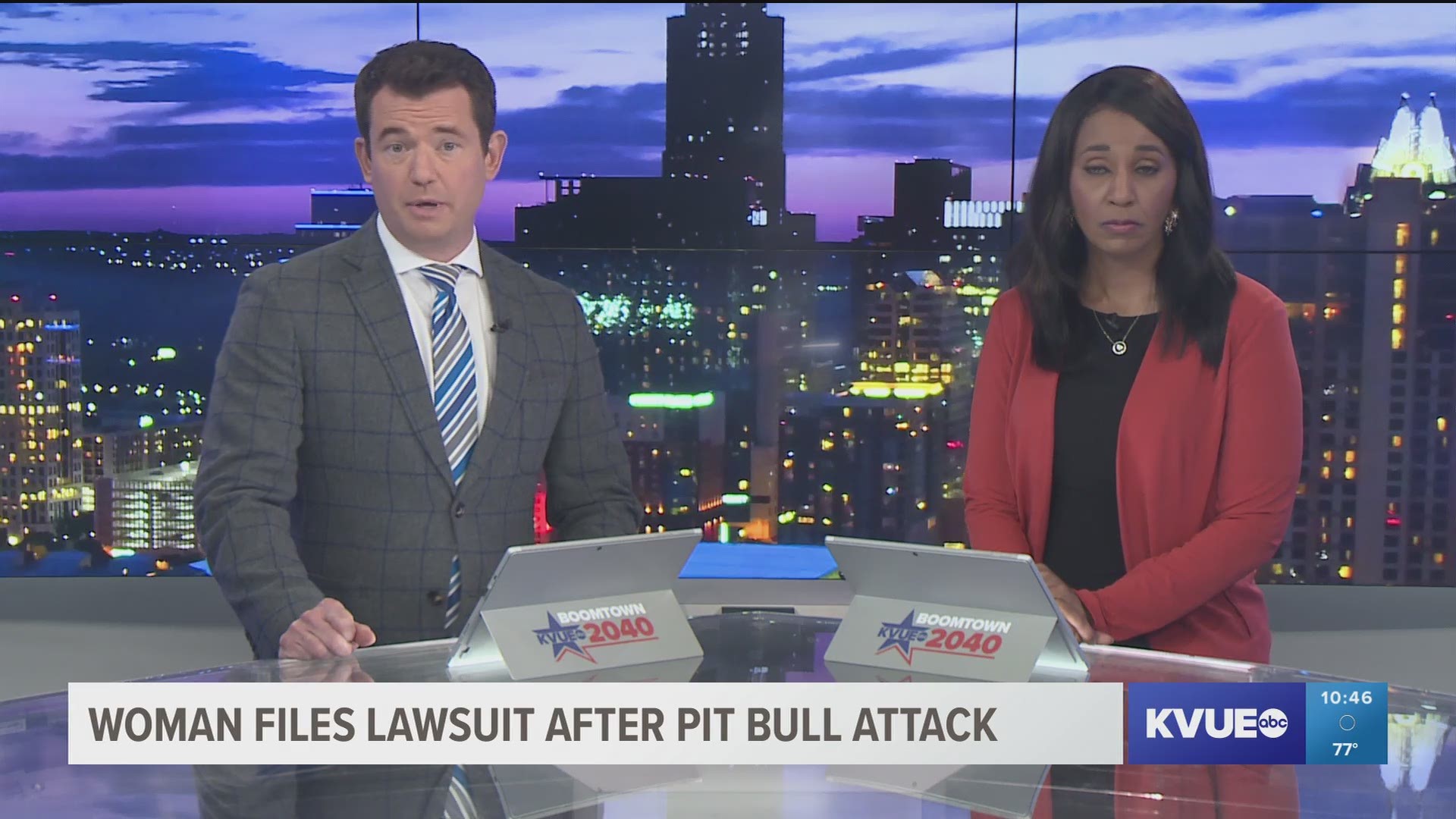 AUSTIN, Texas — An Austin woman was left bloodied and bruised after a pair of pit bulls attacked her and her dog while walking on a trail.

Erica Curtis told KVUE she was walking her 10-year-old English bulldog, Boomskie, on a trail behind a church near Commons Ford Road and Cuernavaca Drive in Southwest Austin last month when two unleashed pit bulls approached her and her dog.

"I just knew the situation wasn't going to be good," Curtis said.

She said she yelled to try to get the owner's attention.

And then, the worst happened. Curtis said the pit bulls came at her from both sides, attacking her and Boomskie, who she said was leashed at the time.

"I was just screaming, 'They're killing my dog. Get your dogs off my dog,'" Curtis said.

The attack seriously injured both of Curtis' hands, and Boomskie required at least three surgeries.

"He's my everything. That's why I fought for him," she said.

According to Lakeway police reports provided to KVUE by Curtis' hired law firm, McMinn Law Firm, the pit bulls' owner, Patricia Stanford, and her dogs have been involved in at least three other attacks. The earliest happened in 2014.

The third attack happened at a dog park in Bee Cave when one of the pit bulls attacked another dog and a person.

According to the reports, in two of the three attacks, Stanford quarantined the dogs at the request of police.

Curtis' attorney, Jason McMinn, told KVUE the dogs should have been collared and leashed while on the trail.

"The fact that these dogs were still being allowed to roam around unleashed blows my mind," McMinn said.

In a statement sent to KVUE, Stanford claims Curtis lied to the responding Travis County sheriff's deputy when she told him Boomskie was leashed at the time of the attack.

"When we got near, [Curtis] was crouched over her dog with no leash and said that her dog doesn't get along with other dogs," Stanford wrote in the statement. "I told [Curtis] that we would go around, and I thought she had control of her dog. My female ran up to greet [Curtis' dog], and [Boomskie] lunged aggressively at her. My male took that as an act of aggression toward his pack and he ran to her dog."

Stanford claims she tried to separate the dogs, but Curtis kept "screaming and kicking [Stanford's dog] which caused the situation to get worse."

Stanford wrote she was also injured while trying to break up the fight.

According to a lawsuit, Curtis is suing Stanford for more than $1 million in damages.

"I feel like this is my duty to have this stopped and have these dogs taken off the street," Curtis said.

Austin Animal Center told KVUE that Stanford has yet to surrender her pit bulls after this recent attack.

KVUE reached out Lakeway PD, which responded to the three prior attacks, about its policies dealing with aggressive dogs, but did not receive a response.