The man walked off the plane without being spoken to, the woman says. 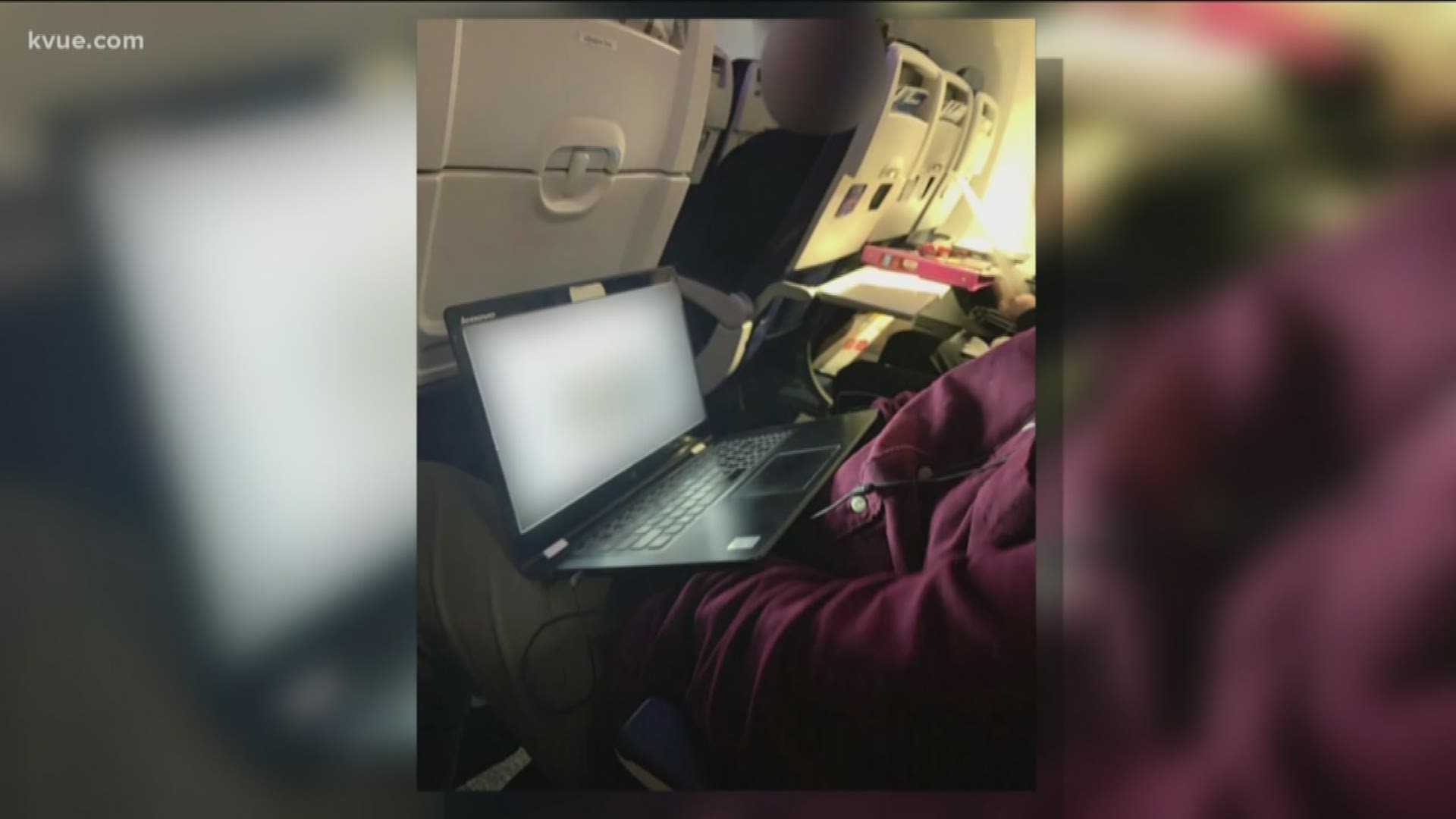 AUSTIN, Texas — A Hutto woman claims a man masturbated while sitting next to her on a Southwest Airlines flight back to Austin.

"I'm sure this has happened before, but I'm sure it'll happen again," Swingler said.

Swingler sat in the middle seat, between a woman by the window and a man by the aisle.

And before the plane even took off, she said things got a little awkward.

"I was making some post on my work account, you know, just to let people know what I had been doing, why I was in Los Angeles," she said. "[The man] was kind-of hovering over my shoulder, looking at me, trying to figure out what I was doing."

The two made some small talk, and eventually, Swingler put her headphones on to avoid any further conversation with the man.

Then, as the flight continued, Swingler said the man pulled out a laptop and placed it on his lap.

Swingler told the woman sitting next to her what was going on and then pretended to go to the bathroom so she could speak with the flight attendants.

"If I try to cause a scene, he might act even more irrationally or do something that could even further damage what was happening," she said.

She showed them pictures she took of the man, which show his hands below the laptop. She said the flight attendants were shocked.

"They said they had never seen anything like that before," Swingler said.

The flight attendants moved Swingler and the other woman passenger to other seats, but the man stayed where he sat.

When the plane landed, he got up and left.

"I appreciated everything up until the moment that he left," she said. "I felt that something more should've been done."

Swingler said she met with the pilot and several other crew members after the plane landed. She then filed a report with a Southwest Airlines supervisor. They gave her two flight vouchers.

"We are investigating a customer’s report of inappropriate behavior by another passenger onboard a flight yesterday evening. Initial reports indicate that our flight attendants addressed the situation prior to landing and a supervisor on the ground was available to address the customer’s concerns and assist further. While we cannot control the actions of other passengers, the safety of our passengers and crew is of our utmost concern. We remain diligent in investigating and addressing this situation.

Upon receiving reports of inappropriate behavior from a customer, our flights attendants will offer to reseat the individual(s). Then, they will request law enforcement meet the flight upon landing to assist, if needed. It appears that law enforcement was requested; however, the person managed to quickly deplane and leave the area before law enforcement could arrive."

Swingler hopes that by sharing her experience, more can be done in similar situations in the future.