At least one inmate did not receive specialist medical treatment as ordered by the jail physician, the report stated. 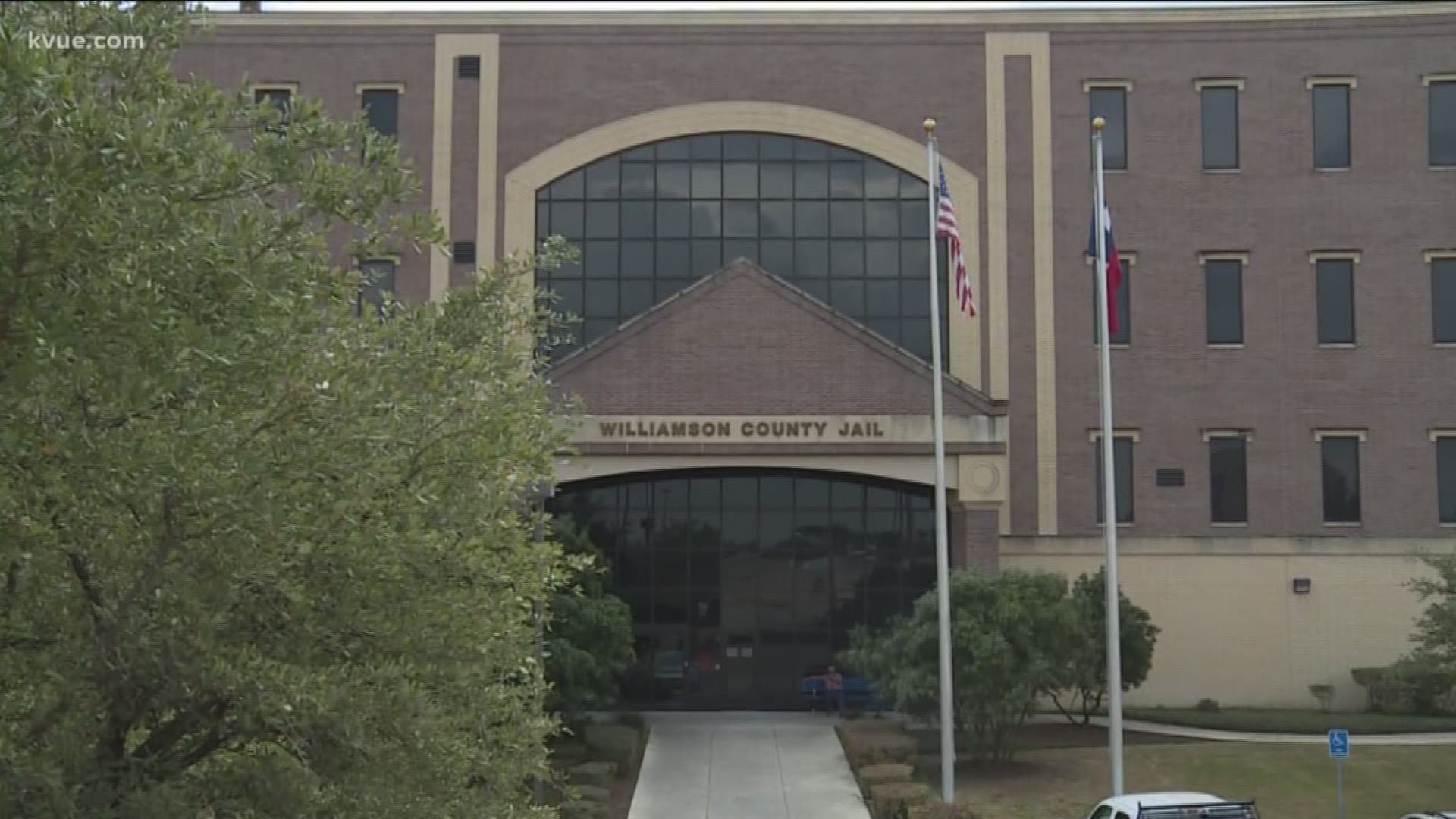 The Williamson County Jail failed an annual unannounced inspection conducted December 10th through the 12th, according to a report obtained by KVUE from the Texas Commission on Jail Standards.

According to the report, two inmates did not receive specialist appointments as ordered doctors and scheduling the follow up appointments took too long.

The report outlined how the inspector was performing his walk through when two inmates approached him and alerted him to their issues.

Upon reviewing one of the inmate's files, the inspector found the inmate has been ordered a urology referral in April 2019 and October 2019. The report said two documented attempts were made to schedule the appointment: one on April 22, 2019, stating "Called Austin Urology – will not see pt – large balance due – Called Urology associates, waiting on call back," and the other on July 30, 2019, stating "Called Austin Urology again – Dr. Melody Denson has terminated pt due to collections and bill being written off." The report states an appointment was not made until October 2019 with the earliest availability for Dec. 17 with Seton Urology.

Upon reviewing the other inmate's file, an oncology follow up was ordered by the jail physician on Nov. 17, 2019, and as of the date of the inspection, no attempts to set up an appointment had been documented. 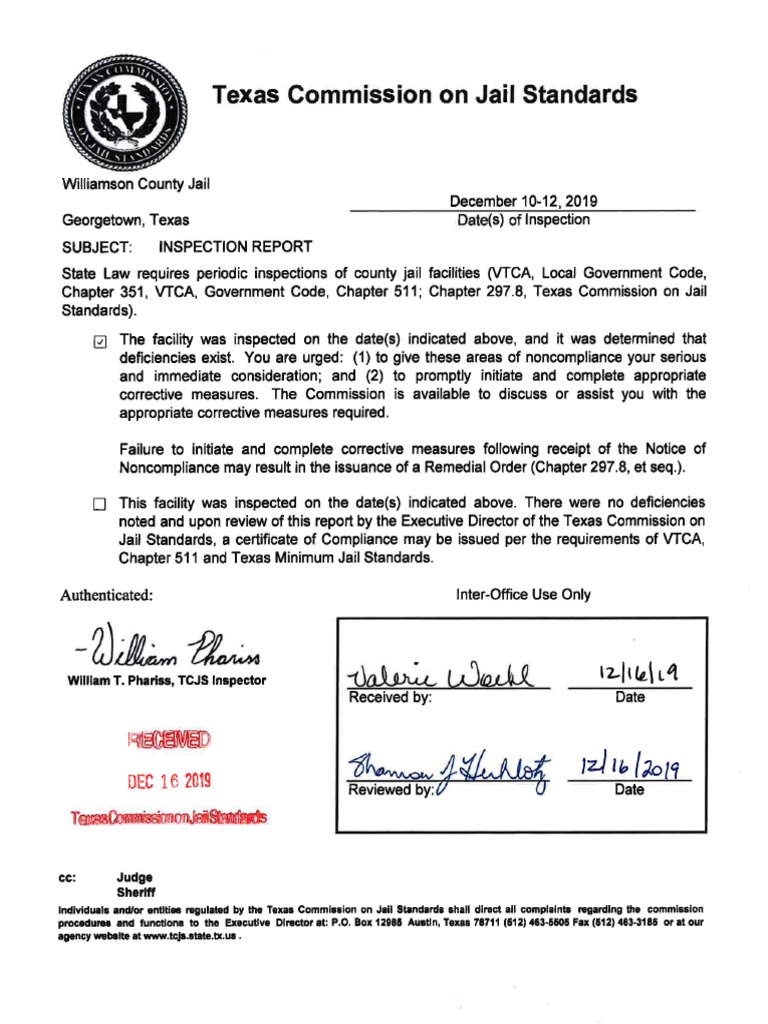 Brandon Wood is the Executive Director of the Texas Commission on Jail Standards.

"The male inmate had a follow up scheduled the day after the inspection, but due to the time frame from whenever he was booked and the follow up was ordered, there had been one attempt and there was several months before the another attempt was made. Then the time frame from that one and when he was actually scheduled is extensive and beyond what is acceptable," he said.

Wood said medical care issues are always one of their biggest concerns.

"Adequate medical care, while we understand is expensive, is required and it is simply one of those issues where if there are violations, they have to be corrected immediately. There's not very much leeway because medical is such a serious issue," Wood said.

Wood added that failing inspections open up jails to other issues.

"Jails do not want to fail inspections. Anytime they do fail an inspection, it can create additional problems. If they're not compliant with minimum jail standards, then if for some reason other issues come up, a lawsuit, or anything else may arise, they no longer have the ability to request summary judgement dismissal claiming they are in compliance with minimum standards," Wood said.

Other areas reviewed in the report were life safety and construction.

The report has been sent to Williamson County Sheriff Robert Chody and Judge Bill Gravell for review.

KVUE has reached out to Sheriff Chody for comment and he refused to officially respond until the report is released on the Texas Commission on Jail Standards website.

"TX Jail Standards conducted the annual inspection of jail. The report hasn’t been released to the public but WilCo received a noncompliance report for a few items. All have been addressed &ready for re-submission to commission. We fully expect to be in compliance less then [sic] 30 days," Chody tweeted.

But Wood said there is no difference between failing an inspection and non compliance.

"The other areas where we were listed for non-compliance were in construction areas, and we are working as quickly as possible to correct those issues."

The Williamson County Jail has failed inspections seven times since 2001: