Who were the victims in the Gilroy Garlic Festival Shooting?

The three victims were shot and killed when Santino William Legan, 19, opened fire at the festival, shooting people at random. At least 19 others were injured. 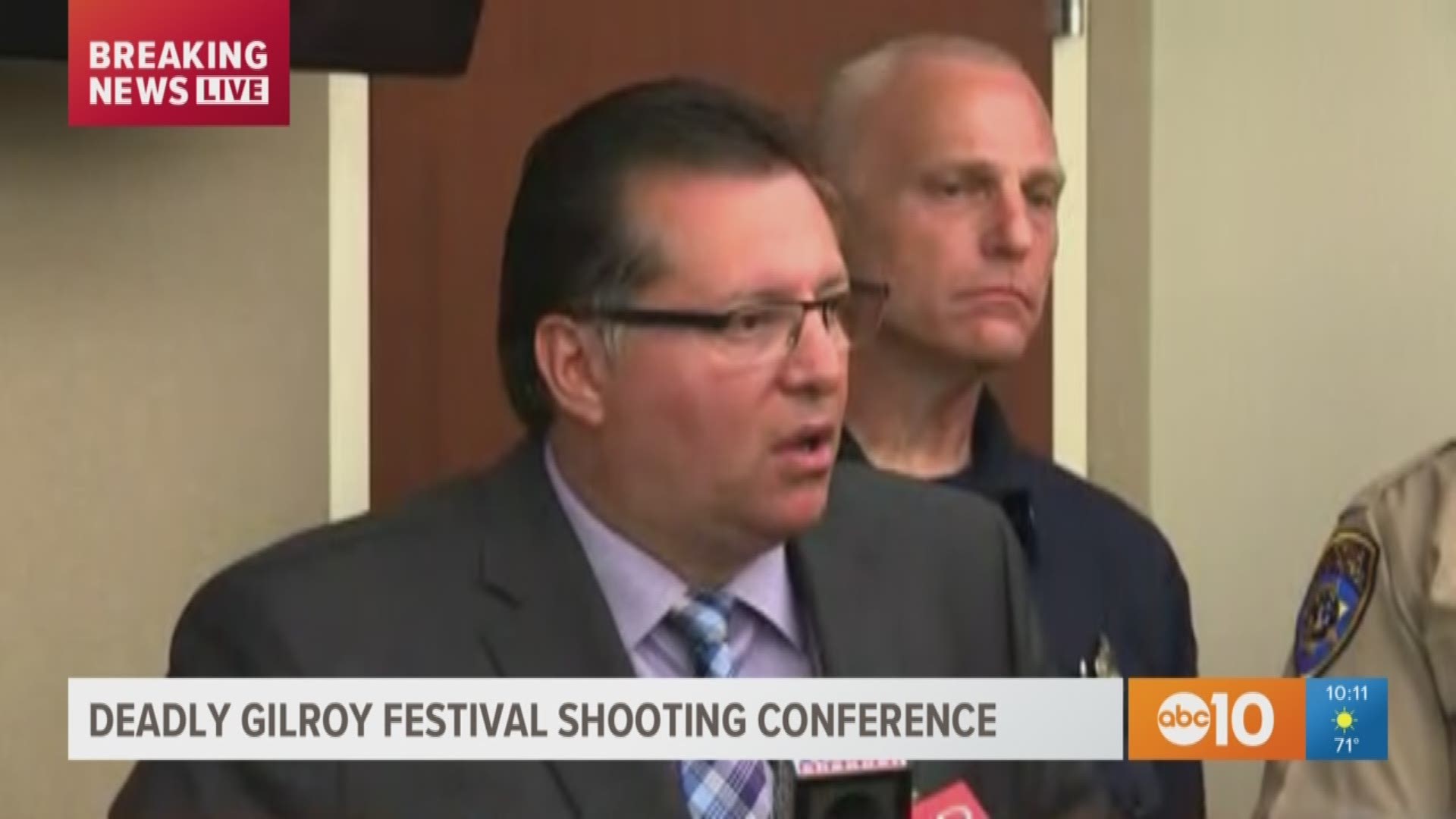 GILROY, Calif. — The three people killed Sunday in a shooting at the Gilroy Garlic Festival have been identified as a 6-year-old boy, 13-year-old girl, and a recent graduate of a college in upstate New York.

Officials with the Santa Clara County Coroner's Office confirmed to ABC10 that the 13-year-old girl was identified as Keyla Salazar. The 6-year-old boy, Stephen Romero, was identified early Monday morning by his grandmother who called him a "really happy boy — a really loving boy."

Keuka College President Amy Storey says in statement Monday that 25-year-old Trevor Irby, a biology major who graduated in 2017, was among the victims of the Sunday shooting.

In a statement, Storey said alumna Sarah Warner was with Irby at the festival but was not physically inured. "The College community extends its deepest sympathies to Trevor's family, friends, and to all who knew him. And we offer condolences, support, and prayers to Sarah and her family," Storey said.

Keuka College is about 70 miles southwest of Syracuse, New York.

The three victims were shot and killed when 19-year-old Santino William Legan opened fire at the festival, shooting people at random. At least 19 others were injured during the shooting, Santa Clara County health official said.

Three of the victims at the Santa Clara Valley Medical Center are listed in critical, serious and fair condition. Six other victims with gunshot wounds went to the St. Louise Regional Medical Center, but three of them have already been discharged.

At least eight others went to the hospital without gunshot wounds, but none were admitted. The condition of the other victims is unclear.