San Marcos police said there's been wheel thefts all over town since mid-November. 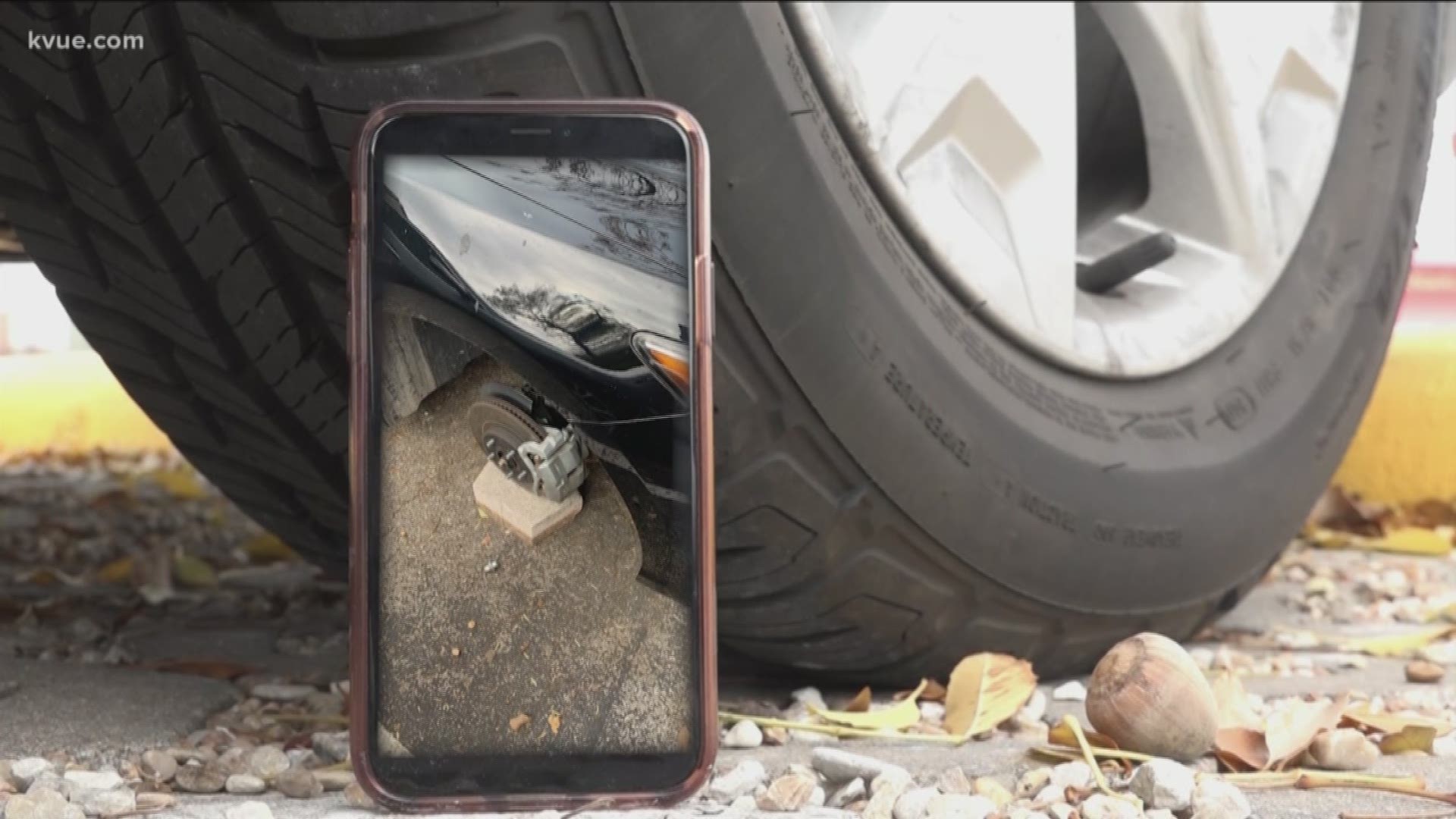 AUSTIN, Texas — They should be studying for finals but, instead, some Texas State University students are worrying about replacing their car wheels. San Marcos police are looking for wheel thieves that have been targeting cars since mid-November.

“Every time I go outside, I always walk by my car just to make sure everything’s OK. I looked and all four of my tires were missing and the rims and everything. They were just left on concrete blocks," said Alyssa White, one victim of these thefts and a Texas State student. “They didn’t break into the car, they literally just took the wheels.”

White said when she found her car without wheels on Sunday morning, she was in disbelief.

"I was a little disappointed because I felt violated of my property and things I’ve worked for," said White.

She said it's happened to other people in her apartment complex, The Junction, and she's lucky her insurance will cover most of the damage.

“I was a little surprised. I would have thought they would’ve taken more stuff. I think I’m very fortunate that they only took my tires and not my entire car because that would’ve been a whole different situation," said White. “Now’s not the time to do that, to students, particularly. I should be worrying about finals, not insurance and my car. There’s got to be a better way to obtain tires without impacting the life of someone else.”

San Marcos police said the thefts are happening in several parts of town and on Texas State-owned properties on Aquarena Springs. Typically, the vehicle is a Toyota or Honda, although there have been thefts of tires from other vehicle manufacturers.

The police said in at least two instances, a passerby (not the victim) observed individuals jacking up a vehicle, but did not contact police.

White said she'll definitely invest in some wheel locks for her car once it's fixed up, but she's frustrated it had to get to this point.

"I don't think people should have to do that. I hope that the City of San Marcos and the police department at least get a lead and stop the people that are doing that," said White.

Anyone with information about this investigation is asked to contact the San Marcos Police Department at 512-753-2110.