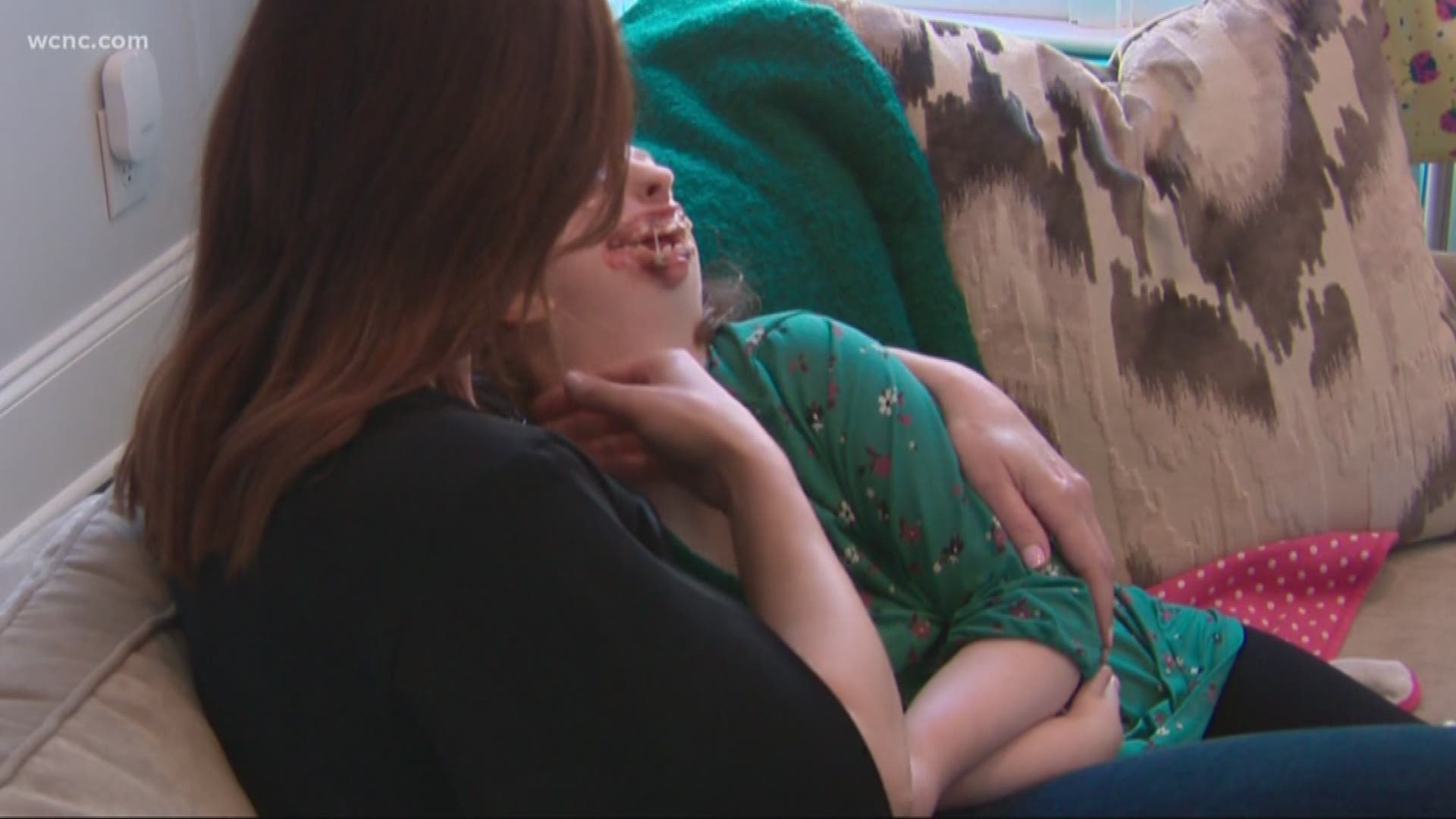 Tune into WCNC on Friday for the emotional interview with Sophia's family as we join them on a never-before-seen adventure.

Natalie Weaver's daughter, Sophia, was born with deformities on her face, hands and feet. Natalie was 34 weeks pregnant when doctors told her and husband Mark what to expect.

“My world just felt like it crashed down,” Weaver said. "We tried to take her out and were met with stares and cruelty that destroyed me.”

Weaver broke the news on her Twitter account back in February that her daughter would enter hospice.

"This doesn’t mean she is dying but this does mean we are in the beginning stages of changing and transitioning her care and none of us know how long she will be here. It could be a year or more or less, we just don’t know," Weaver wrote.

Sophia had just undergone recent surgery and her mom said while she is recovering, she's just really tired.

"We always said we would listen to what her body is telling us and respect that no matter how hard it is for us," Weaver wrote.

Weaver took the time to thank everyone who has supported her and her family during their journey.

"We thank you for the support and love you’ve shown us throughout her life and during this heart-wrenching transition," Weaver wrote. "We will be asking for your help in the future for some fun ideas (and your connections) and experiences that we want our girl to have."

Sophia will undergo one more procedure but will not have any more surgeries and will not go back to the hospital, Weaver wrote.

RELATED: When trolls attacked her daughter with disabilities, this mom fought back

Natalie Weaver said by stepping away from the medical world, her daughter can now finally live life to the fullest. Sophia, along with her family has already experienced a handful of 'first' experiences since she entered hospice care.

"To know that her life is going to be spent experiencing wonderful fun moments instead of surgeries and pain and recovery and medications that make her tired and worn out it means so much to me," Weaver said.

Weaver said she knows she's doing the best thing for her daughter, but some days are harder than others.

"It's terrifying. I question it every day. And I'm trying to remain strong so that I'm always reminded that this is what's best for my child," Weaver said.

NBC Charlotte's Michelle Boudin joins the Weaver family as they experience several new adventures with their daughter Sophia. Catch that story on Friday at 6 p.m. only on WCNC.

Other stories on WCNC: