The kangaroo escaped his exotic ranch family at Trails End Ranch, Linda Webb said in a post on Facebook. 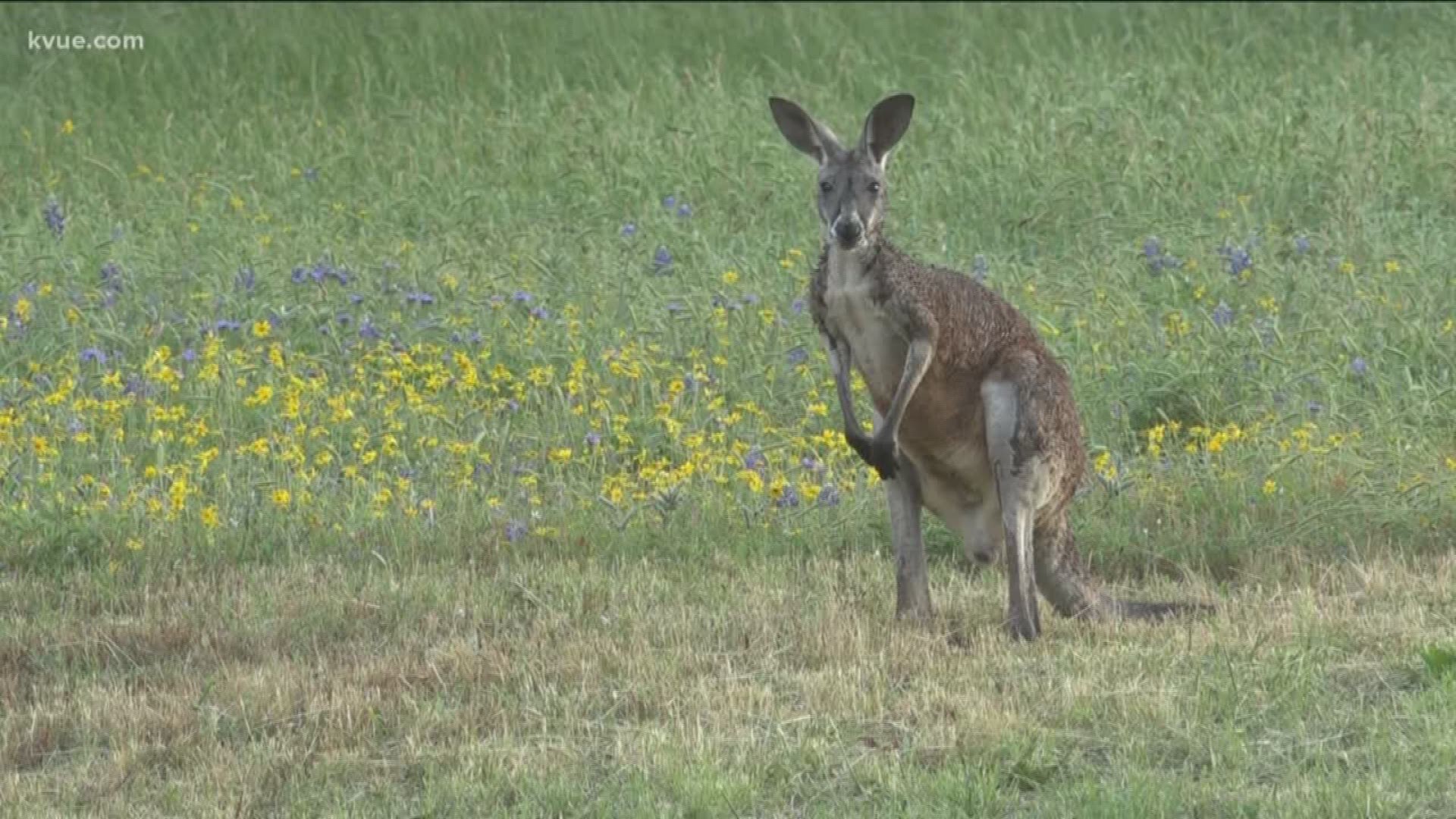 WIMBERLEY, Texas — EDITOR'S NOTE: A previous version of this story implied that the kangaroo has been captured, but it is still on the loose as of Thursday, April 25.

KVUE's Jay Wallis has confirmed that a kangaroo that went missing in Wimberley has now been spotted.

The kangaroo escaped his exotic ranch family at Trails End Ranch, Linda Webb said in a post on Facebook.

Prior to being found Wednesday evening, the tan male kangaroo was last seen in Summer Mountain Ranch on Wednesday at 2:20 p.m.

Local resident Brooke Burnett said her 7-year-old daughter spotted the kangaroo while they were taking a ride in Trails End after Easter lunch.

A resident reportedly had to call the police after he spotted the animal on his porch, but by the time an officer arrived the kangaroo had already hopped away, Burnett said.

“They weren’t exactly certain how seriously to take the call at first.”

She said in January 2018 one of the ranch's gemsboks also got out and made heads turn.

There were concerns for the kangaroo’s safety with severe weather hitting the region on Wednesday.

Owner Roy Dale is out of town right now, at his exotic ranch in West Texas, but keeps some of his animals at his San Marcos ranch.

"I put him [the kangaroo] there to see how he was going to do before I put some more with him," said Dale.

He thought his grates would keep his new kangaroo on his property, but he hopped right over.

"I didn't think he could jump that far," said Dale.

Dale will be back in town Friday and work with his neighbors and the sheriff's department to try and bring his kangaroo back home.

Strong storms push east of I-35 in Central Texas