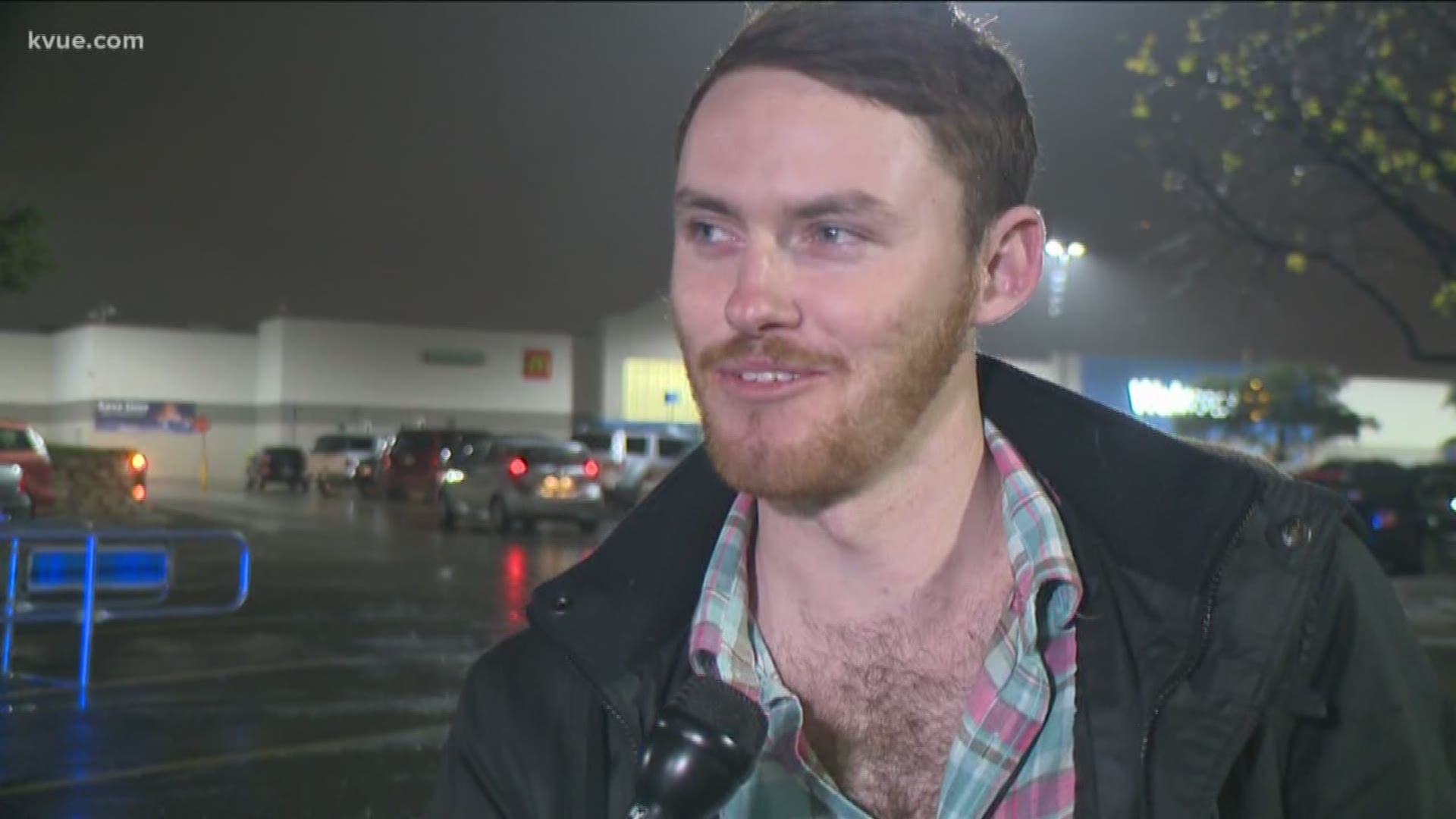 AUSTIN, Texas — Inspired by a Wichita Falls woman who was recently banned from a Walmart for riding an electric shopping cart in the parking lot for several hours while drinking wine out of a Pringles can, a group in Austin started a Facebook event at a North Austin Walmart appropriately called: “Drinking wine from a Pringles can in Walmart parking lot.”

The event, started several days ago on Facebook, garnered a lot of attention.

The event, at the Norwood Crossing Walmart off Highway 183 in North Austin, turned out to be a lot smaller than expected.

Only three people showed up.

Austin police told KVUE they were aware of the event, as were  Walmart security on site. However, no authorities intervened.

APD did tell us it is a misdemeanor to drink from an open container in public -- one that carries a fine of up to $200.

No one was fined at this event.

RELATED: Woman accused of drinking wine from Pringles can, riding around Walmart parking lot for hours

The event may have been a bust, but at least Kacey Musgraves is proud.