Teenagers are apparently eating banana peels, candy wrappers and other packaging in what is being called the "shell on" challenge. 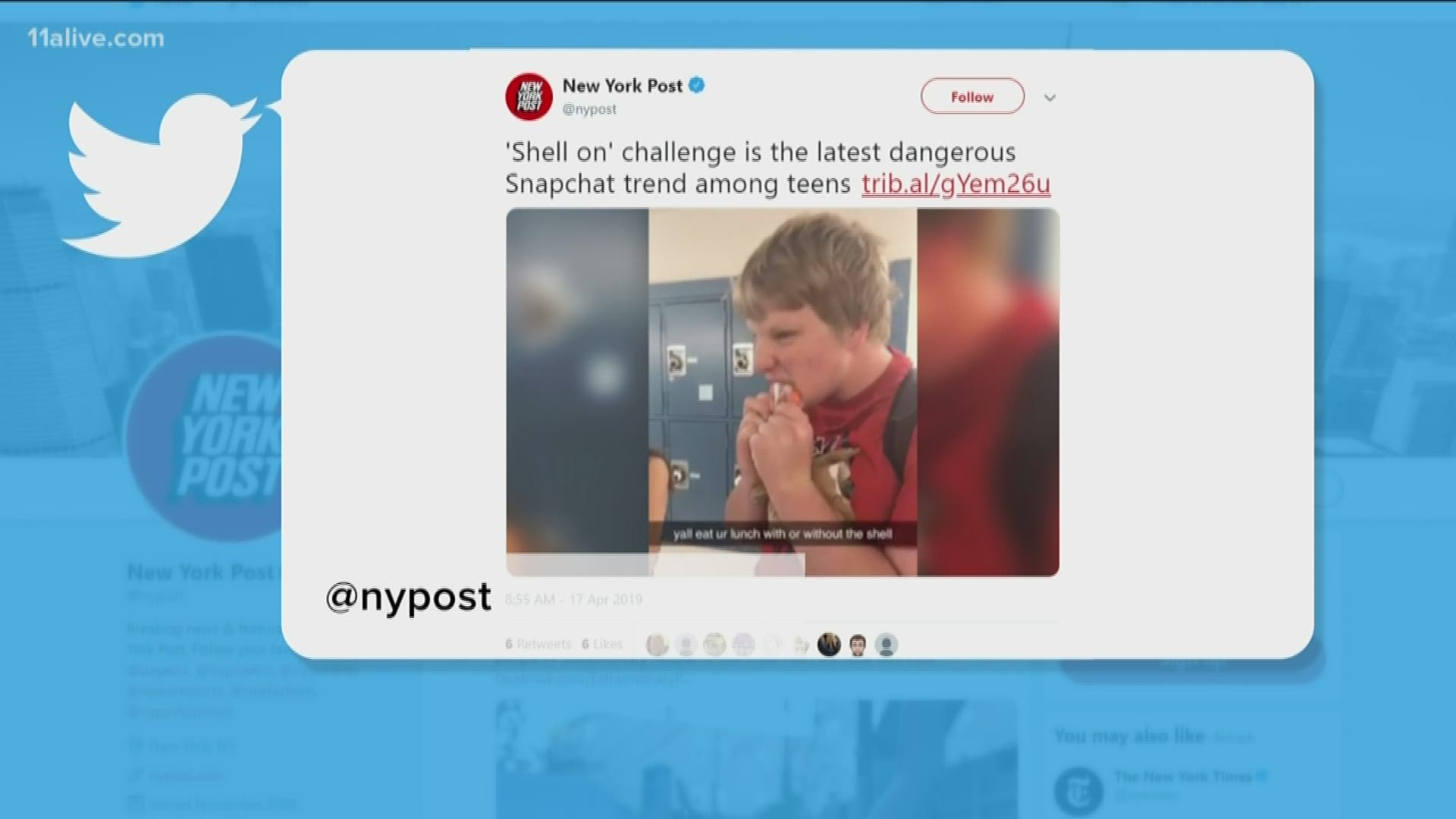 A new craze is taking over social media – teens are challenging each other to eat food packaging in what is being dubbed the “shell on” challenge.

According to the Arizona Republic, a sophomore in Tempe was shown in a video on Snapchat biting into a plastic bag, filled with carrots.

“Ya’ll eat ur lunch with or without the shell,” the caption read, along with the photo of the teen gripping plastic in his teeth.

The teen told the Arizona Republic that he has seen other teens doing similar acts in what is being called the “shell on” challenge. He said one of the videos included a teen who accidentally shot lemon juice into their eye after biting into a lemon.

While not as dangerous as the potentially fatal “Tide Pod challenge” which involved eating laundry detergent pods, doctors still advise against eating anything that isn’t food.

“Organic material like fruit peels are typically not dangerous. Zest is often used in recipes (lemon zest) which is the shavings of the rind,” Chicago-area physician Max Plitt told the New York Post. “Eating plastic, on the other hand, can be dangerous. BPA has been suggested to influence hormones. Chemicals in PVC like vinyl chloride have been linked to cancers.”

While the trend is apparently posted on Snapchat, people are talking about it on Twitter as well.