Several customers said the Shell station on Montopolis Drive and Riverside Drive had water in the pumps, which has caused damage to their cars. 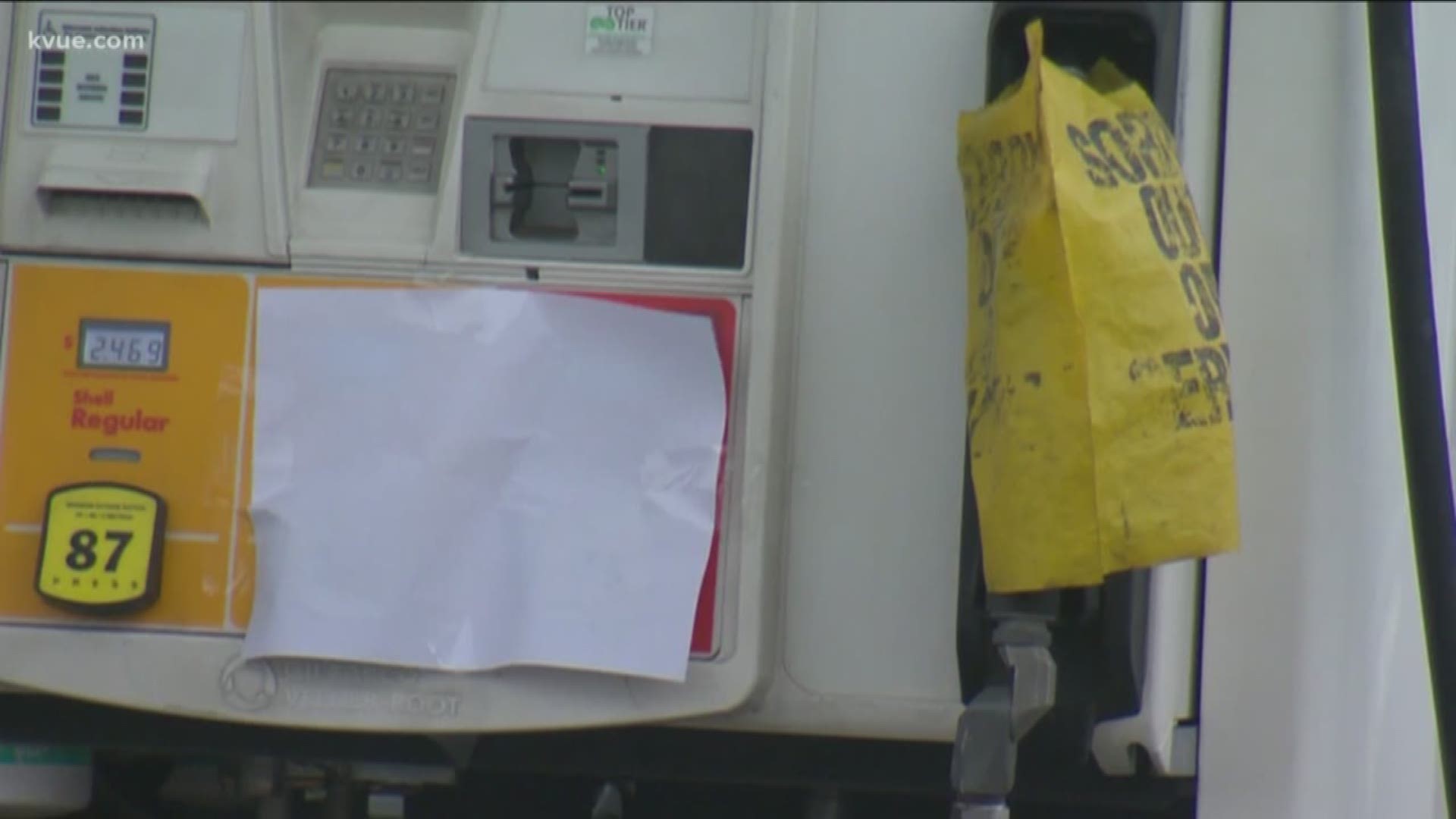 AUSTIN, Texas — All this rain may have caused issues for some cars in Southeast Austin.

Several drivers said a Shell gas station on Montopolis Drive and Riverside Drive had water in its gas, which ruined their cars.

One of the people who pumped gas there on Wednesday said that it was almost immediate when they pulled out of the parking lot their car just stopped.

Now they're just wanting things to be made right because it's a sight most don't want to see: out of order signs on every pump at a gas station.

RELATED: New app gives you back some of the money you're spending at the gas tank

"We were at Pump 4," said Alexandria Gomez, one of the customers whose car is ruined.

But those who were at the Shell Wednesday said they're glad what happened to them won't happen to others.

"They said there's water in my tank and possibly my engine," said Joe Angles-Sandoval, whose truck is now broke down. "Yeah, I'm car-less right now."

The complaints have the supervisor of the station working on the tanks. He said that the rain from the recent storms got into them.

He wouldn't talk on camera but said he and his insurance will work one by one with the people affected to make sure they "reimburse every penny."

As the crew wraps up for the day and the pumps begin to open back up, those affected are hoping that their cars get fixed sooner rather than later.

"Yeah, I'm without a car now," Angles-Sandoval said. "I can't do the regular things I got to do every day."

"It's really my only transportation I got and, like I said, I have two kids I got to take to the doctors, dentist appointments," Martinez said.

"We're just gonna have to take it day by day and see what happens," Gomez said. "I hope that they're able to help us."

KVUE also reached out to the Department of Agriculture, which is in charge of regulating gas. They said they have received a complaint from this station and if you think you have water in gas you've pumped, you should keep your receipt and report it to them.