Barry downgraded to a tropical depression as flood threat continues

Barry is now a tropical depression, but heavy rain continues to be an issue for areas of Mississippi, Louisiana, Alabama and Arkansas. 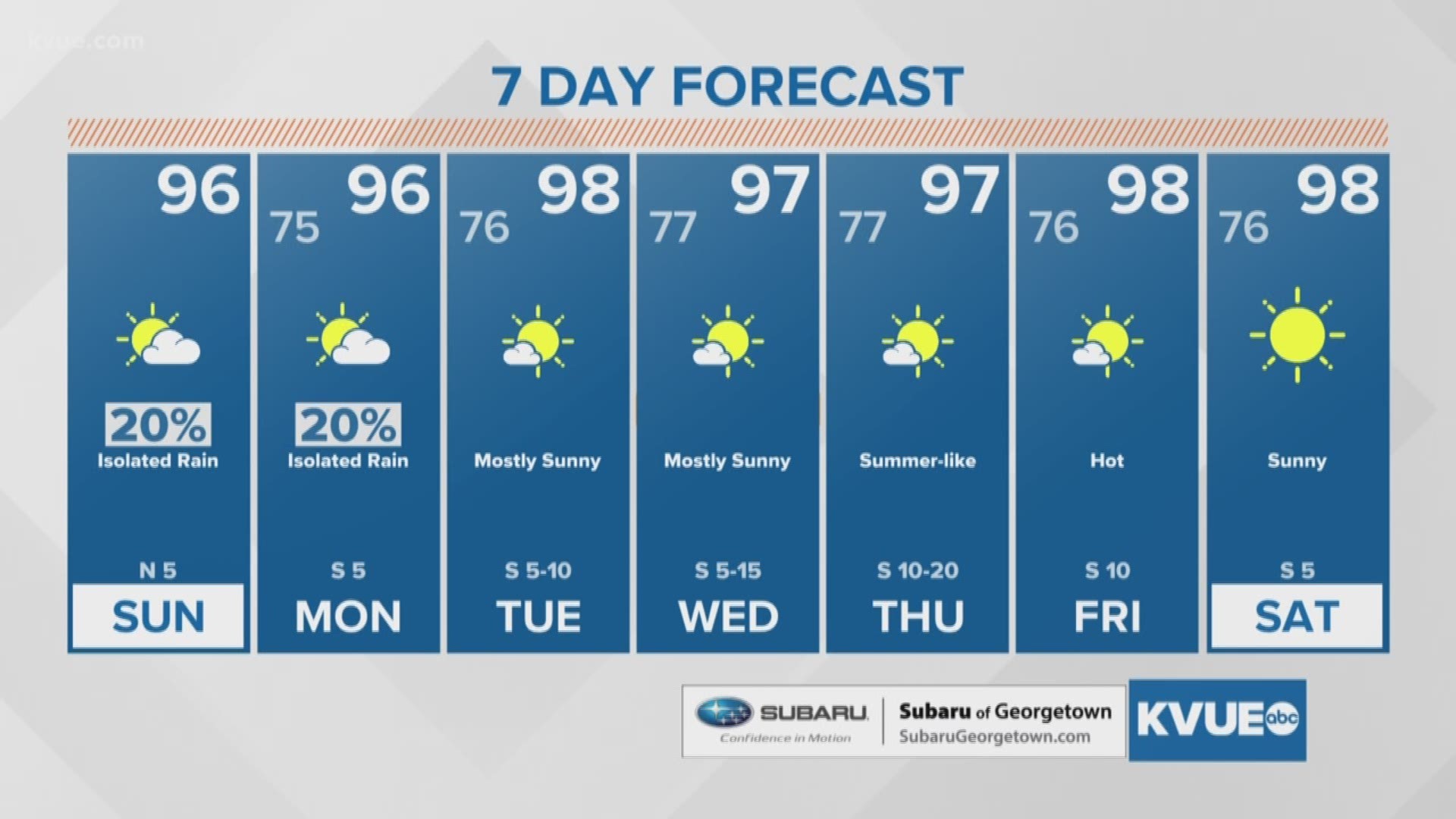 AUSTIN, Texas — Barry was upgraded to a category one hurricane as it moved toward Louisiana near Avery Island on Saturday morning, but the storm has now weakened to a tropical depression as it continues to move north.

The latest update from the National Hurricane Center on Sunday at 4 p.m. has Barry moving north at 9 mph. The storm has 35 mph sustained winds and is dumping heavy rain from northern Arkansas to the Louisiana, Alabama and Mississippi coastline.

Heavy rainfall from the storm is expected to continue along the Mississippi River and off to the east, leading to the flooding threat. Some of the higher amounts of rainfall will be in spots of southern Louisiana that have already seen plenty of rain from the system.

For us here at home, Barry will be well off to the east and we do not anticipate any effects from the storm. As a matter of fact, we are entering a bit of a warm and dry spell as we head into the middle of July. Temperatures are expected to be just a few degrees above average (but below 100) through the end of next week.

Louisiana declares state of emergency ahead of potential hurricane landfall