"The hardest blow is the money, because we don't have it," Danielle Stewart said. 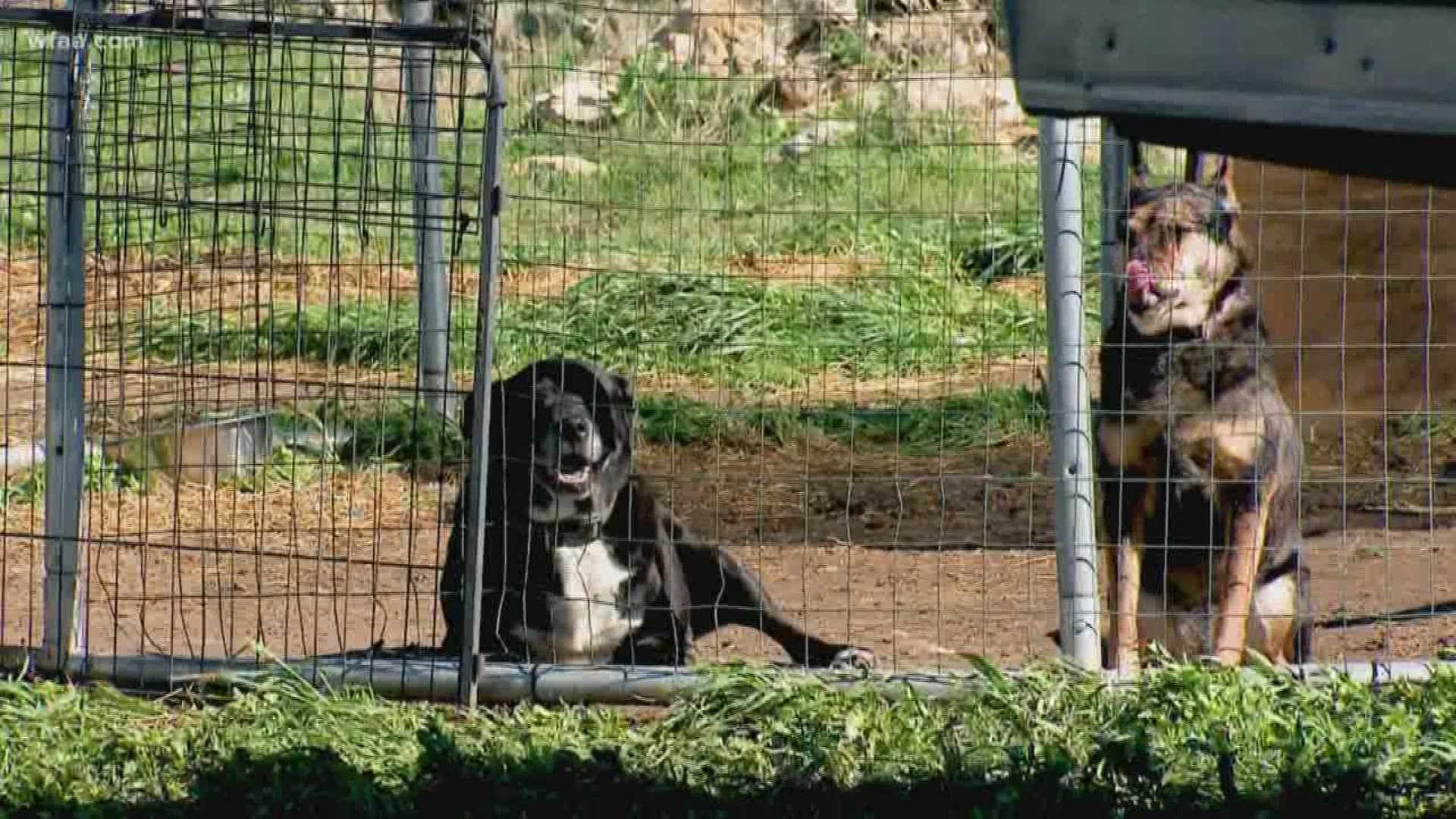 JUSTIN, Texas — A rural dog shelter and rescue in Denton County is asking for help after high winds damaged fencing, kennels, and two mobile office trailers that house dogs on the property.

Apollo Support and Rescue has helped rescue and find homes for thousands of dogs in its 7-year existence in Denton County.

For the past few years, it's been operating on several acres of land in Justin.

It serves as an animal shelter and rescue for not just Justin, but also New Fairview and Rhome too. Right now, they have around 100 dogs on the property.

The winds also severed electricity and plumbing to those trailers, and now there's no way to clean kennels or keep any dogs hydrated who are supposed to be housed in them.

"We had no idea what we were going to see this morning," Danielle Stewart, President of Apollo Support and Rescue, said.

"A lot of people have put their heart and soul into this place, and it's just heartbreaking what we came into today."

Some good news though: No dogs were injured, the community has been dropping off water and food, and a local construction company even volunteered to help clean up debris on the property all day free of charge.

But Stewart is going to need more help, however. To get both trailers stabilized and functioning again, she's looking at coughing up almost $5,000.

The non-profit lives off donations, and that's a lot of money to come up with on short notice.

"The hardest blow is the money because we don't have it," Stewart said. "We barely have enough to pay for dog food right now."

If you'd like to help Apollo Support and Rescue, head to their website. You can donate here.