The victim's mother said the school didn't do enough to protect her daughter. 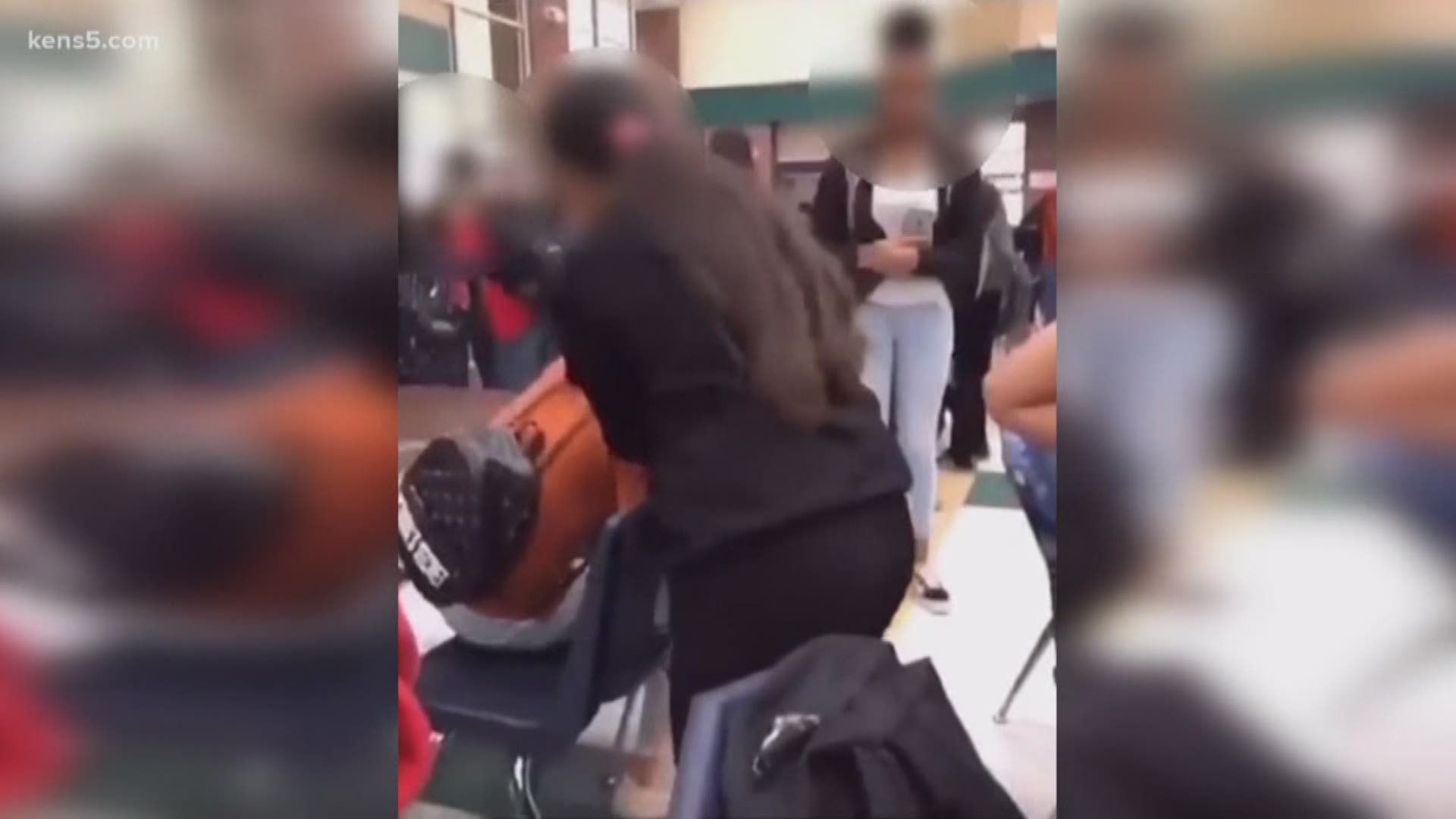 SAN ANTONIO — A violent attack in a middle school lunchroom—all caught on video.

The victim’s mother is speaking out, and said she wonders why the school didn’t do more to protect her daughter.

“I was angry and furious at what my daughter had gone through. I was in shock that nobody did anything,” said the mother.

She asked that we not reveal her identity because she’s still afraid for her daughter. Seeing the video of her daughter being violently attacked at school is not easy for a parent to watch.

“When they pulled her down, her glasses fell off. I know they hit her in the face,” she said.

The fight happened April 5 at Vale Middle School in Northside ISD. The mom of the seventh grade student said the school didn’t do enough to keep her daughter safe.

She said after the attack, the other girl involved was moved out of her daughter’s classes and suspended for only a few days. The mother said the two girls continued to ride the same bus after the incident.

“I still don’t know why they were trying to hide it. Every time I wanted answers, they would tell me they couldn’t say anything,” she said.

The family received the video last Friday, a week after the fight.

The video was screen-grabbed from an Instagram account and sent via text message to the girl’s sister, threatening retaliation.

“She was afraid,” said the girl’s mother. “If she goes back, they were going to beat her up again, and it was going to be worse.”

The family handed over the video to Vale Middle School administrators, and the mother said Northside ISD police arrested the girl who attacked her daughter.

But the mother still wants the school to do more to prevent bullying on campus. “I want to prevent it from happening to another student,” she said.

Northside ISD sent this statement to KENS 5 in response to the incident:

“Campus administration and Northside ISD took swift action to address the incident and to ensure that our Student Code of Conduct was followed. While the matter has not been fully concluded, consequences were issued and further action may be pending. This type of behavior will not be tolerated and will be addressed to the fullest extent possible."

A district spokesperson also said every school has teachers and administrators on duty in the cafeteria during lunch periods.

The mother said she hopes that parents will watch the video and talk to their kids about bullying. “It still hurts me knowing that my daughter goes to school everyday and there’s kids out there that still want to beat her up,” she said.

"I don't want a parent going through what I went through with my daughter. These parents have to talk to their kids about bullying.”