As smoke and flames engulfed the apartment, Phillip Blanks saw what was happening and didn't hesitate. 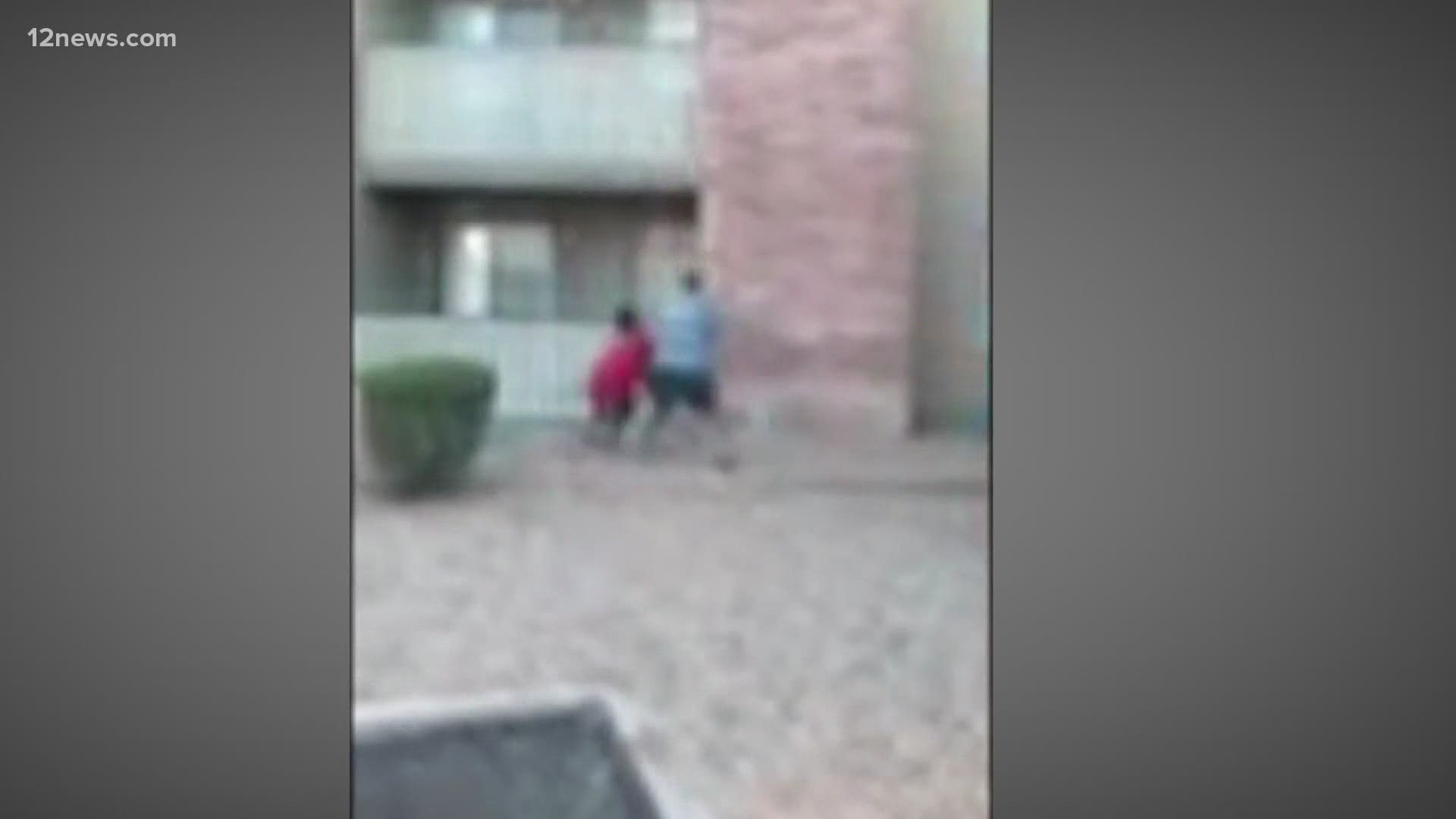 PHOENIX — New video from an apartment fire in Phoenix last week shows a man catching a 3-year-old child dropped from the burning apartment.

The fire broke out at the apartment near 19th and Dunlap avenues on Friday and a woman was found dead by firefighters.

She was identified as 30-year-old Rachel Long, a mother of two children who were also seriously injured in the fire, police said.

As smoke and flames engulfed the apartment, Phillip Blanks saw what was happening.

“I’d seen the building was on fire and like my instinct kicked in immediately. With no hesitation, I just ran to the baby and caught him,” Blanks recalled.

Cellphone video shows Blanks running toward the building, where the third story apartment was engulfed. A woman believed to be the child’s mother desperately dropped him off the third-floor balcony.

Blanks, in the red shirt, jumped into action as the woman dropped the child off the third-floor balcony.

“He got tossed into the air,” he said. “He helicoptered around before he fell. His torso landed right in my elbow. Right here. So, it was a perfect landing.”

Sadly, Rachel did not make it, but her 3-year-old child Jamison did.

Blanks, a Marine and a wide receiver in high school, was there to catch him.

“I can definitely credit to the Marine Corps for instilling this good training in me to save a life,” he said. “I don’t see myself as a hero. A person trained to do my job is trained to protect people.”

According to police, officers arrived at the apartment around 9 a.m. Neighbors met the police officers with the two children.

Police say officers carried the children, an 8-year-old girl and a 3-year-old boy, to fire rescue units and then they transported both children to a nearby hospital in serious condition. They both suffered serious burns, but they will recover.

Rachel Long's husband shared a photo of the family with 12 News:

The fire is still under investigation. Blanks says his thoughts are with the family and he’s making it his mission to continue to help the kids.

“Just try to get these kids as much love and attention and help as they can get,” said Blanks.

There is a GoFundMe for Long's family.