The video shows store employees trying to break up a fight between two groups of people at the southeast-side location. 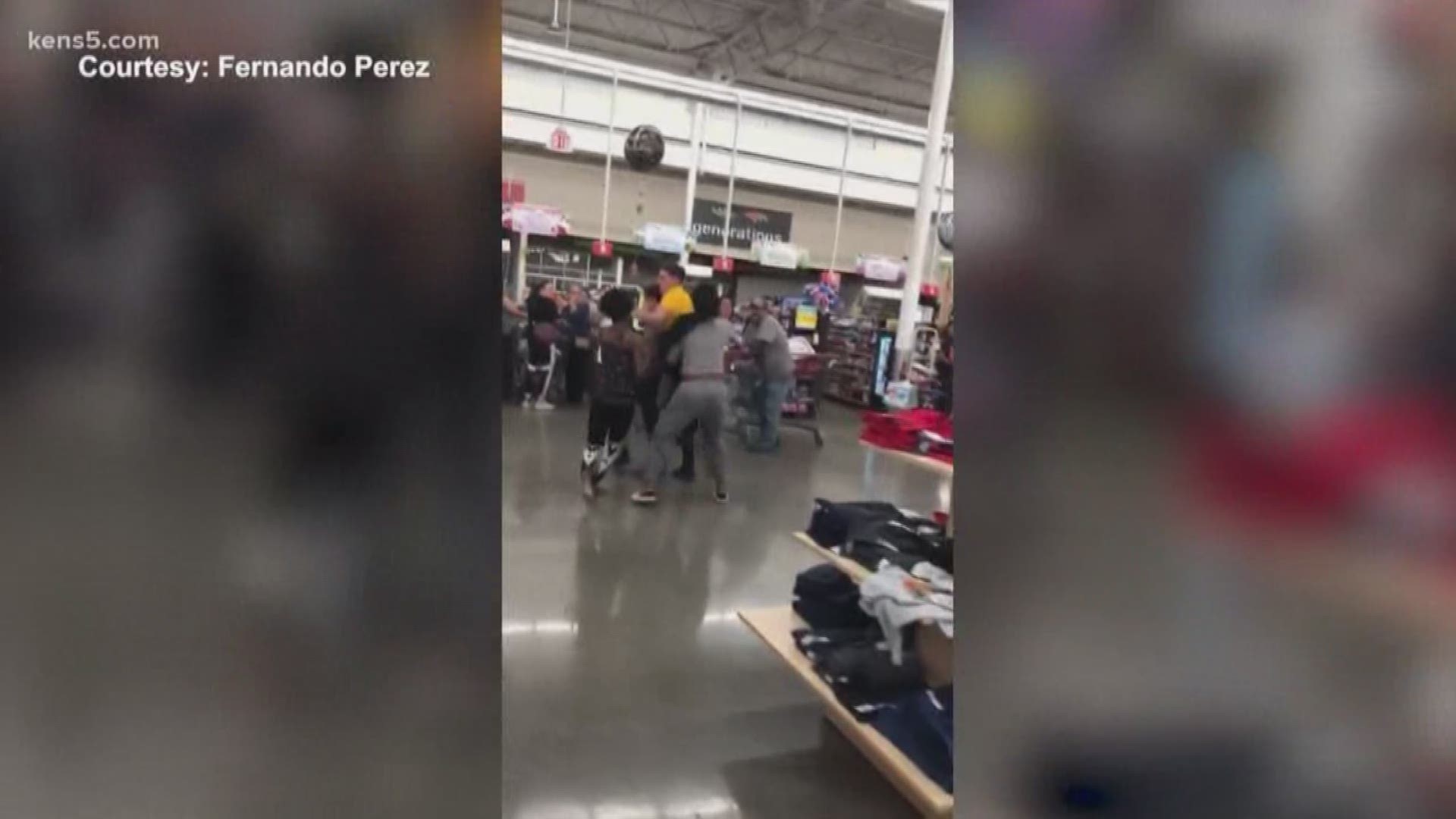 SAN ANTONIO — Fists and profanities flew in a recent brawl at a San Antonio H-E-B that was caught on video, and has since gone viral on social media.

Video of the fight is spreading online, having been taken inside a store on South New Braunfels on the southeast side. A man can first be seen swinging at a woman near the store's baby aisle before, seconds later, being escorted away by an H-E-B employee. The two are separated, and the commotion seems to calm down.

But the anger doesn't stop there. More profanities are thrown as two women can be seen fighting each other, one of them placing the other in a chokehold. Meanwhile, other customers are seen frozen in place, stunned by what's unfolding.

Then, the woman from the earlier fight drops her purse and comes running back to brawl some more. More punches are visibly thrown, and the group of people are seen shoving one another.

KENS 5 reached out to H-E-B for comment, and they did not address the incident itself. They sent us the following statement:

"Over 100,000 H-E-B partners are working tirelessly to assist our customers, communities and those in need during this meaningful holiday season. It is unfortunate that KENS 5 chooses to hop on the bandwagon focusing on a viral video while the rest of San Antonio prepares for a season of thanks, friendship and family."

It's unclear what exactly started the fight, and it's unknown if police were involved, or if anyone was seriously hurt. The video was posted late Tuesday night, and has already been shared nearly 6,000 times as of Wednesday evening.