VERIFY: Will Texans be voting on a state income tax in November?

The post states during the upcoming election, voters will get a chance to vote on permanently banning a state income tax. 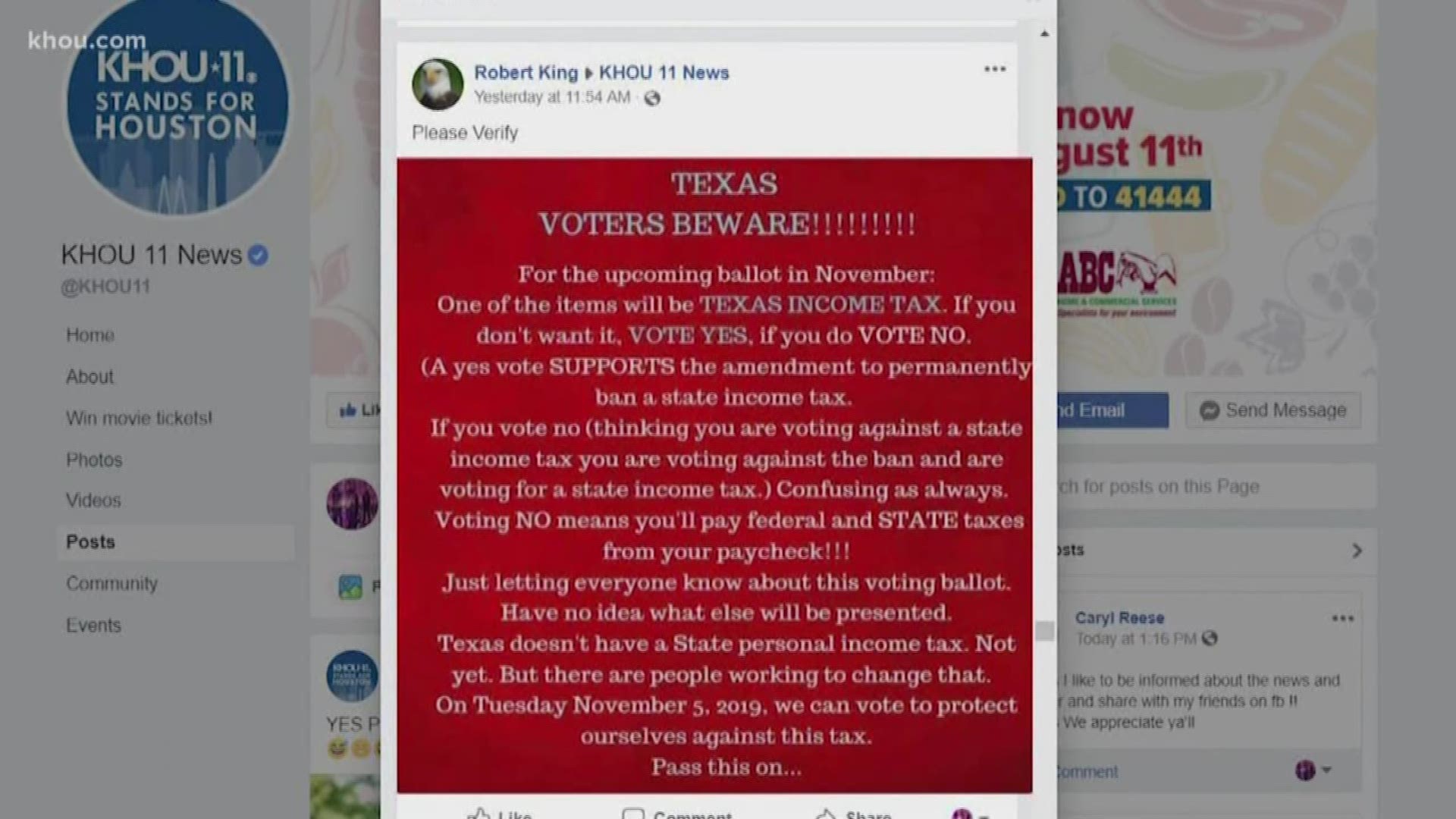 The post warns the measure will be on the upcoming November ballot.

At the moment, Texas is just one of seven states without a personal income tax.

The post states during the upcoming election, voters will get a chance to vote on permanently banning a state income tax.

A “yes” vote supports the amendment while a “no” vote means Texas residents will pay state and federal taxes.

To verify, we spoke with Stephen Chang, Director of Communications for the Texas Office of the Secretary of State.

Chang said voters will get a chance to vote on several changes to the Texas constitution this November.

One of those measures is Proposition 4, also known as HJR 38.

If it passes, an amendment to the state’s Constitution would ban state taxes from being imposed.

Chang said by voting “no” the language would not be added.

However, that doesn’t mean Texas residents would all start paying a state income tax.

He said it just means there would be no ban.

We can verify a part of this post is true: the November ballot will include a State Income Tax amendment.

Voting against the amendment does not mean a tax would automatically go into effect.