VERIFY: No, the unemployment rate will not be impacted if you keep requesting benefits but are no longer qualified

The U.S. Bureau of Labor Statistics excludes self-employed workers and anyone who has run out of benefits. 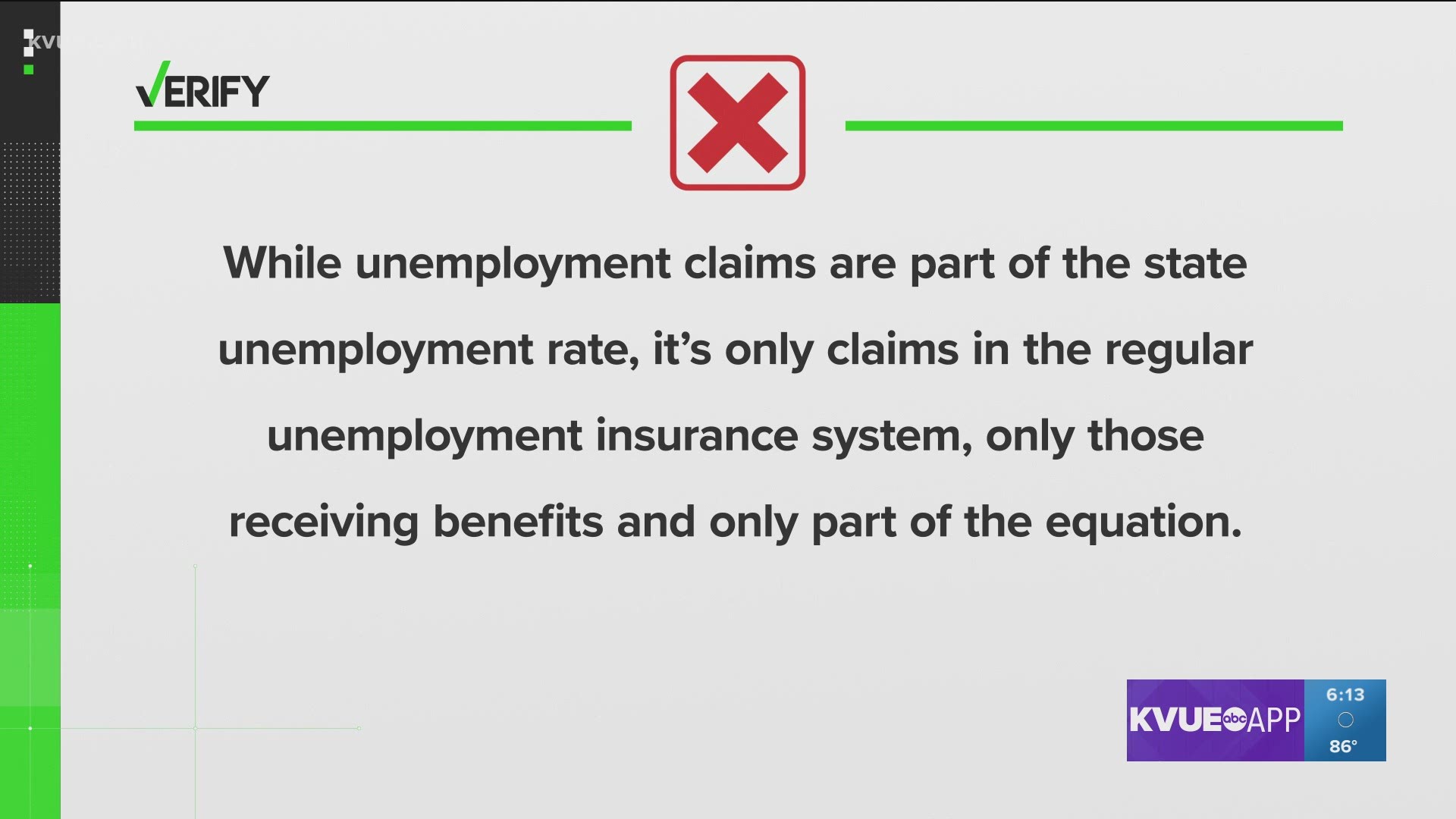 “Will the unemployment rate be higher if those out of work and no longer qualified for benefits file claims away?”

False: The unemployment rate is not impacted by people filing claims even if they’re not qualified or have run out of benefits

Texas had more people file for unemployment recently than any other state in the country.

The State reported the biggest job loss was in the manufacturing industry.

For some workers, like gig-workers, the pandemic unemployment benefits ended in June.

That program ending will not have an impact on the unemployment rate, according to TWC and DOL.

The U.S. Bureau of Labor Statistics shows it excludes “several important groups” including “self-employed workers” and “anyone who has run out of benefits.”

We asked Serna if people should apply anyway.