VERIFY: Is the Impossible Burger healthier than a traditional burger?

The "Impossible Burger" is making waves nationwide, but is it actually healthier than a regular burger? 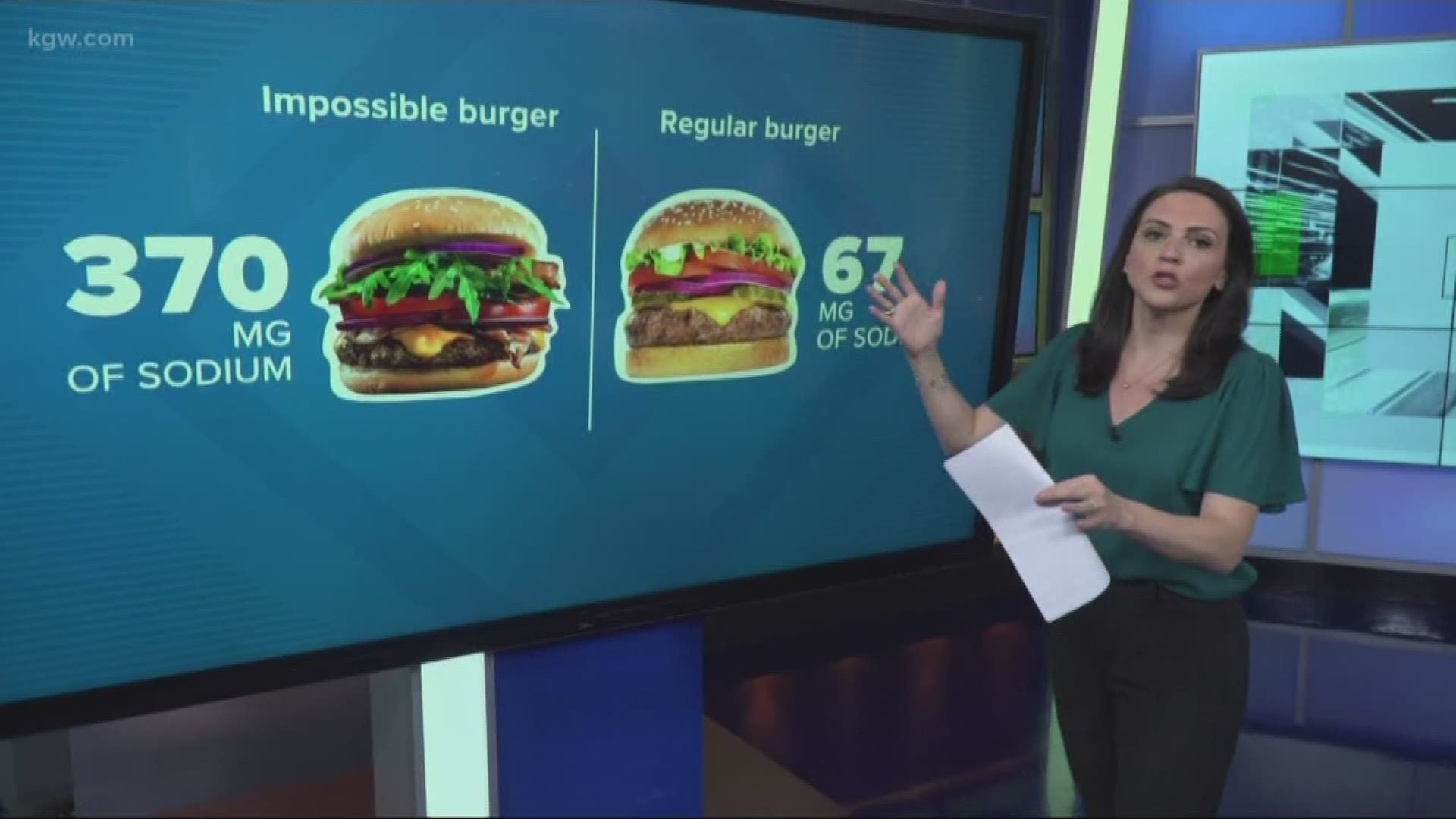 PORTLAND, Ore. — The plant-based Impossible Burger is gaining popularity nationwide as an alternative to traditional burgers -- even Burger King is jumping into the trend by selling an "Impossible Whopper."

And you can easily find the Impossible Burger all over Portland, from fancy hotel restaurants to drive-thru fast food stands.

Impossible Foods spent years perfecting their recipe for the Impossible Burger in a Silicon Valley lab, specifically to engineer it to look, taste and smell like a regular burger. Its popularity skyrocketed this year as more Americans are looking for healthier - and more environmentally-friendly - ways to consume food they love.

So we wanted to Verify: Is the Impossible Burger healthier than a traditional burger?

Our source for this story is Tracy Severson, a dietitian at OHSU's Knight Cardiovascular Institute.

In comparison, a regular 4-ounce hamburger with 80/20 ground beef has 6 grams of saturated fat.

Severson says you should limit your saturated fat intake to less than 7 percent of your calories, which translates to 12 to 16 grams per day for most adults.

But it's not all bad news for the Impossible Burger! Because it contains no animal-based products, there's no dietary cholesterol in it.

However, Severson says you should still be mindful, especially of saturated fat.

The new recipe for Impossible Burger also cut down on their sodium content, from 580 mg to 370mg.

A hamburger patty of the same size contains 67 mg sodium, and that's without adding any extra salt you may use to season it. Just an eighth of a teaspoon of salt raises that burger's sodium to around 360 mg.

We can Verify: No, the Impossible Burger is not healthier than a regular burger, because of its high saturated fat content.

"When thinking solely about cardiovascular health, there does not appear to be a huge benefit from choosing the Impossible Burger over a regular beef hamburger," Severson explained.

Instead, she says you should focus on foods that are plant-based and minimally processed, like beans, lentils or nuts.

"[They'll offer] cardioprotective benefits such as fiber and antioxidants—so these foods actually help the heart in addition to replacing a protein source that may be harmful to the heart," Severson said.

RELATED: VERIFY: Why is a tax included on my Winco receipt?

RELATED: VERIFY: Yes, food and medication can cause false positives on drug tests

Do you have something you want Verified? Email Verify@KGW.com