VERIFY: Are you better off if you get COVID-19 now versus a year ago?

Thanks to the advance in medical treatments, we can VERIFY you are in better hands now than if you were infected with coronavirus a year ago. 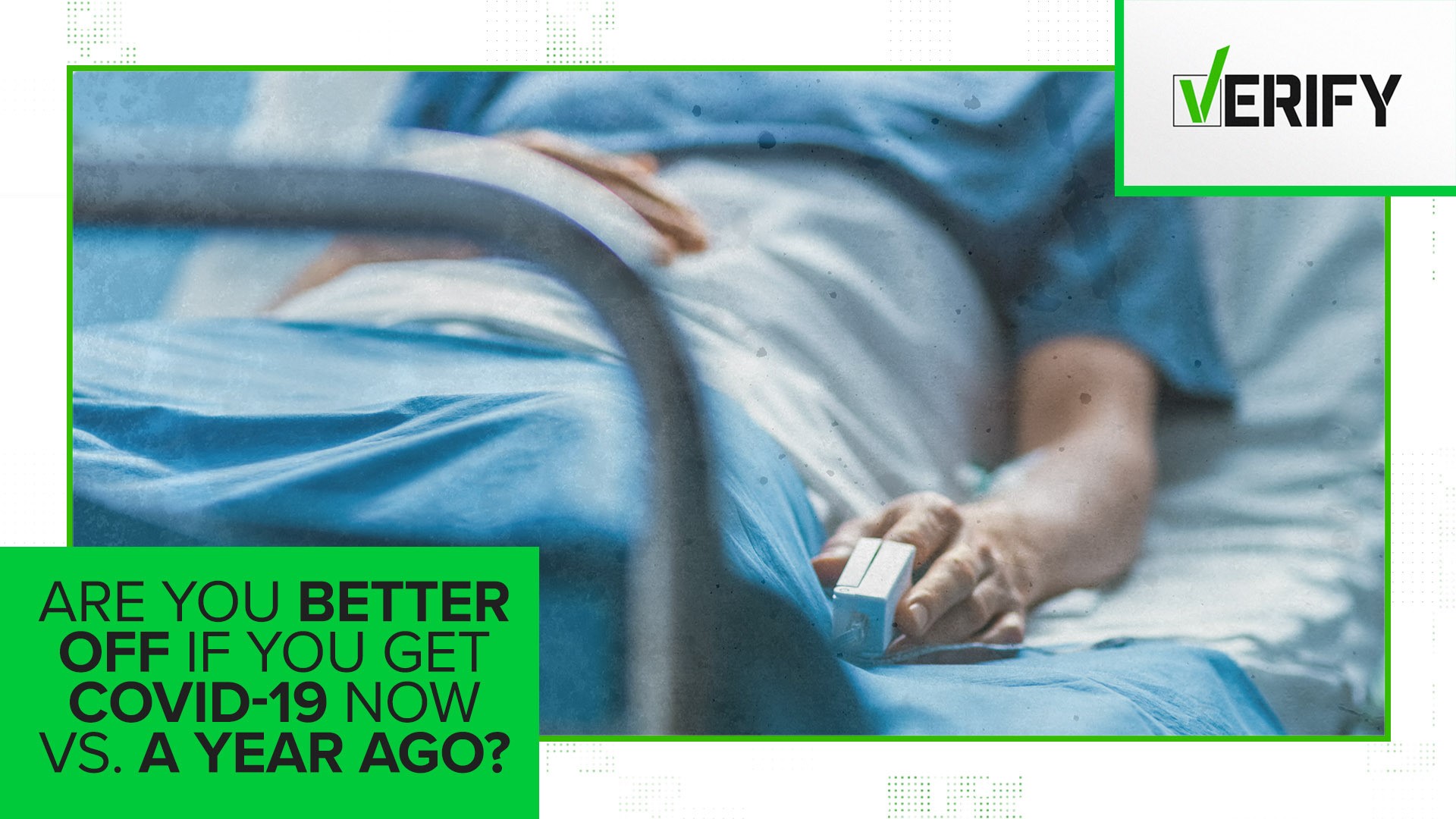 SEATTLE — When the pandemic first hit, death rates were astronomical, in part because of how deadly the novel coronavirus is, but also because it was just that – novel or new. Scientists didn’t know anything about it.

After a year, are you any better off if you get COVID-19?

After a year of such staggering loss, doctors have finally learned which drugs work and which don’t – like Remdesivir, which is an antiviral medication that was used a lot in ICUs last spring but now doesn't appear to be as effective.

RELATED: VERIFY: Will chemotherapy limit effectiveness of the COVID-19 vaccine?

Conversely, doctors discovered that an old trick in their pulmonology playbook is very helpful in attaining their No. 1 goal of preventing death. It’s called proning.

"Flipping individuals from their back to their belly several times – potentially for weeks on end – appears to be beneficial for a certain cohort of critically ill patients," Gupta said.

And a recent study confirmed, “In this case series, all patients experienced significant improvement in respiratory status during the initial prone-positioning period.”

An even bigger weapon is monoclonal antibodies, which are special COVID super-fighters, that can prevent you from needing a hospital at all.

Another piece of the puzzle is the knowledge that once you’re vaccinated, you’re far less likely to spread the virus.

"The shedding is going to be much lower," said Greninger. "Most of the numbers I've seen are going to be in the 60 to 70% lower range."

Doctors also learned about the benefits of dexamethasone.

"It helps diminish inflammation that's caused by this virus in the body," Gupta said. "It helps people get off the ventilator more quickly and saves lives. We know that now. We didn't necessarily know that at the beginning of the pandemic."

With the advance in medical treatments, we can VERIFY if you do get coronavirus, you are much better off now compared to people who got a diagnosis in 2020.