COVID-19 has already been far more deadly in the U.S. 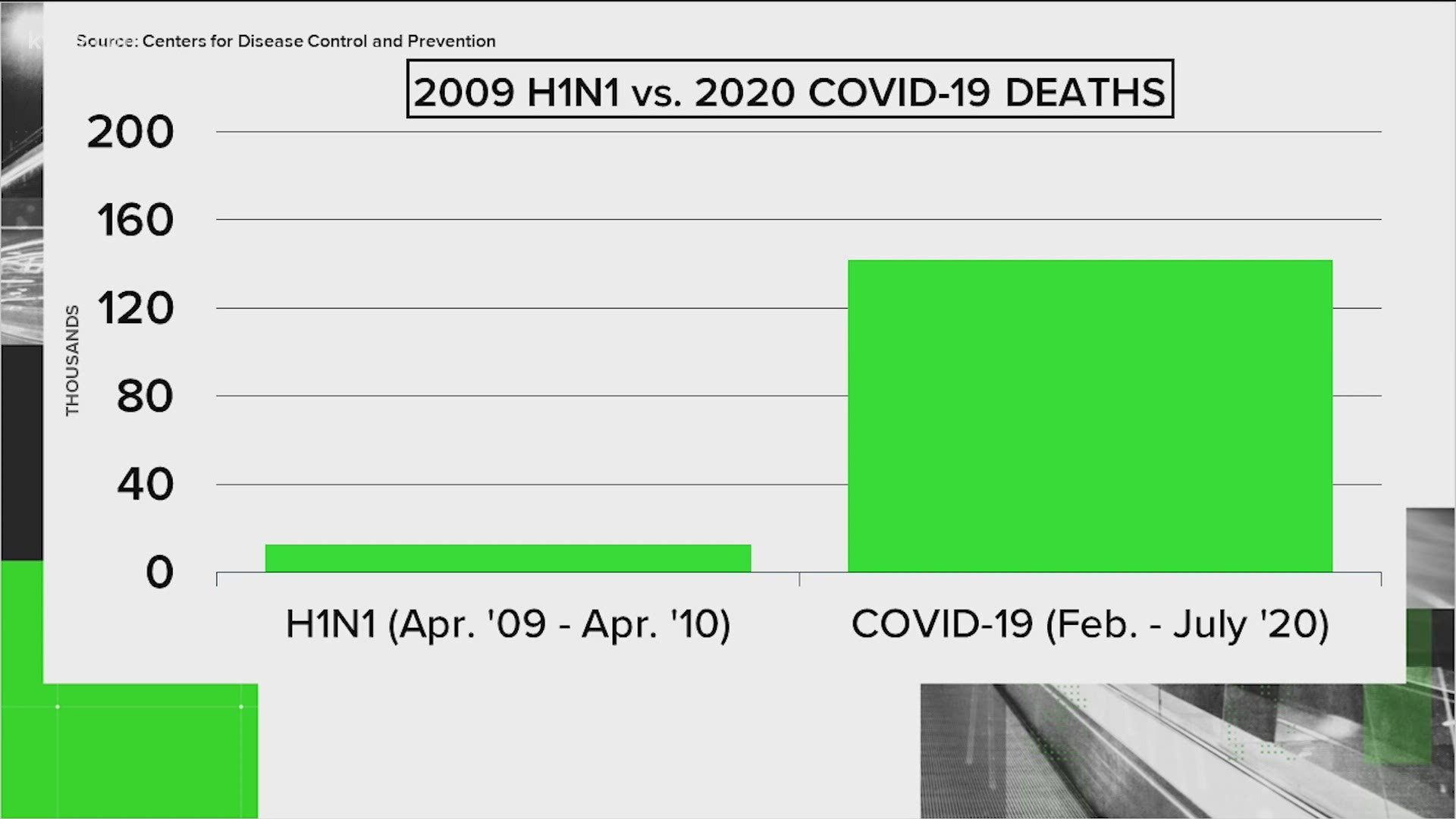 AUSTIN, Texas — You're probably seeing your social media feeds filled with posts about COVID-19, and we want to make sure you're getting the truth.

A viewer texted KVUE this week asking if we'd do a story comparing the 2009 swine flu H1N1 pandemic to COVID-19.

The viewer specifically asked about a post, which claims "only 56 million more cases to go until we reach swine flu cases from 2009."

RELATED: A 'double whammy' on hospitals: coronavirus and flu patients

Our source for this is going to be the Centers for Disease Control and Prevention.

A CDC report on the 2009 swine flu outbreak estimates there were 60.8 million H1N1 cases nationwide in the first year of the outbreak.

As of Thursday, COVID-19 has infected around 4 million people in the U.S. Of course, we're only six months into the coronavirus pandemic, and we're comparing it to the first full year of swine flu.

On the surface, the "56 million cases to go" claim seems accurate. But an analysis from JAMA Internal Medicine of CDC data out this week said the number of people infected is actually likely two to 24 times as high as the confirmed case count right now.

That would put our 4 million cases anywhere from 8 million to 96 million cases, which would considerably change the context of the claim.

And while the H1N1 cases appear to outnumber COVID-19 cases, at least for now, the swine flu doesn't come anywhere close to being as deadly.