VERIFY: Yes, migrant border encounters are up during Biden administration, but were higher during Trump era

Data shows there is a surge happening at the southern border. But the numbers also show surges have happened under every recent administration. 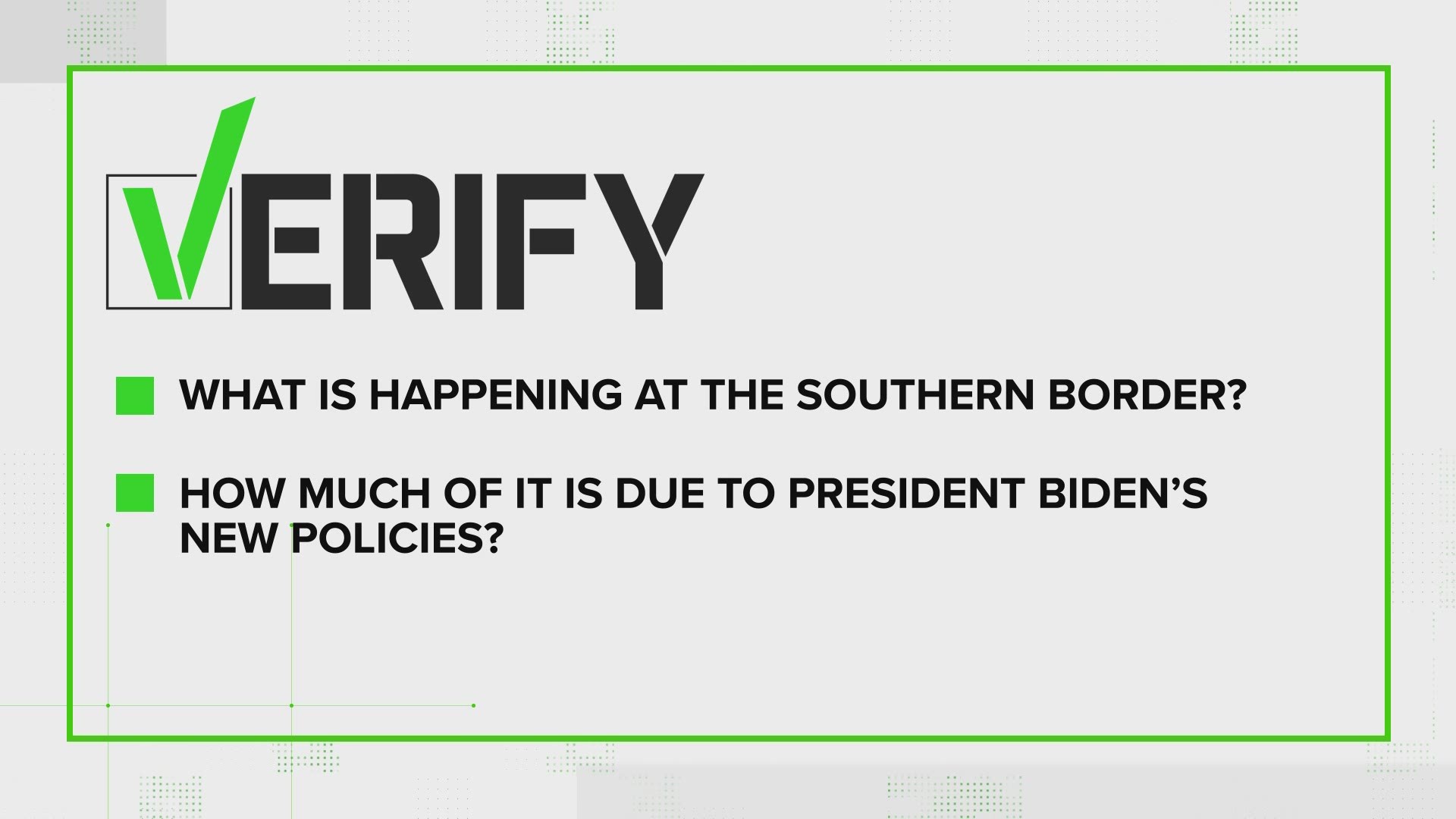 We’re talking about the surge of people trying to get into the U.S. on our southern border.

WHY ARE WE VERIFYING THIS?

Politicians have been playing the blame game. Republicans, like GOP leader Kevin McCarthy, are blaming President Joe Biden for what they’re calling a surge.

Meanwhile, Democrats claim this situation already existed and that Biden is trying to fix it.

What is happening at the southern border? How much of it is due to Biden’s policies?

Data shows there is a surge happening at the southern border. But the numbers also show surges have happened under every recent administration. There’s no way to definitively answer which administration’s policies are to blame.

Our source is the U.S. Customs and Border Protection.

If you only look at recent months, it does appear to show an increase since Biden took office.

However, if you look at recent years, you get a fuller picture.

According to U.S. Customs and Border Protection data, that increase started under President Donald Trump’s administration. His policies were in place in 2019 when we saw even larger surges in March, April, May, and June.

For the last seven months of President Trump’s administration -- from April to December -- the number of encounters on the southwestern border steadily increased.

So there have been surges under both Trump and Biden.

Matthew Eshbaugh-Soha is the head of the department of political science at UNT. He told WFAA this is a humanitarian crisis that needs a solution, and says presidential leadership is important.

He said Biden might be open to a long-term solution that allows more migrants to come to the U.S., but that won't happen in the near future.

"And these individuals, even though they face economic hardship and political persecution at home, a solution might be to be patient and wait for that major policy change before you flood the borders with little hope of maintaining long term entry," Eshbaugh-Soha said.