Brood X cicadas are starting to emerge across the East Coast after 17 years underground. 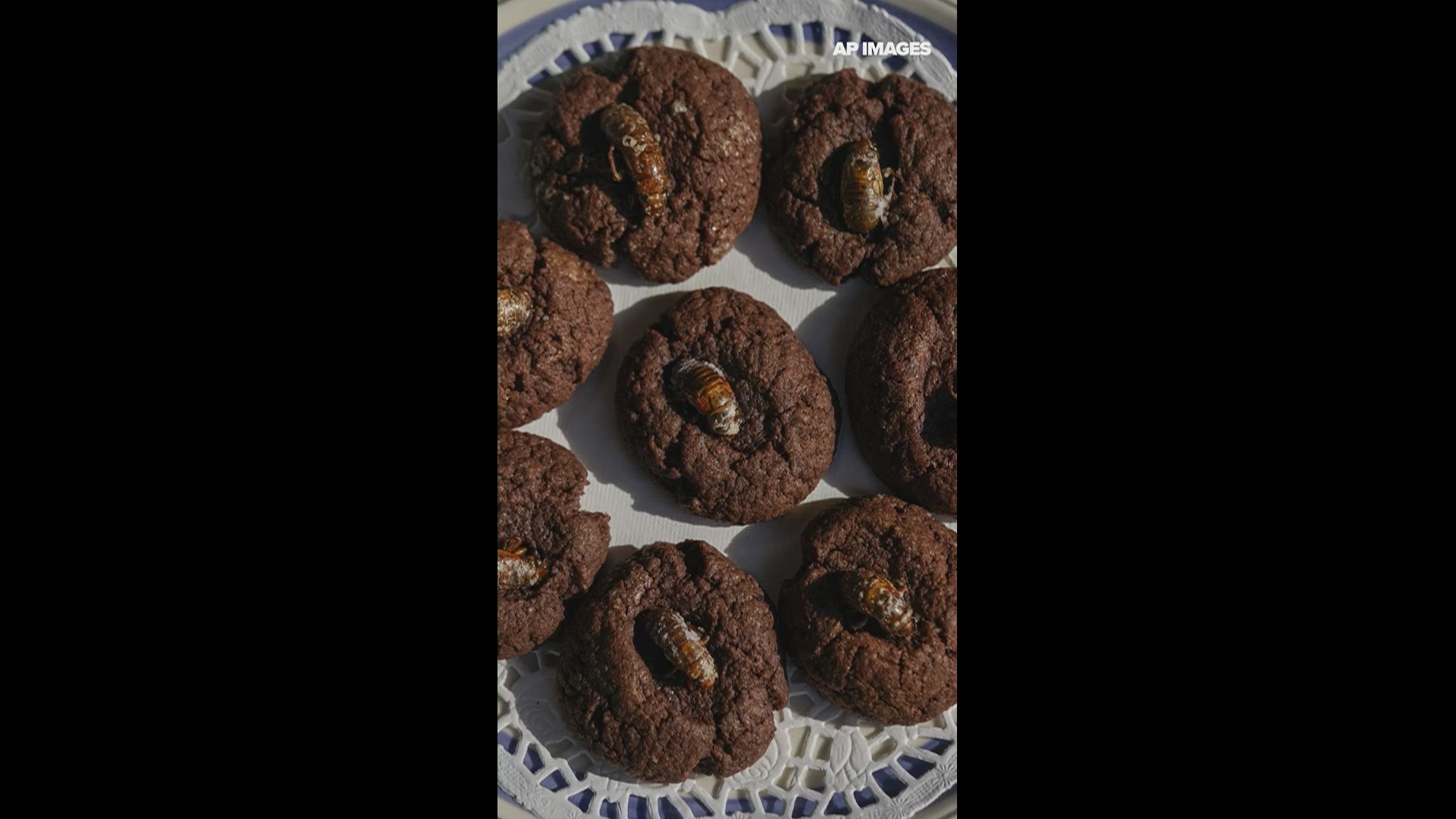 After 17 years of lying dormant below the ground, trillions of red-eyed Brood X cicadas — pronounced “brood ten” — are set to emerge in parts of the East Coast this May, just in time for their mating season.

The VERIFY team with the help of several experts compiled a list of everything you need to know about Brood X.

Where can you find Brood X? Are there any other broods?

There are 15 broods, or groupings, of periodical cicadas in the eastern United States.

“Twelve of those are 17-year cicadas, and three are 13-year cicadas, but they’re designated by Roman numerals,” according to Dr. Paula Shrewsbury, professor of entomology at the University of Maryland.

When will the Brood X cicadas emerge from the ground, and what will that look like?

George Washington University Postdoctoral scientist Zoe Getman-Pickering told WUSA’s VERIFY team in April that Brood X cicadas will begin to emerge at night near the beginning of May.

“They can tell the minute it gets to 64 degrees, eight inches down into the soil, and once that temperature is hit they know it's time to come out," said Getman-Pickering. "But they're not all really good at it, so you'll have a few that will come out a little early and few that'll get a little confused and come out a little late."

On social media, some people in the Washington, D.C. area say they have already started to see the cicadas emerging this week.

What have the Brood X cicadas been doing while underground for 17 years?

"Pretty much the equivalent of laying on your couch and eating Doritos for 17 years," said Getman-Pickering.

Brood X cicada females cut little holes in tree branches and lay about 20 to 30 eggs into each hole. The baby cicadas, which are also called "nymphs," hatch, fall down and dig tunnels into the soil where they suck on the tree roots and eat sap for nearly 17 years.

Scientists are still trying to understand how the cicadas know 17 years have passed.

What happens after the Brood X cicadas emerge?

Brood X’s primary mission is to find a mate. Once they emerge, nymphs will climb tall objects, like trees, before molding or shedding their skins to become full-blown adult cicadas, according to Dr. Shrewsbury.

“The male cicadas are making the noise because that's how they attract the females. So, males, they go up into the trees, by the hundreds and hundreds and hundreds, and make this very loud chorus. We call it ‘singing.’ And when they're all together in a tree, it's a chorus. The louder they are, the more females they will attract to the tree,” she said. “When the females get close, the song changes between the male and the female. And he has a special song for that special female. If she likes him, and she decides she wants him to be the father of her babies, she flicks her wings, and then he knows that it's OK and then they mate.”

After choosing a mate, the female cicada lays her eggs.

“Over her lifetime, she can lay about 400 to 500 eggs,” said Madeline Potter, a graduate student at the University of Maryland and member of the “Cicada Crew.”

Here's a map of active periodical cicada broods in the U.S., courtesy of the USDA Forest Service:

How long will the Brood X cicadas stay alive above ground?

“Cicadas that emerged in May will begin to die off in mid-June after they have mated and laid eggs,” according to the Nature Conservancy.

According to Dr. Floyd Shockley, collections manager at Smithsonian’s National Museum of Natural History, and The Nature Conservancy, Brood X cicadas are edible for humans and pets.

“Dogs, in particular, like to eat them,” Dr. Shockley told VERIFY. “They're there, they're non-toxic, so they're not going to be poisoning your pet. But what happens often, especially in dogs, is that they're eating to the point that they don't realize that they've eaten too much, and it will upset their stomach, but it's totally safe.”

The Nature Conservancy says cicadas are also a favorite among cats as well, as they are not venomous.

There have been periodical insects for many years, Shockley says, and there’s documentation that Native Americans used them as a food source along with many cultures in other parts of the world.

Cicadas can also be used almost interchangeably with shrimp in cooking, but according to Shockley, you should avoid eating them if you have a shellfish allergy.

"I will warn you though, if you have shellfish allergies you can have an allergic reaction to cicadas," said Shockley.

Will the Brood X cicadas impact my yard or garden?

Brood X cicadas are not considered pests like ants or termites, as they do very little damage in the short amount of time they live above ground.

"As they tunnel through the soil and underneath, feeding on tree roots, they're not harming the trees, but in fact are aerating that soil and providing a benefit there," said Dr. Jim Fredericks, chief entomologist for the National Pest Management Association.

If you have new, young trees you may run into some minor damage, though.

"When the female cicada lays her eggs, she actually cuts the end of the twigs on the branches, and it serves her eggs into those," said Fredericks. "So, it can sometimes cause damage, but really only the youngest or most fragile trees see any risk."

What can you do if you want to avoid the Brood X cicadas?

You’ll have to leave town to get away, according to Dr. Shrewsbury.

“If you live in Maryland, or this DMV (D.C., Maryland and Virginia) area, and you don't like cicadas, you could go to the Eastern Shore and just hang out there for about three or four weeks and wait until the cicadas are gone. The cicadas do not emerge on the Eastern Shore,” she said.

What can a person do if they have a negative reaction to either the sight or the sound of swarms of Brood X cicadas?

If you’re having any feelings of anxiety or distress about the emergence of the Brood X cicadas, Dr. Gwilym Roddick says, “Anxiety is a normal reaction to something that is a threat.”

He continued, “In that moment when someone feels distressed, they should acknowledge that they feel distressed and act in a way they would prefer to be acting – literally not based on the way they are feeling or thinking – literally as if you were an actor with a camera and someone was shooting you and you are a person who needs to walk to their car and get in it regardless of what you’re thinking or feeling. That’s what you need to do.”

In early August, the Nature Conservancy says the Brood X cicadas’ eggs will begin to hatch, about a month or so after the bugs that emerged in May have already mated and died off.

“The dead adult insects will drop back to the ground and help fertilize the soil,” according to their website. “You can even add dead cicadas to your compost pile. It’s a great example of the natural circle of life.”

VERIFY
Our journalists work to separate fact from fiction so that you can understand what is true and false online. Please consider subscribing to our daily newsletter, text alerts and our YouTube channel.  You can also follow us on Snapchat, Twitter, Instagram or Facebook.