One woman's story about facial recognition replacing boarding passes on her international flight led to some questions. 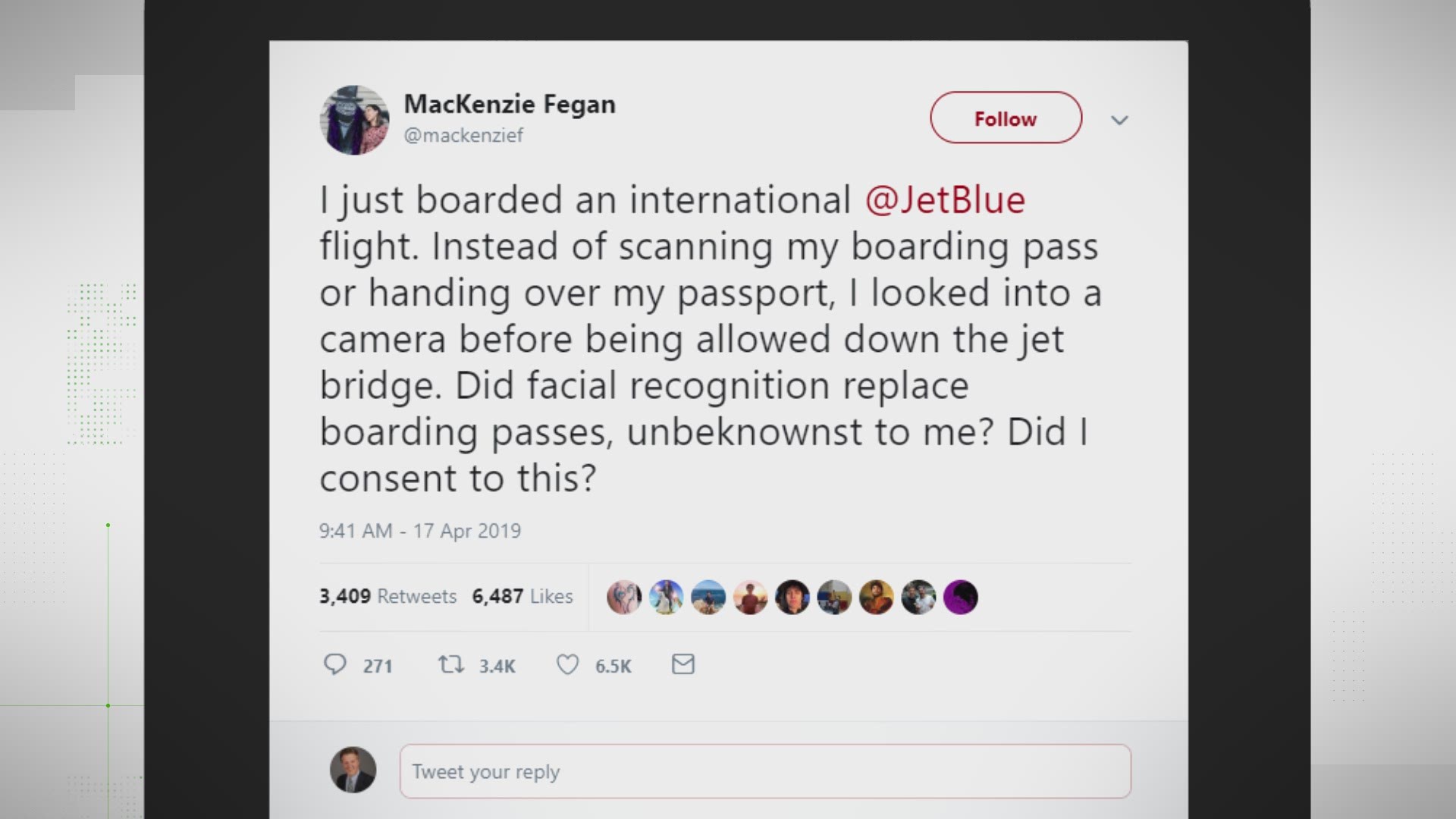 How your personal information is stored is rightfully an important topic on a lot of people's minds. Recently, a viral social media post led to questions and concerns after a traveler described her experience using facial recognition to board an international flight.

MacKenzie Fegan posted on Twitter about how when she went to board her JetBlue flight that instead of showing her boarding pass or passport, she was asked to use a machine that scanned her face and allowed her to on board.

Does JetBlue really use facial recognition software to let passengers on flights? Where do they get your photo from?

Yes, JetBlue and other airlines have started using facial recognition terminals at certain airports. The machines take a picture of a passengers face and run it through a database compiled and maintained by U.S. Customs and Border Protection.

The photos they use come from official documents like passports.

JetBlue announced the roll-out of its “fully-integrated biometric self-boarding gate” at JFK International Airport in a press release from November 2018.

The announcement boasted that passengers wouldn't need to pre-register or anything and all they needed to do was approach the camera for a photo match and march their way into the plane.

Not mentioned in that press release was where that photo was being matched from.

JetBlue explained to the concerned customer on Twitter that the photos come from the Department of Homeland Security. They later clarified the photos are not provided to them and instead remain on the Customs and Border Patrol’s database.

DHS recently published an Entry/Exit Overstay Report for the fiscal year 2018, which included plans on how to use biometric technology to detect visa overstays.

The report also described how the CBP collected the information for their database. “The photographs can come from passport applications, visa applications, or interactions with CBP at a prior border encounter where CBP typically takes a photograph.”

But using technology that way comes with its fair share of controversy. The Electronic Privacy Information Center filed a lawsuit against CBP regarding their biometric entry/exit program.

The lawsuit noted that JetBlue is using facial recognition technology, as well as its database of passport, visa and immigration photographs. The lawsuit also said that this is part of CBP’s "ongoing trials to implement a biometric exit process in the future."

The facial recognition technology used by JetBlue is their own, according to the CBP’s news post. In fact, JetBlue proposed the pilot to CBP.

So yes, claims that JetBlue is using facial recognition technology for passenger plane boarding instead of passports and boarding passes is VERIFIED.