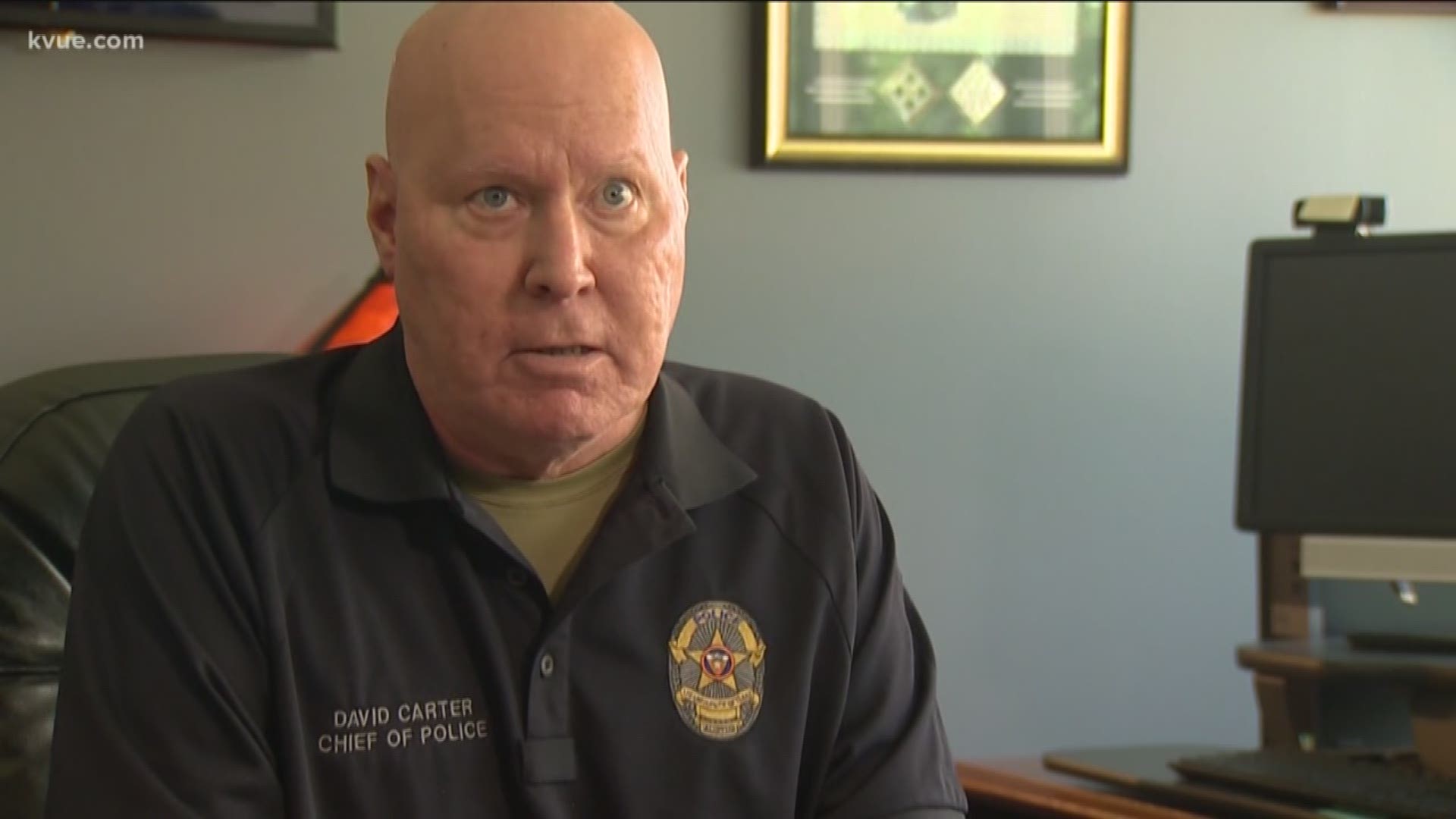 AUSTIN, Texas — After City of Austin ordinances were changed in July to allow homeless people to sit, lie or camp in public spaces, the University of Texas police chief called on the mayor to retract those changes in areas near campus.

“Here we’re starting classes now and the fall semester is well underway," said Chief David Carter. "We want to get ahead of that and basically ask the city to recognize, we don’t want to wait for something to develop. We do believe it’s important to address the issue head on and put us back into a position which we were prior to the original council actions.”

Cheif Carter shared a letter addressed to Mayor Steve Adler and the City Council in late August, which asked them to work to improve public safety by prohibiting public camping near campus.

“This is obviously a work in progress on the city’s part. I don’t know what the end result will be. My hope is they will recognize that there needs to be prohibition areas for that camping as suggested, on The Drag, as well as around the perimeter of campus.” said Chief.

Chief Carter stated that in areas such as The Drag, students and staff often feel threatened due to the homeless population. The letter stated restrictions should be placed in these areas because they are not safe or humane and they pose public health hazards.

“For those involved in certain activities where students may be threatened or intimidated, there needs to be an accountability system there,” said the chief. "We can’t allow those kinds of conditions to exist.”

"At this point, I have no reason to suspect that there have been any changes since the ordinances have changed, but I certainly have reached out to UTPD for some more information about their letter and about their perspective," Tovo said.

You can read the chief's letter in full below:

"As the city of Austin moves to address homelessness in our community, including through the recently approved Council Resolution No. 20190620-184, The University of Texas at Austin strives to be part of the solution. UTPD is actively partnering with City agencies to assist homeless people, and our faculty and staff members offer expertise and programs to address mental health, substance abuse and the other root causes of this problem.

UT recognizes the plight of the homeless community and understands that the ultimate solution lies in finding appropriate housing and meaningful support. However, until that happens, I request that the Council work to improve public safety by prohibiting camping by members of the public in areas along the entire perimeter of campus, as well as in the area west of campus where many students live, work and gather.

Mayor Adler noted in his recent action plan on homelessness that the City should consider placing restrictions on camping, sitting and lying down in areas of high pedestrian activity – including the 'Drag'– 'because they are not the most safe, humane, or best places for people to be, or because they pose public safety risks or public health hazards.'

Indeed, police frequently respond to predatory and harassing behavior along the 'Drag' and other areas along the perimeter of campus where UT students, staffers and faculty embers often feel threatened and where some of the homeless community are victims themselves. In addition, the university hosts a large number of special events throughout the year that encourage pedestrian traffic and increase the density of the area.

The area west of campus is also among the densest neighborhoods in Austin. Large numbers of students, faculty members and staff members travel on foot throughout the day and night, and permitting camping, sitting and lying down in these areas poses a similar public health and safety risk.

The City has a responsibility not only to seek appropriate housing and treatment for the homeless but to recognize that the interface of young students and some subsets of the homeless community have created potential dangers. This view is not based on discriminatory practices but, rather, on real-world experiences of members of the UT community.

People with untreated mental health issues and those who suffer from drug and alcohol addiction desperately need the City's attention. We must also recognize that allowing conditions to go unabated in our community will continue to create risk for the UT community and our campus visitors.

Thank you for your consideration."

Tovo told KVUE the city council has had several discussions about reinstating the camping ban in certain locations throughout the city. Some of those conversations have included the Drag and West Campus, she said.

“Chief Carter’s input is greatly appreciated. UT is a much needed partner on many city-wide issues such as homelessness, affordable housing, urban design, and jobs and we need to be working together more. The Council will consider homelessness action at our next regular council meeting in September, as we indicated we would in June, taking into account the important input we’re getting from the Manager and across the community.”

In late September, UT Senior Vice President Darrell Bazzell added his name to the list of UT authorities who want camping near campus to end. He also wrote a letter to Austin City Council members. 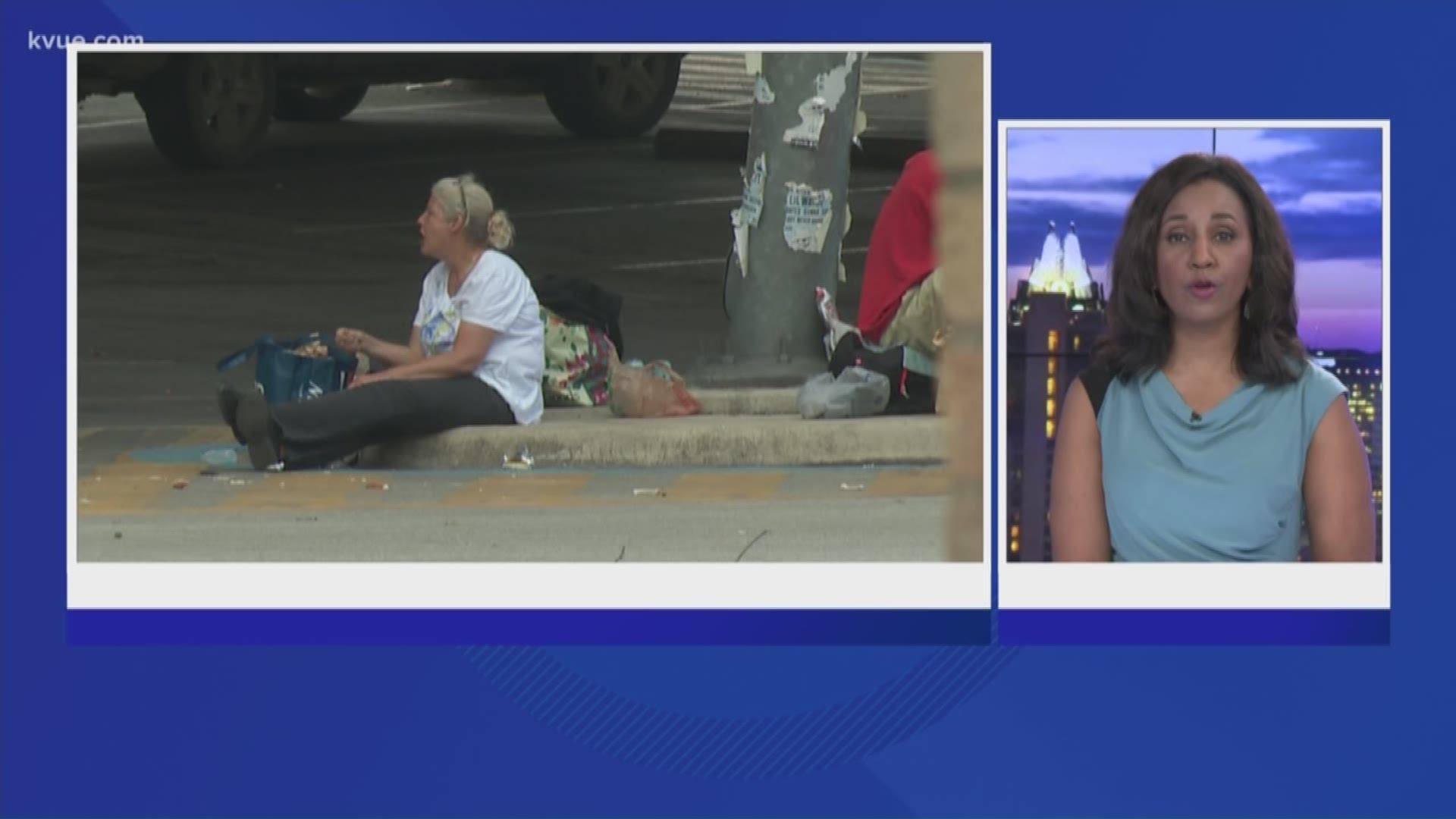