The man and the woman's three children were inside the apartment but were not injured.'She was very scared of him,' a friend said. 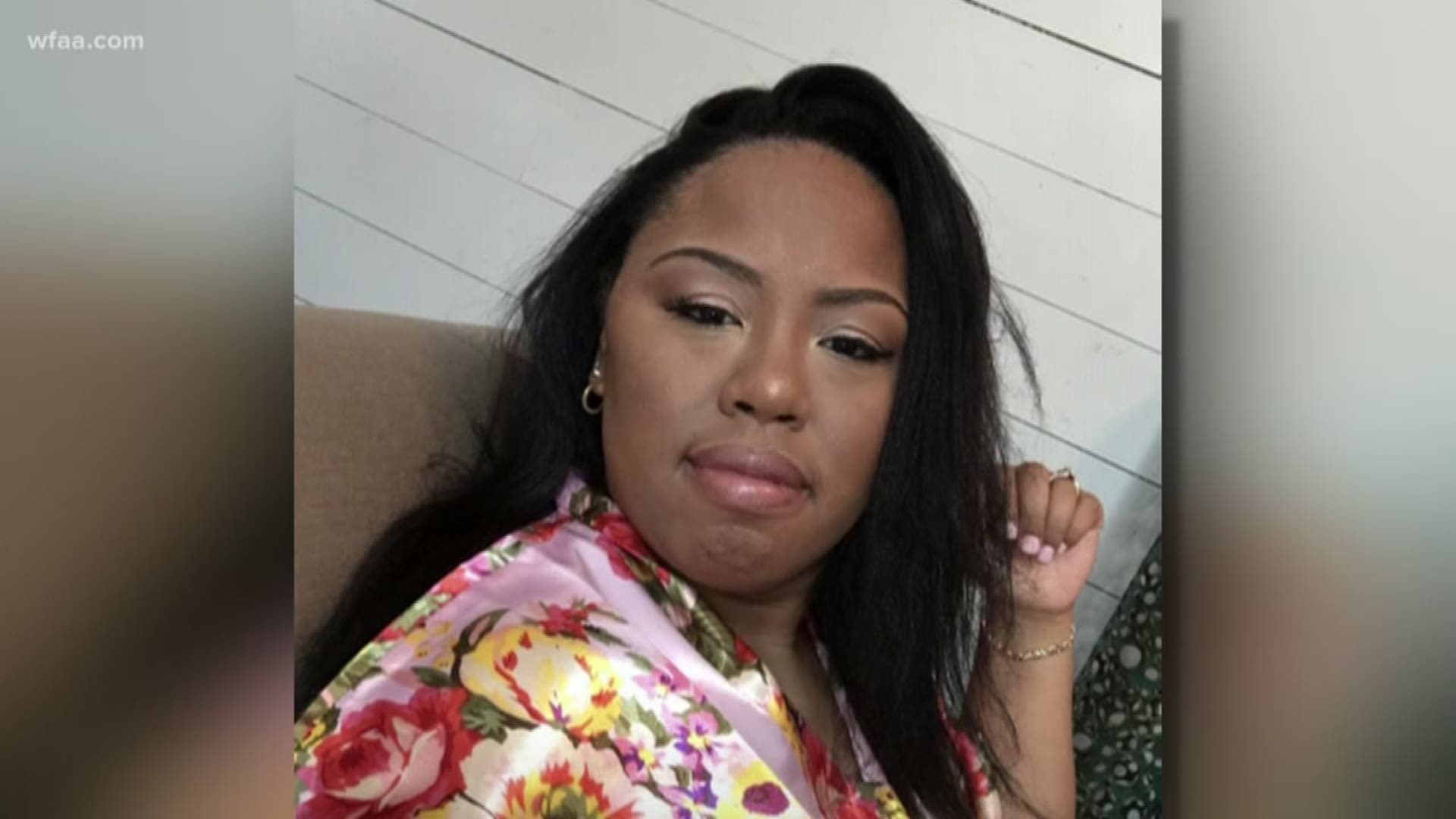 The Thanksgiving Day shooting death of a mother of three was the violent conclusion to what police say had been a volatile on-again, off-again relationship for a decade.

Kishana Jeffers, 30, was shot in the face in front of her three children inside her Lewisville apartment. Daryl Stegall, the estranged father of her children, is accusing forcing his away into the apartment, shooting Jeffers and then turning the gun on himself.

Stegall, a truck driver, is now in critical condition in a Plano hospital.

“He was telling her that he was going to do something, but she didn’t think he would do it,” said Ahminya Overall, a close friend. “He was obsessed with her.”

Overall said Jeffers split with Stegall about eight months ago because he’d violent in front of their children. She’d left him and moved with the kids into a one-bedroom apartment.

“She was very scared of him,” Overall said. “Every time, she called me she told me she was scared. She told me that he had pulled a gun out on her.”

“It’s really sad,” said one neighbor, who asked not be named. “I honestly cannot stop thinking about it because it happened under me.”

She called police twice in June.

Jeffers called police reporting she had been assaulted. Stegall was not there when police arrived. Police said they did not have enough evidence to file charges.

In the other June incident, Jeffers told police her keys were missing and she thought Stegall had taken them.

Friends and family of Jeffers took to Facebook to express their grief.

“My heart is so heavy now just to think this could happen to u,” one friend's message said.

“My heart is so sad right now,” another said.

Overall said her friend was working two jobs – cleaning hotel rooms and working in the kitchen at her children’s school – to support her children.

She spoke to Jeffers the day before Thanksgiving. Jeffers told her she was planning to go a girlfriend’s house for the holiday. She never made it.

“She was a really good mom,” Overall said. “She had a sweet heart, very genuine. I wish this would never have happened to her.”

A woman was killed in an apparent attempted murder-suicide in Lewisville on Thursday, police said.

The suspect, identified as Daryl Stegall, 32, had kicked down a door at an apartment in the 100 block of East Grove Road about 11 a.m. He shot 30-year-old Kishana Jeffers and then went onto the breezeway of the apartment and shot himself and survived, police said.

The man and the woman's three children were inside the apartment but were not injured. It was unknown whether the man and woman were married, police said.

Police said the suspect is being treated at a local hospital.