The Senate Committee on Mass Violence Prevention and Community Safety held its first meeting Thursday at the Capitol. 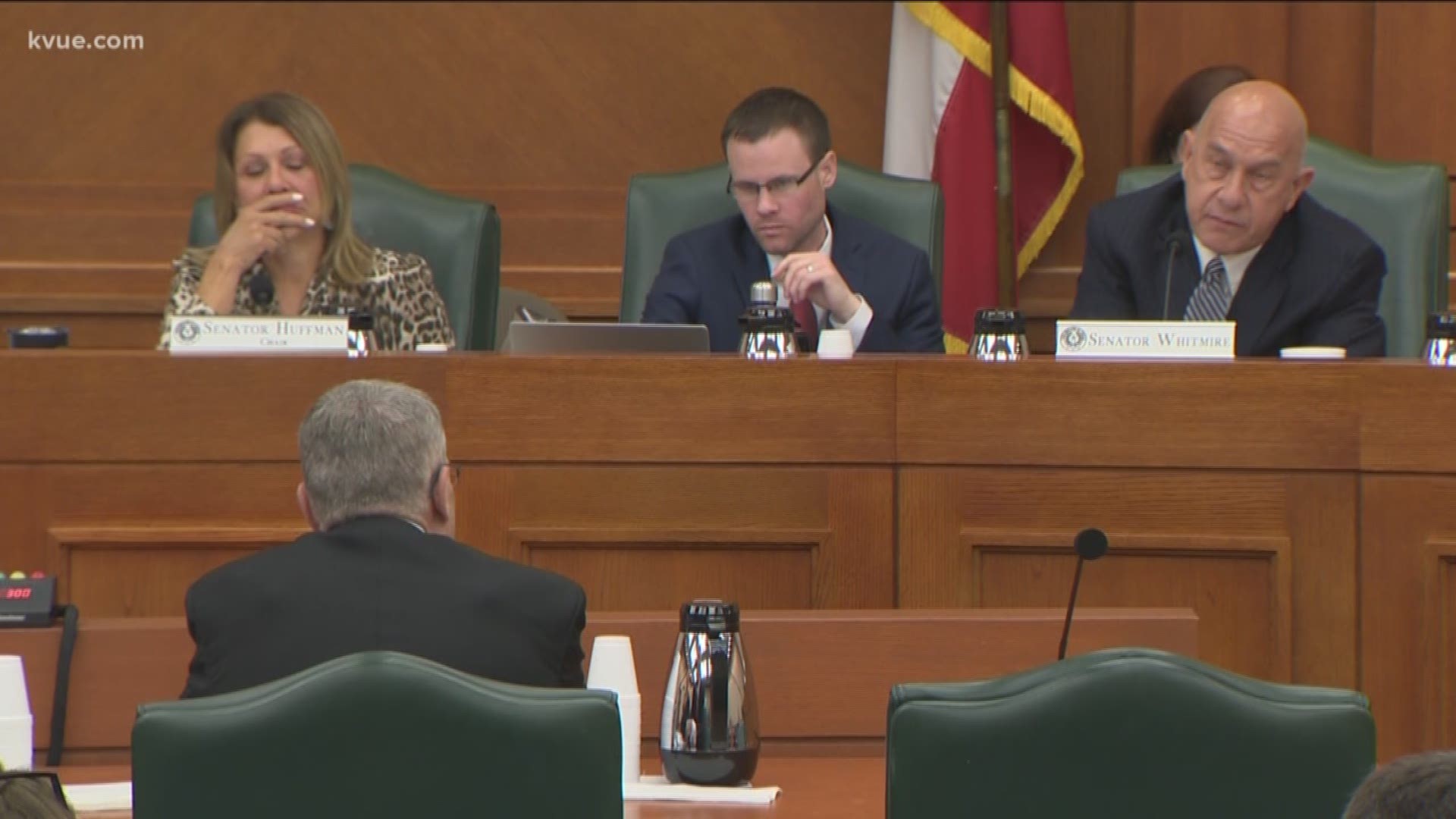 AUSTIN, Texas — The Senate Select Committee on Mass Violence Prevention and Community Safety met for the first time on Thursday at the Texas Capitol.

"Our hearts are wounded," said State Senator Kelly Hancock (R-North Richland Hills). "And so as we get to business, know that this is more than business for us."

The group of nine lawmakers has seven charges from Lt. Gov. Dan Patrick in wake of the mass shootings in El Paso and Odessa that left 29 people dead in August 2019:

'We’re not going to be messing with the Second Amendment in Hood County,' sheriff says

"I want to make something very clear here today, the El Paso Wal-Mart shooting was a hate crime, an act of domestic terrorism," said State Senator Jose Rodriguez (D-El Paso) at the start of the meeting.

The lawmaker's conversation was civil, respectful and at times passionate.

"I personally am not willing to sacrifice our second amendment rights to try to prevent evil from occurring," said State Senator Jane Nelson (R-Flower Mound). "There is no law we're going to pass that keeps evil from going out and killing people."

Lawmakers invited experts in three fields to testify. The first panel consisted of the directors of the Texas Department of Public Safety who discussed issues law enforcement faces in prevention.

The second panel had legal experts who talked about who can buy and possess guns, the holes in the law and issues of reporting within the state's background check system. They also weighed in on red flag laws, saying the process of issuing an emergency risk protection order, which includes numerous legal steps including a notice, response and court hearing, is and of itself due process.

"In most states that have done these, it's not just a risk to self or others, there has to be other evidence," David Slayton, the administrative director of the Office of Court Administration, pointed out.

The final panel discussed the mental health aspect of mass shootings. They recommended the state fund more mental health response teams to help with prevention and in times of crisis. They also debunked common misconceptions about occurrences of mass violence and mental illness.

"We know statistically, less than five percent of those occurrences are related to individuals that have mental health conditions," said Sonja Gaines, the deputy executive commissioner for Intellectual and Developmental Disability and Behavioral Health Services of the Health and Human Services Commission.

The lawmakers said the hearing is a start, further fueling their commitment to find solutions.

"Colleagues, in my 47 years [in the Texas legislature], I don't think ever have we dealt with a more life and death issue than this," said State Senator John Whitmire (D-Houston). "And it's not an understatement to say the eyes of Texas are upon us."

The committee has two hearings scheduled for next month in El Paso and Odessa, where they will hear from victims of the latest shootings and the community.