The car went airborne briefly before landing in the waterway and sinking to the bottom. 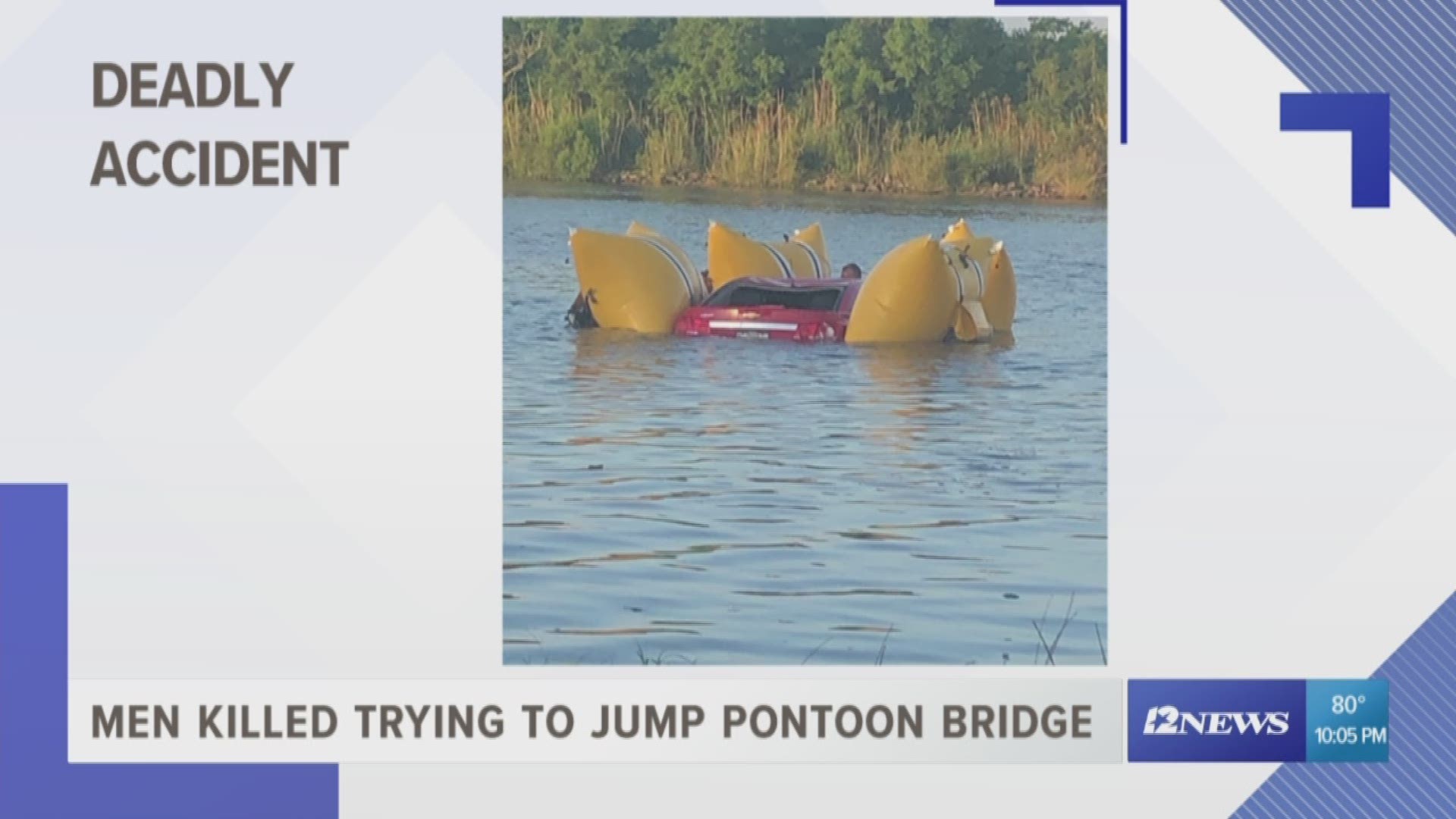 The pair were headed south in a 2016 Chevrolet Cruze on Louisiana Highway 384, also known as Big Lake Road, just after 2 a.m. when the incident happened, according to a news release from the Louisiana State Police.

The pontoon bridge was closed to vehicle traffic at the time to allow a boat to pass on the Intracoastal Waterway, according to the release.

Witnesses told police that the passenger got out of the car and pushed the closed crossing gate arm up so the car could drive under it.

The passenger then got back in the car and the driver drove toward the raised ramp of the pontoon bridge before stopping briefly, witnesses told police.

The car then backed up a bit and drove toward the ramp accelerating before going up and off the ramp in an apparent attempt to jump the open span of the bridge, the release said.

The car went airborne briefly before landing in the waterway and sinking to the bottom, the release said.

The driver was unable to get out of the car and his body was found inside it, the release said.

The body of the passenger was found in the water outside of the submerged car.

Both men were pronounced dead at the scene by the Calcasieu Parish Coroner’s Office, according to state police.

State police obtained toxicology samples from both men whose identities will be released after their families are notified.

The Calcasieu Parish Sheriff’s Office Marine Division and the U.S. Coast Guard assisted in recovering the car and the men's bodies.