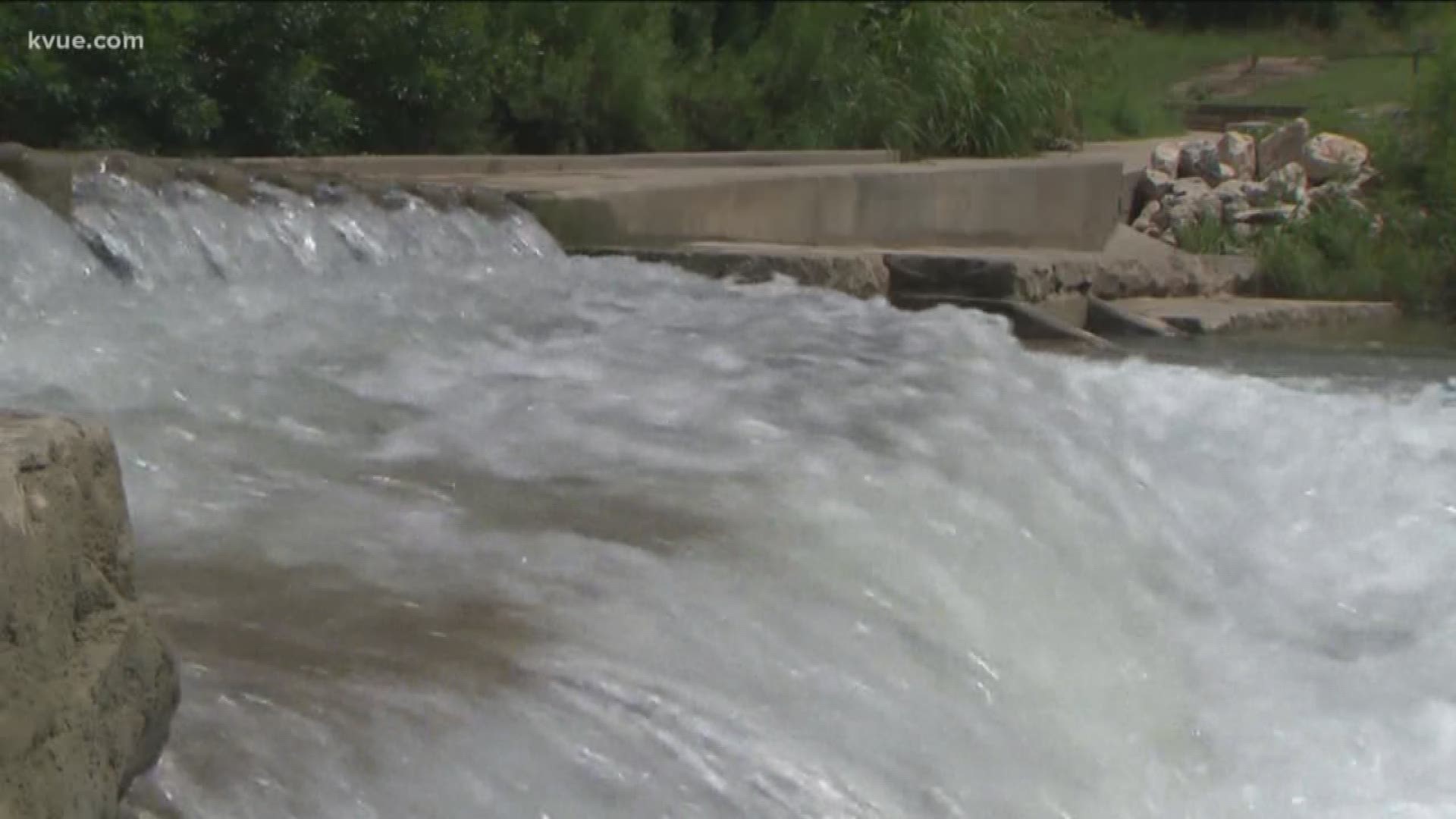 AUSTIN, Texas — Splashing around Blue Hole Park in Georgetown is a summer tradition for the Hernandez family.

"I just swim and I like to get rocks and throw them under," said 10-year-old Oliver.

It used to be a place Desiree Denson took her two-year-old nephew, Emery, too. Until he got an eye infection and a fever after playing in the water two weeks ago. She said he developed symptoms a few days later.

"He had mucus, green mucus under his eye," said Denson. "His mommy took him to the ER and they said it was a bacterial infection in his eyes."

Little Emery isn't the only one who got sick from swimming in the San Gabriel River.

Landon Avery is still recovering from bacterial infections in both his eyes.

"We went out to the river, the Blue Hole between Leander and Liberty Hill," said Avery. "I ended up getting a shard of glass in my right eye near the tear ducts. The glass tested positive for fecal matter and hemorrhagic viral conjunctivitis."

Since then, Avery and Denson both did a little digging and discovered that the Liberty Hill Wastewater Treatment Plant was cited several times for illegally dumping sewage into the San Gabriel River.

The most recent incident happened in May.

This is an issue the KVUE Defenders has covered extensively since last year. Something Denson believes is behind her nephew's infection.

"The sewage from Liberty Hill spilled in it and that's probably the cause of it," said Denson.

On HelloGeorgetown.com, there's plenty of discussion about it.

Avery and Denson are now warning others.

"Just be careful. Don't let them go under the water if they're at Blue Hole," said Denson.

The spokesperson for the Williamson County and Cities Health District declined our request for an interview, but told us that as soon as they get multiple complaints, they will forward those to the Texas Commission on Environmental Quality, the state agency that oversees natural bodies of water.

As of now, they have not received any complaints.