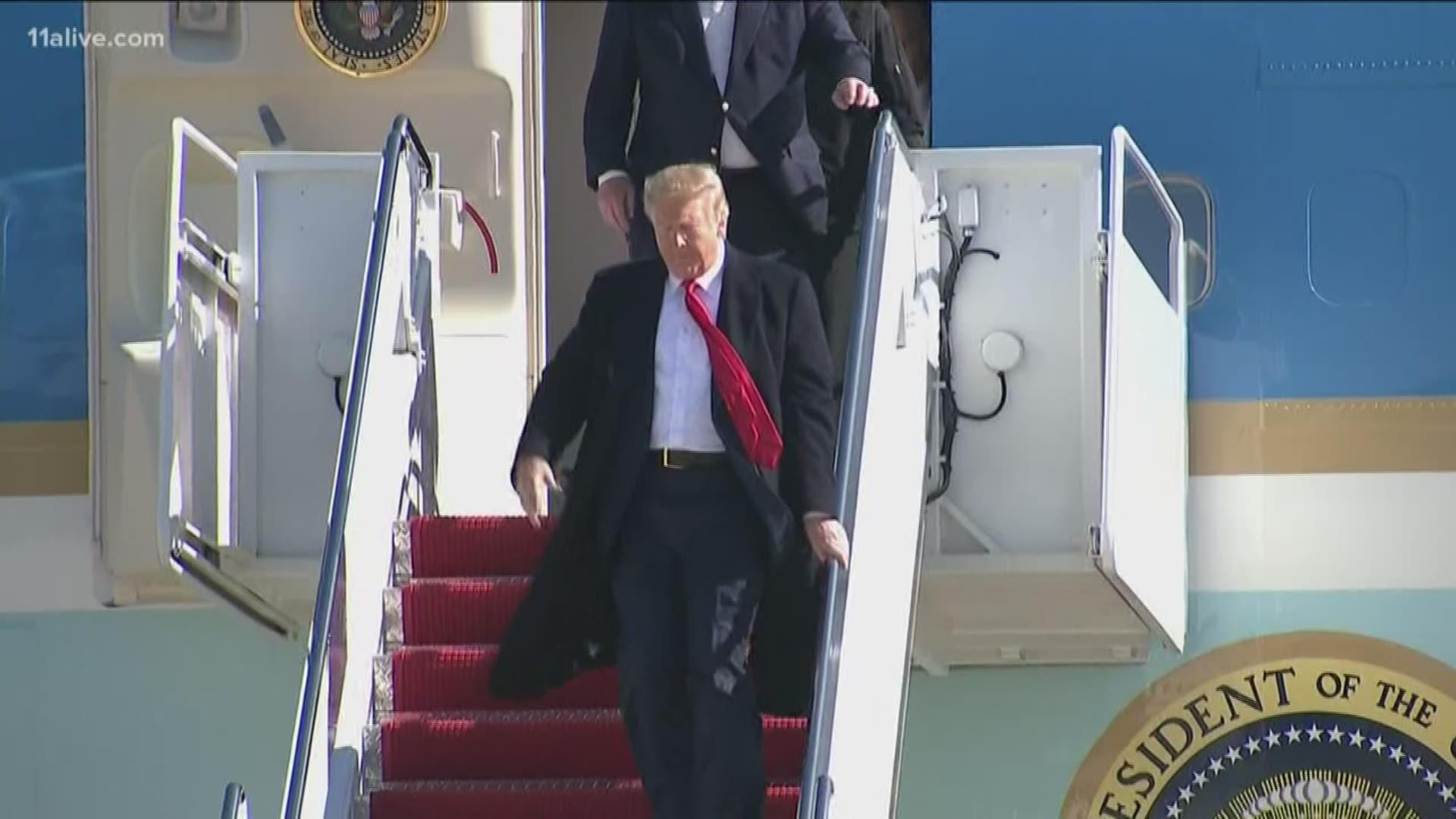 ATLANTA — President Trump is likely to focus on the economy when he makes a pitch to African-American voters in Atlanta later this week.  And he’ll be making the pitch to voters who mostly rejected him four years ago.

There’s little doubt that the economy has boomed and unemployment numbers are approaching historic lows.  The question is whether those are effective selling points to heretofore skeptical African-American voters.

Complaints like those about President Trump are easy to find on the Atlanta campus, a historically black school where voters are just coming of age.

"He’s horrible. He’s not for the people," said Oddessey McDonald, another student.

"He’s racist. He’s a misogynist. I mean, everything," added Bevel, laughing as the list of complaints grew.

But those complaints are only part of the Trump story, says Bruce LeVell. He is a longtime Trump supporter and confidant who thinks African-American voters are ready to look beyond what he calls the "noise" and support a president who, he says, is improving their lives.

"The accomplishments speak for themselves. The rest is just words," LeVell said. "And the lowest African-American unemployment since 1972, when they started to record it, is phenomenal. So the numbers don’t lie."

LeVell is likely to be with Trump when he holds a rally in Atlanta Friday afternoon aimed at African-American voters. LeVell says he expects Trump to tout the federal government's criminal justice reform program, and the creation of Opportunity Zones to grow new businesses.

But some other numbers are daunting for Trump.  An NBC news poll in Georgia in October showed 51 percent of voters overall disapproved of President Trump.  Among those voters, 81 percent of African-Americans responding said they disapproved of the president.

But LeVell says he expects Trump to double his support among black voters next year.

"It’s going to double. And it will. Because of the accomplishments," LeVell said.

The details of President Trump’s rally at the Georgia World Congress Center are still coming together. There will be a lot of press. They’ll be looking to see how much African-American support the president’s campaign can actually rally to be in the room with Trump Friday afternoon.