Months before the primary for DA Margaret Moore's reelection, some believe she has mishandled sexual assault cases. She says she's been tough on those crimes. 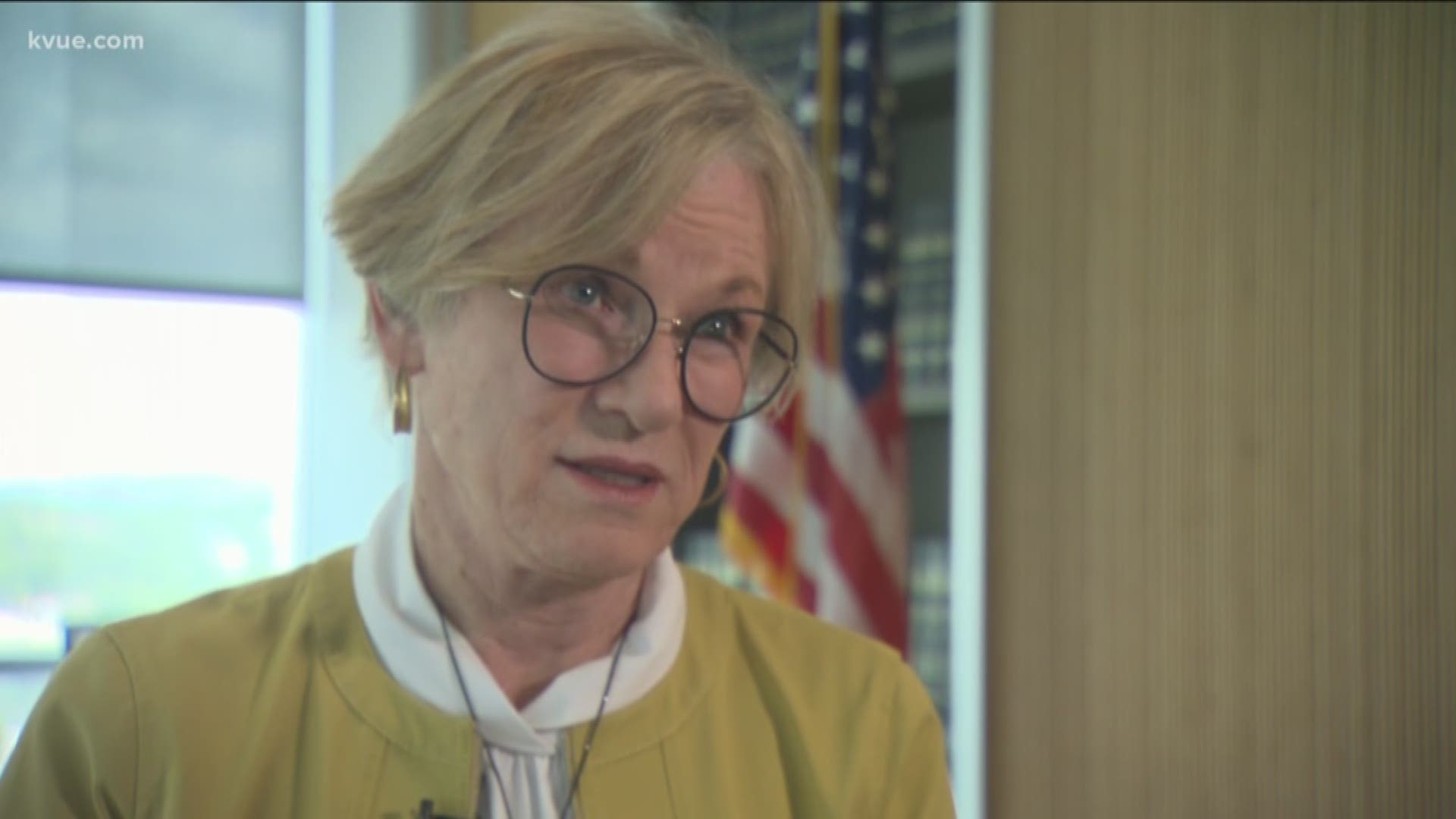 AUSTIN, Texas — Sexual assault is becoming a key issue in the race for Travis County District Attorney next year. Current DA Margaret Moore is pushing out new evidence this week that she's been tough on those crimes, but the criticism just keeps coming.

"It's just wrong what's happening in the DA race, it's wrong how Margaret Moore treated our firefighter when she was trying to receive justice for being filmed in the locker room," said Bob Nicks, Austin Firefighters Association president.

Nicks is the latest to voice concerns about Moore's record on sexual assault cases and cases like firefighter Kelly Gall's. Gall had a fellow firefighter film her in a fire station locker room.

"Kelly feels very much she did not receive justice," said Nicks."What we want to do is just make sure this is a big part of the public conversation on this election coming up."

But if you ask Moore, she says she's made the DA's office tougher on these crimes.

Since 2016, Moore's office has presented more cases every year to grand juries. Also, the number of cases resolved by a plea or a finding of guilt has increased every year.

But those like Nicks, who disagree with the DA, say she doesn't listen to all cases.

"You can disagree, but don't lie to people about what we're doing because if you lie about what's happening in this system, you undermine the confidence of those out there who most need this system," said Moore.

This criticism has also bled into the upcoming reelection bid for Moore.

"Her record on this subject is clear," said Jose Garza, one of Moore's opponents in the March Primary.

He said that there is more that needs to be done with the sexual assault cases that are coming in.

"Our District Attorney's Office has not treated women with dignity and respect," said Garza. "The record on her leadership on sexual assault is clear and it's terrible."

Garza is just one of two candidates so far trying to unseat Moore. Erin Martinson is the other, and she has also criticized Moore. But we were unable to reach her for this story Thursday.