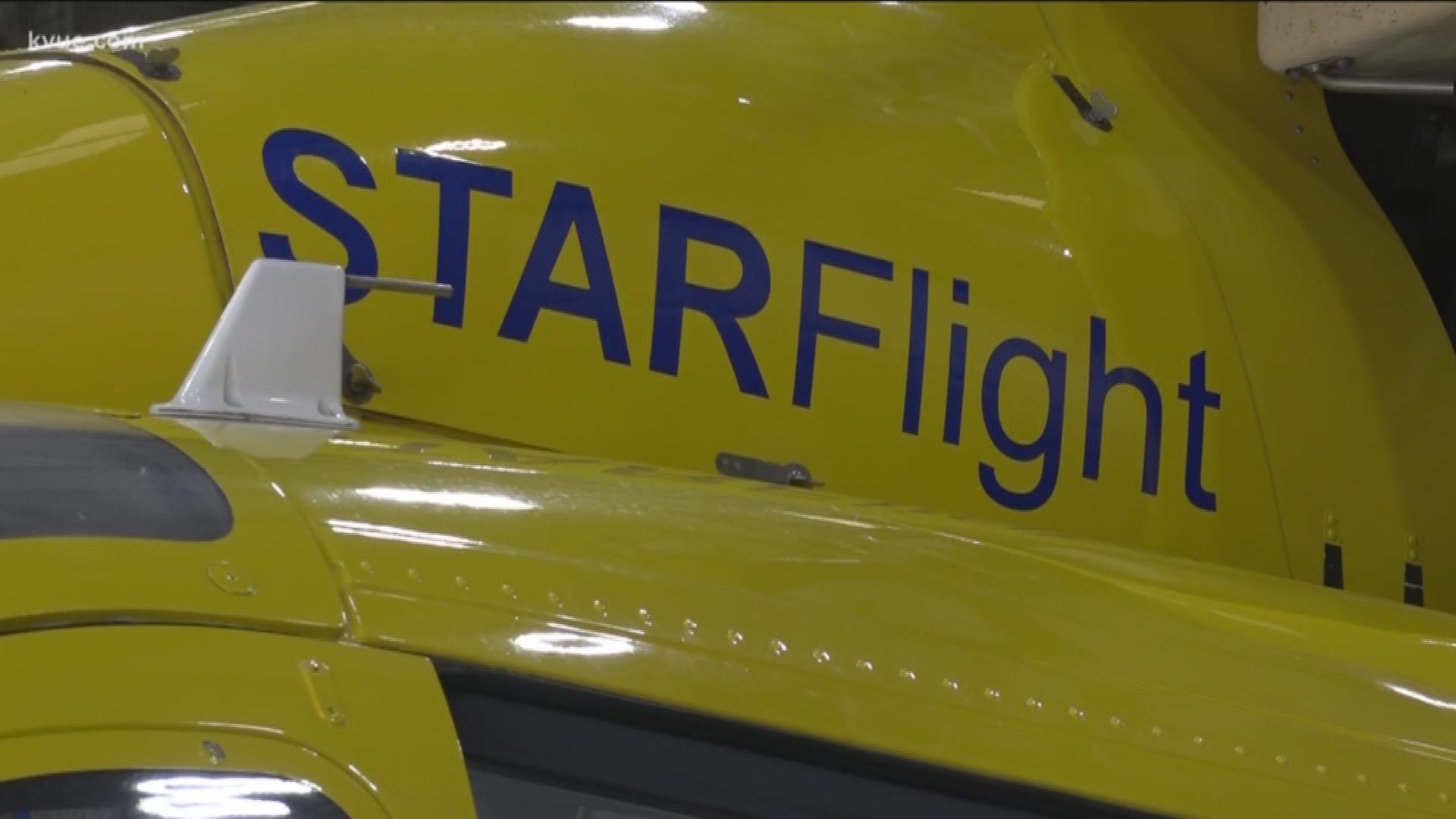 In Travis County, STAR Flight nurses not only perform complex medical rescues, but put out fires and perform water rescues.

As a senior flight nurse, Jennifer Roberts spends time training crew members for the real-life test that is a rescue mission.

"Oh I love it,” said Roberts about the job. “I couldn't imagine doing anything else with my career. I'm exactly where I want to be."

Roberts must know how to hoist her team members, rescue people from all sorts of situations and use medical knowledge to save their lives.

A friend's life-saving rescue by a flight crew on ski patrol inspired her when she was 16-years-old.

“I realized at that point that this is what I want to do,” Roberts said.

Roberts' supervisor said she is on a team of 21 flight crew members, four of them women.

“I know they launch out of here and they are going out to save a life,” said Patrick Phillips, chief medical supervisor with Travis County STAR Flight.

They save lives while risking their own.

"You really can't think about the risk aspect of it,” Roberts said. "You couldn't do your job if you were always thinking about that. You just have to go out and do your job.”

“Just amazing when you're able to help somebody out of a terrible situation,” Roberts said. “Or help somebody when they're having the worst day of their life probably."

To those interested in becoming a flight nurse, she said it is a new challenge every day.

"You might be out fighting a fire,” Roberts said. “You might be landing on the side of the road, helping out with a traffic accident … It’s really fun.”