This new service means that, for the first time, you'll be able to travel between Round Rock and Austin on the bus. 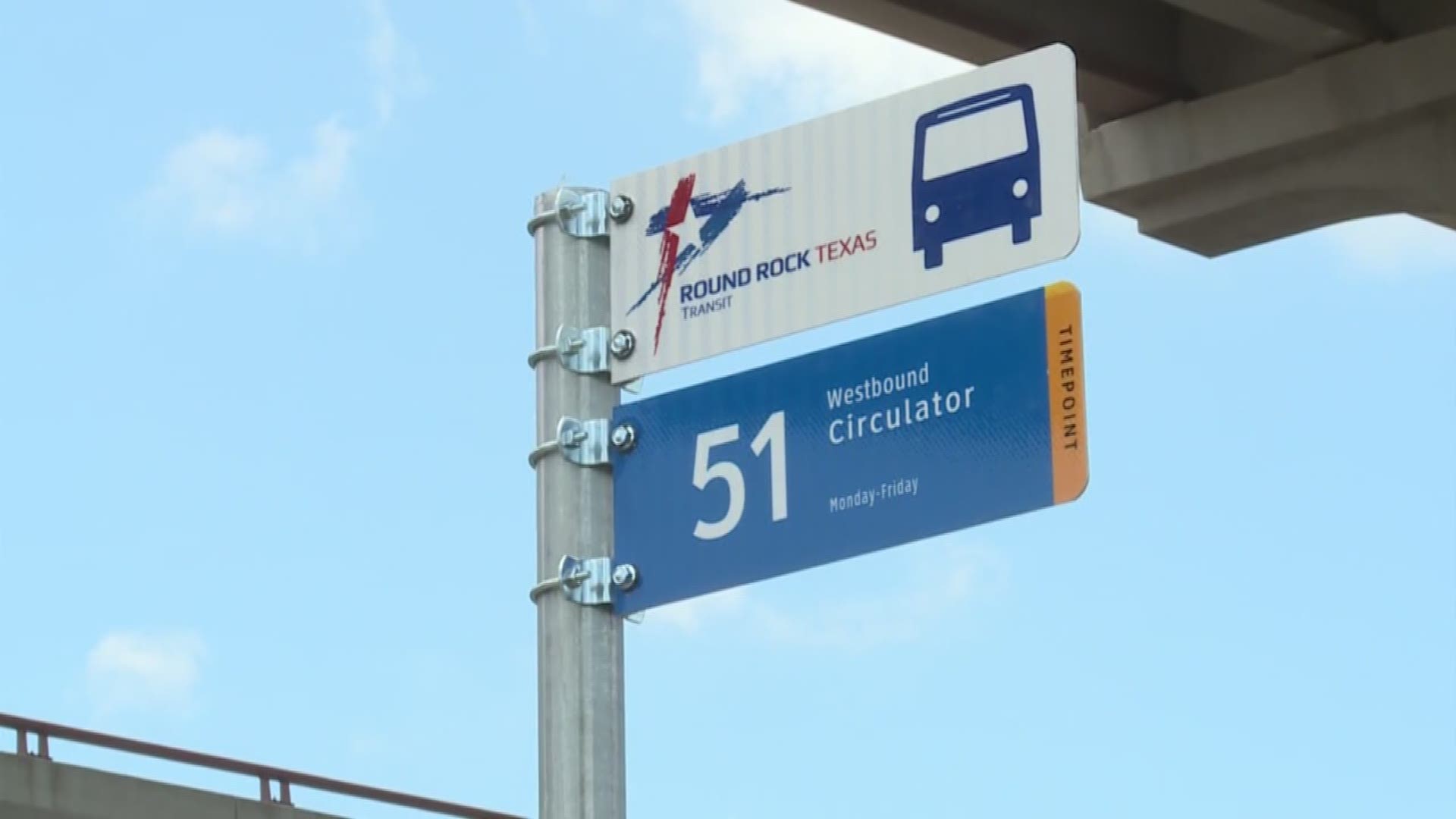 Round Rock’s service is a partnership with Capital Metro, so for the first time, you’ll be able to travel between Round Rock and Austin on the bus.

The Round Rock bus service has three local routes, and will eventually open an express route from Downtown Round Rock to Downtown Austin.

The pass should work on Cap Metro in both Round Rock and Austin. You can buy tickets at the Transit Center in Downtown Round Rock. But rides will be free until Aug. 25. You can find more information about Round Rock's service, such as a map of the routes, here.

The service has four routes that have stops at Wolf Ranch, Southwestern University and the Georgetown Recreation Center, to name a few.

You can buy tickets at the Georgetown Library. Bus service will be free for two weeks until Sept. 1.

The transit system is funded by rider fares as well as funds from the City of Georgetown, Georgetown Health Foundation and Capital Metro.

You can find more information here.

For Round Rock, this has been a long time coming.

"It’s just awesome, I can hardly even think this morning I'm so excited,” said Caren Lee, the transit coordinator for Round Rock.

Lee said Monday’s launch is the product of a year and a half of work, and she said this is the first step in the city’s 10-year master transit plan.

"We have been growing, rather quickly, for quite a few years now, and we've got a lot of big businesses that are coming here, and they're asking about transit service, and we've got our citizens asking about transit service, so we're very happy to bring it to them. Give them the opportunity to have another option, move about the city, get to work, maybe help them find a job if they haven't been able to find rides if they don't have their own vehicle,” said Lee.

According to Lee, the city out-grew the previous demand response bus system.

"The demand for that kept increasing, we were having to turn people away," said Lee.

Amanda Keeter and other staff from the Texas Baptist Children's Home were some of the first riders Monday. The organization started as an orphanage in the 1950s, and now has expanded to also help single mothers.

"They're getting back on their feet and doing amazing things with their lives,” said Keeter, who is also the director of development.

Monday, the group wanted to test out the routes for their single mother clients.

"This transportation service is really going to equip our moms to have a much greater radius to pursue their dreams,” said Keeter. "Transportation has been an issue for our moms for a very long time, and just like housing, couch surfing, and transportation surfing, isn't going to cut it for the long term. So having something that's in place -- supported by our community -- not only helped our single moms, but a lot of the community that's in need for a longer term solution."

Erin Vandevanter is a family life coordinator for the Children’s Home, and said the bus service will allow their clients to be independent and find a job.

"We have a lot of moms that come into our program that are escaping domestic violence and oftentimes don't have cars to get them where they need to go to get a job, and this will be awesome for them to be able to go to interviews, get to the workforce, and eventually get to the jobs that they get for their families," said Vandevanter. "We have provided transportation in the past, but they were dependent on our schedules and when we had availability, and now they'll be able to get where they need to go, and do the things they need to do for their family when they need to do it."

According to Keeter, a lot of local non-profits have all said they need better transportation options.

"It was transportation different than what we had been talking about as a community -- it wasn't the roads, it wasn't traffic. It was mobility, and accessibility to mobility, and how that affects senior adults, single mothers, single parent families, and just a lot of the community," said Keeter. "They know they can get to their jobs, they know they can get to work, they know that they can have accessibility, our seniors no longer have to be home bound in the community."

Sherry Poku is excited the service has pulled into town.

"This is like a dream come true, because this has been an ongoing process, and there's so many people in the city of Round Rock who are in need of transportation,” said Poku. “There are families who have been trying to figure out ways of getting into Austin, and just getting around and about, whether it be the store, or the bank, or just to their job, and have not had the opportunity to get there."