It all started with a Florida GM dealership who offered astronauts any car they wanted for one year. The cost? Only a dollar. Meet the most recognizable one.
Author: Hank Cavagnaro
Published: 6:13 PM CDT July 26, 2019
Updated: 6:59 PM CDT July 26, 2019

AUSTIN, Texas — We've been talking a lot this month about Apollo 11 and the 50th anniversary of the historic moon landing.

There are a few pieces of Apollo history you may not know about right here in Central Texas.

Three classic Chevrolet Corvettes, once owned by the astronauts who led the U.S. space race are in a home in Austin. 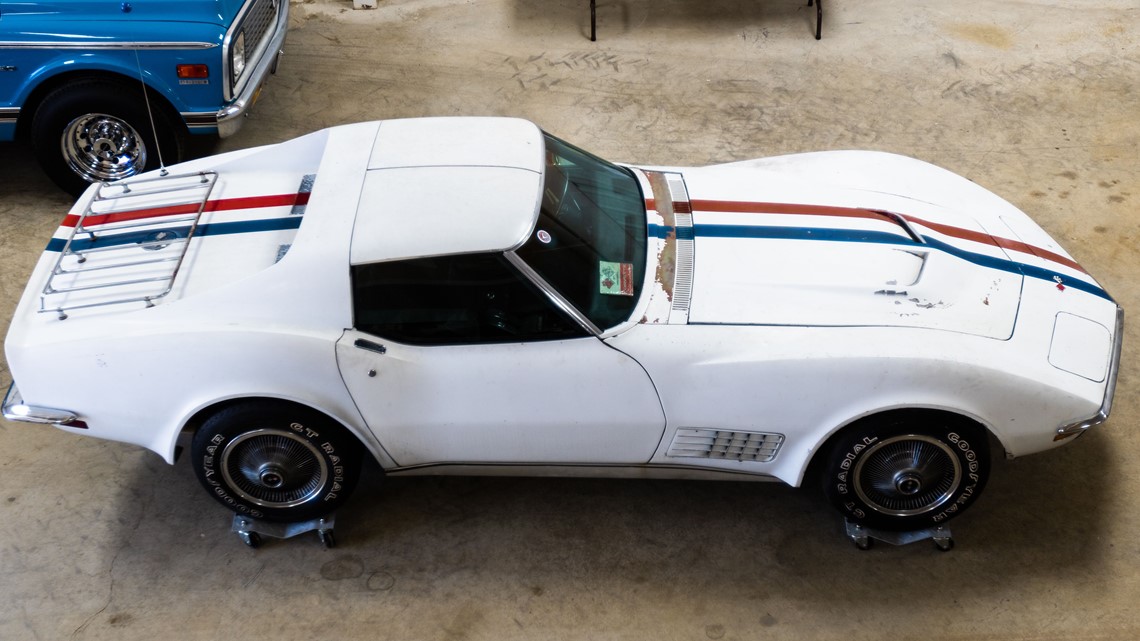 Back in the 60s, a GM dealership in Florida gave astronauts any car they wanted, for just a single dollar for one year.

Danny Reed, an Austin man has been collecting some of the most famous cars, known as the Astrovettes. It's a mix of two of his passions; Cars and NASA.

"I'm a little bit into cars," said Reed. "I've actually probably had 25 or 30 corvettes, I used to buy them recondition them, and turn them over."

His office is filled with memorabilia about corvettes and the space program.

"I got into the space program when it was actually Mercury and Gemini," said Reed. "I was following it from the '60s on."

VERIFY: 50 years after the moon landing new conspiracies are still popping up

"I bought Alan Bean's car in august of 1971," said Reed. "The astronauts were able to drive these cars for a dollar a year."

A 69' Corvette was driven by Apollo Astronaut Alan Bean for one year as part of that GM dealerships program.

"Most of the astronauts took station wagons or sedans because they weren't making that much money and they had families," said Reed. "There were only two groups of astronauts that wanted basically matching corvettes, so the six cars from Apollo 12 and Apollo 15 are the rarest."

Of those six, Reed has found Bean's, a T-Top Stingray, and two others.

"I found Al Warden's car, it's a barn find and was sitting in a field," said Reed. "It's unrestored, I haven't washed or vacuumed it, it has a wasp nest on the radiator and it does run, but I wouldn't trust the tires more than about 10 feet they're so rotten."

He found that car in 2017, then a year later he found a car that matched Warden's.

"I found Dave Scott's car in Melbourne Florida," said Reed. "I tracked it down from a newspaper article in 1988."

Three of the six on the same ranch, but Reed said the other three are most likely destroyed, or have been sold for parts.

"People think I'm a car collector, that's not the case," said Reed. "It's just that when I get a car, I get too attached to it and it's hard to sell. So I guess that makes me a collector, but it wasn't my goal to get a bunch of cars."

"To save pieces of history, anything that has to do with NASA or the space program, I try and get my hands on," said Reed. "Corvettes are a big part of that."

The Astrovettes just got back to Central Texas from the National Corvette Museum. The museum has helped Reed look for the remaining three, but he truly believes that they are all gone.