The children, ages 7, 11, and 13, drowned Thursday evening during a family outing. 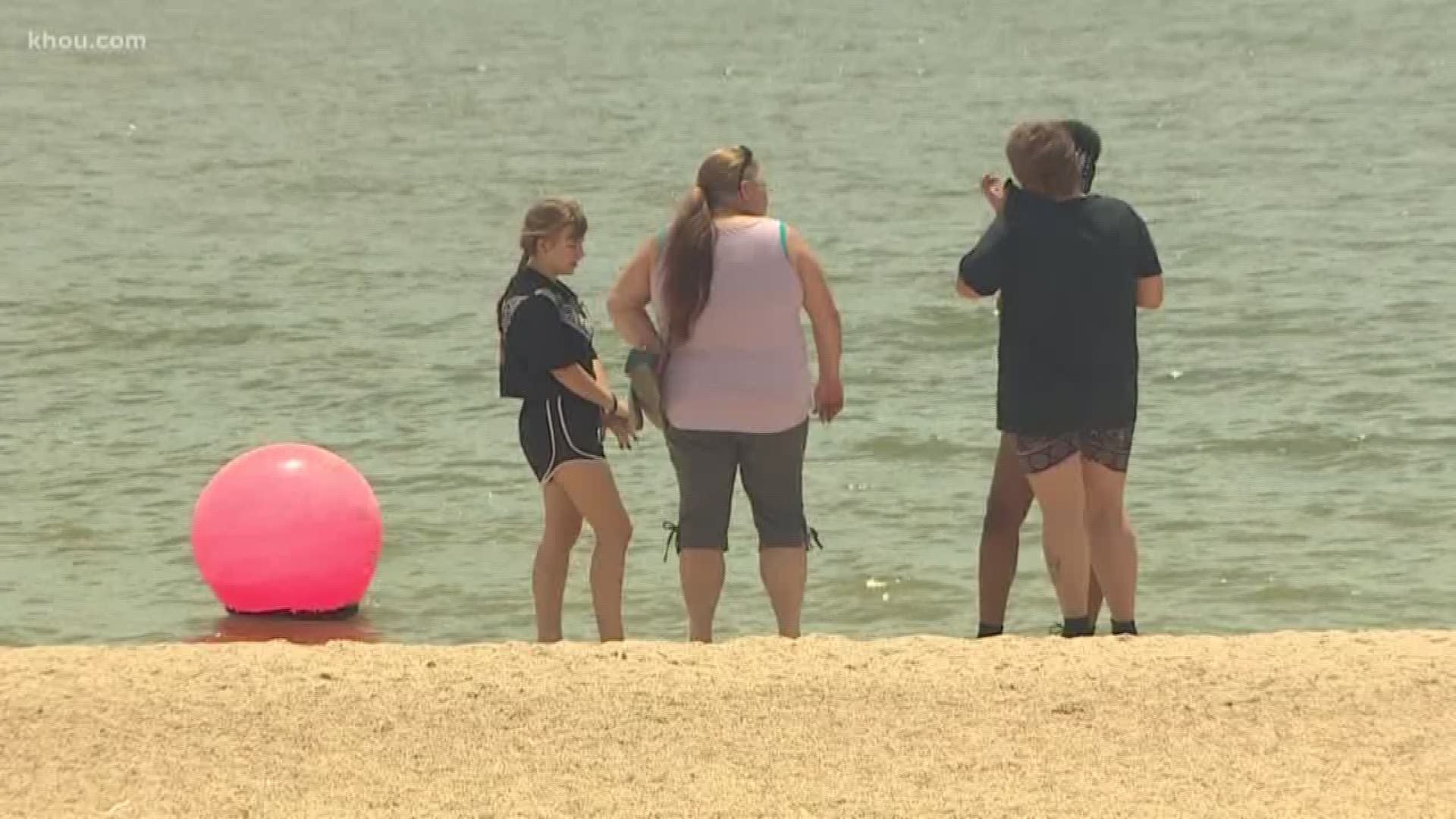 It was the site of an unimaginable tragedy the night before.

"There’s nothing you can tell a grieving parent of losing, not just one, but three kids,” said witness Tasha Price.

RELATED: 3 children drown off of Sylvan Beach in La Porte

Price said she consoled the parents of three siblings, all of whom drowned during a family outing just before dusk.

“We watched the first one be pulled out over there by the pier and then, about five minutes later, came the second one,” Price said.

A 10-year-old sibling was initially brought to safety by a Good Samaritan who told us she jumped in the water without thinking twice.

“I didn’t care if I drowned or not," Veronika Alvarez said. "I just held him up and made sure he was above water and kept swimming over to the shore.”

We’re told the children may have gotten past safety buoys and that their parents could not swim.

“I do want the family to know we are paying for them, we’re think about them,” said Harris County Commissioner Adrian Garcia.

“But we ask all families to, please, if you’re going to enjoy the beach, please do so, but do not take your eyes off your children," Garcia said.

Price said she had to come back to give herself some peace of mind.

"To know that, you know, that the babies are with God and they’re safe now,” Price said.

We spoke briefly with the mother of the children on the phone. Understandably, she was very emotional and not yet ready to speak publicly.

Meanwhile, the Chambers County Sheriff’s Office, which has jurisdiction over the water off Sylvan Beach, said the investigation is ongoing.