Organ donors who can help as many as eight people are a rarity, making up roughly 2% of donors per health professionals. 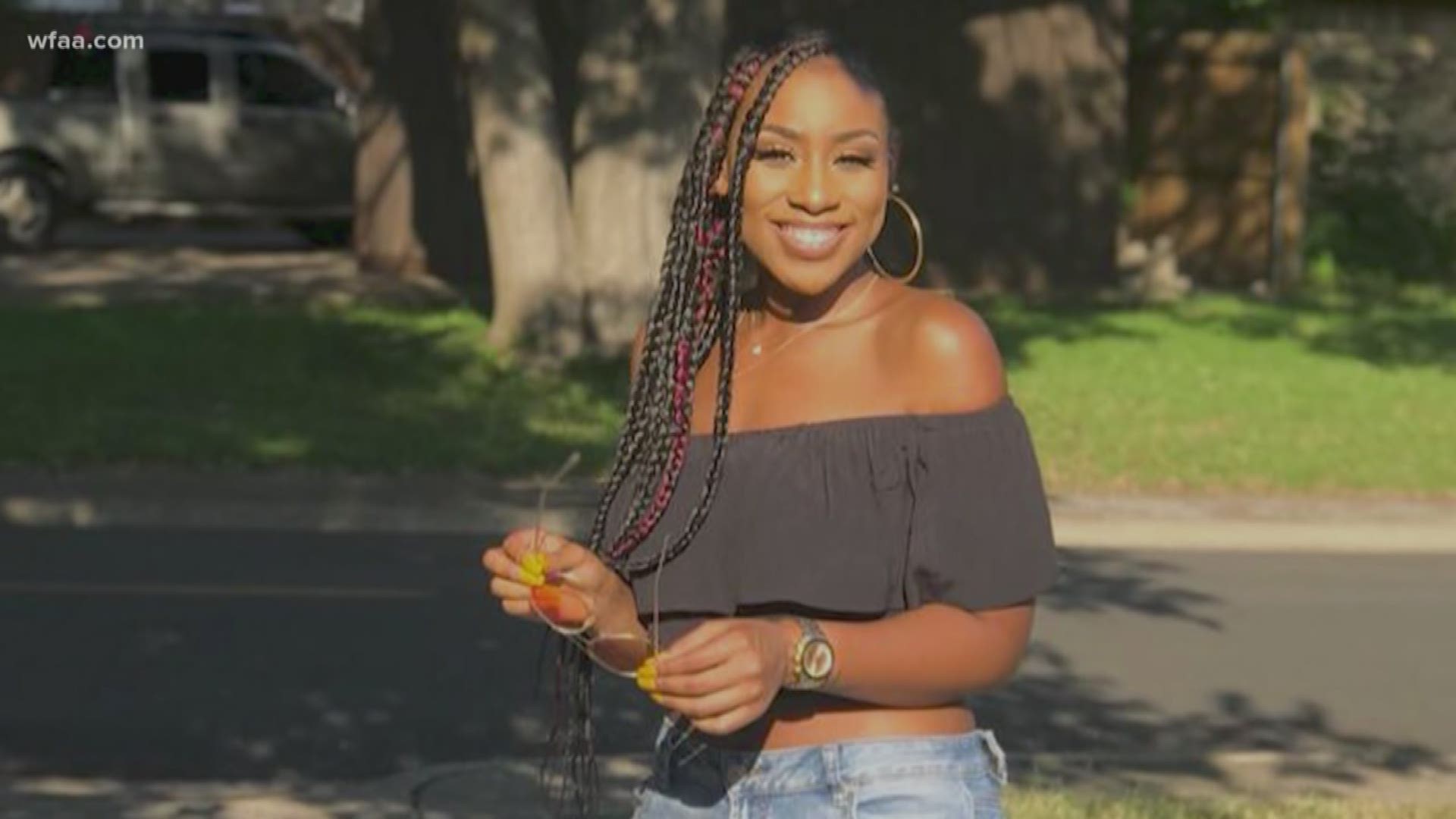 DUNCANVILLE, Texas — The sudden death of a Duncanville native, though tragic to her family, has led to eight lives forever being changed through organ donation.

Chardaye Walker, 23, passed away in San Antonio on July 21.

Walker was with family when she suddenly fell unresponsive due to a medical episode. An autopsy is expected to reveal how she died.

When she arrived at an area hospital, she was declared brain-dead. Doctors kept her alive through life support, while her parents made the difficult decision to say goodbye.

Quincy and Mioshi Walker weren't with their daughter when she collapsed, so they had to fly from Dallas to San Antonio as quickly as they could.

As they caught up on what happened, their options soon became a heart-wrenching moment.

"When I got the call, I said a prayer. I asked God to let her make it, but that if it wasn't His will...let it be done," Mioshi Walker said.

Chardaye was Quincy and Mioshi's first of five children. Before they took her off of life support, they couldn't stop thinking about the future she'd never have.

"She could brighten your day up with a smile really quick. It started to become very real that she wasn't going to get up," Quincy said.

"I'm eternally grateful that we got to enjoy our daughter."

Walker was hoping to become a nurse, and just became licensed as a medical assistant.

"She was definitely a vibrant person with a humongous personality," Mioshi said.

Following her death, the Walkers said that they were asked if they'd like to donate any of Chardaye's organs.

"We felt like that's what she would want because that's the type of person she was," Mioshi said.

"If she could give something to someone else, even if it were her last, that's what she was all about," Quincy added.

Because Chardaye's body hadn't suffered any trauma, she was able to help eight people through organ donation.

Her kidneys, lungs, pancreas, liver, heart and corneas were all donated.

Doctors told the Walkers that Chardaye was a rarity, adding that only 2% of donors actually help that many people.

"I don't have the words to say how grateful we are to God that he used our daughter in this way," Quincy said.

What makes this story so special? One recipient was Chardaye's aunt, Brenda Walker.

Brenda, 69, lost the function of both of her kidneys due to diabetes and high blood pressure. She's had to do dialysis three times a week for four hours and has been on a waiting list for a new kidney for about a year.

"I was always told that it was going to be three to five years before I may receive a kidney," Brenda said. "So this is a blessing, even though it's a sad occasion, it's a blessing."

Brenda and Chardaye aren't related by blood, which makes it even more miraculous that they were a match.

"I just can't thank her family enough for what they did for me, because they didn't have to do it."

For Chardaye's parents, seeing the beauty in this tragedy isn't hard.

To them, all of this has been orchestrated by God.

"God just lent her to us, and understanding that gave us complete peace," Mioshi walker said.

"God will see us through."