Granddaughter surprises her 'Paw-Paw' with tickets to the World Series

"If you have a moment, take it. Life is short. You don’t know what tomorrow’s gonna hold," says Courtney King. "I’m constantly reminded of how fragile life is." 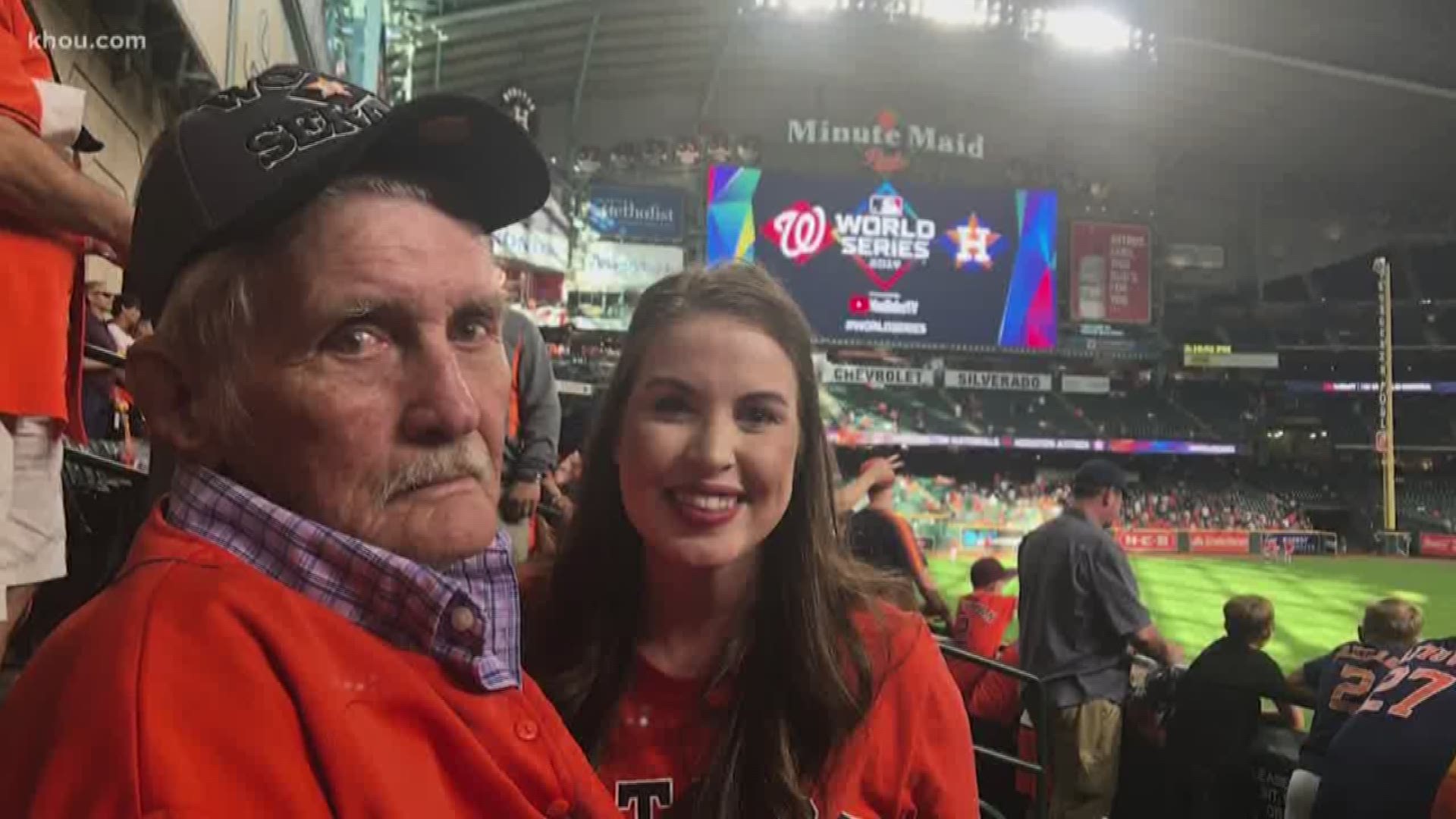 HOUSTON — We know tickets to the World Series are hard to come by. So when you win a pair, making a decision on who to take with you, could be tough-- unless you're Courtney King.

This morning, she won two tickets to tonight's game. Summer Abbey's Flooring Center in Port Neches, Texas was running a contest on Facebook.

You had to like the page, tag a few friends and write why you think you deserve the tickets.

"So I wrote in my story, that next month is my grandpa’s birthday. He’ll be 88," said King. "And how special it’d be to share this moment with him."

Watch as Courtney King explained to her "Paw-Paw", Jack King, that she was taking him to game two of the 2019 World Series. 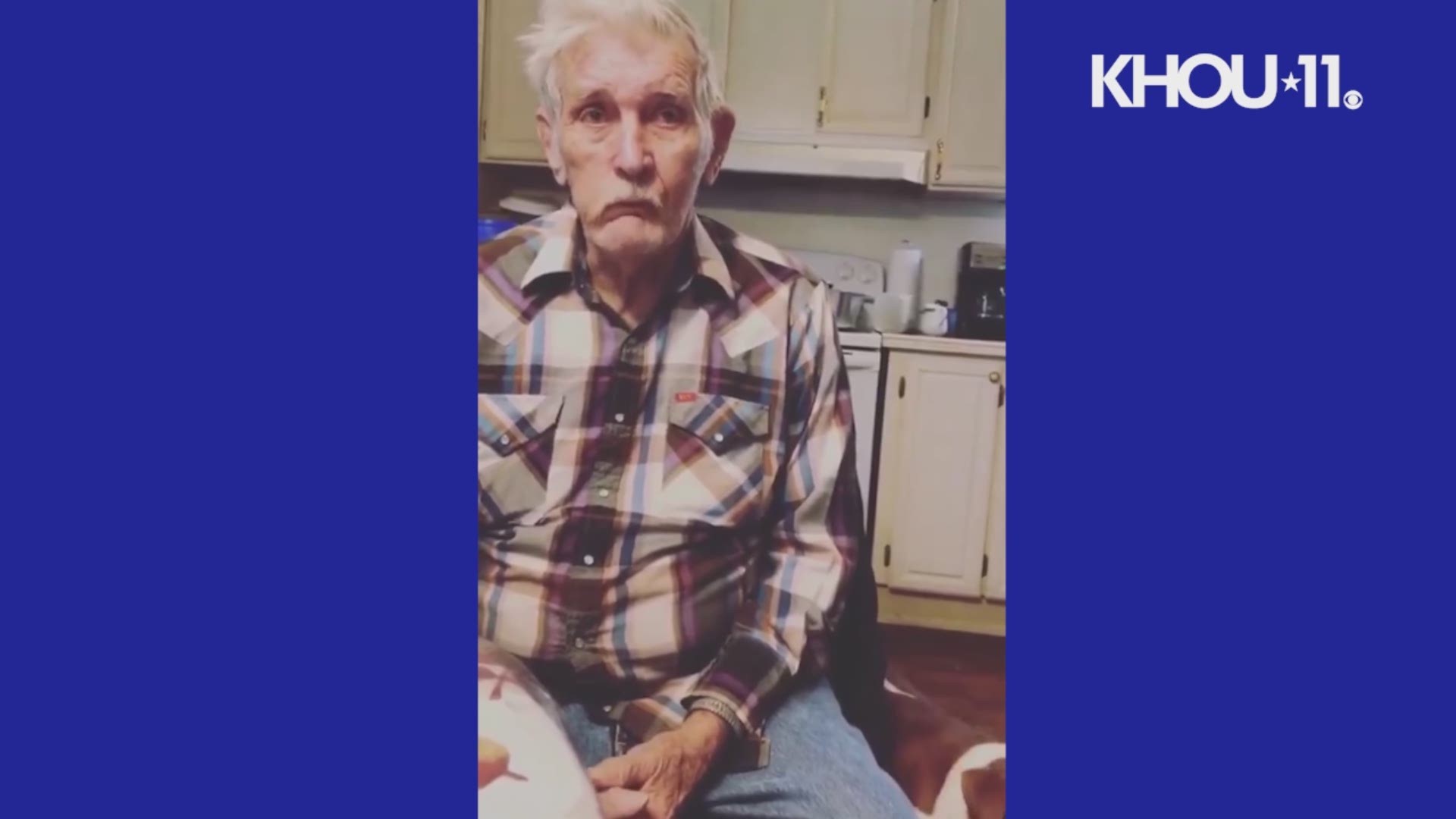 "I was super excited," said King.

You see, Jack King, a retired welder, hardly ever leaves his Hardin County home. The die-hard Astros fan watches the baseball games on his TV, with his wife of more than 50 years never far from his side.

King, who works for hospice care, called her employer and told them she couldn't come in today. She loaded her granddad in her car and the two drove to Houston Wednesday afternoon. Her Paw-Paw hadn't been to Houston in 45 years, "so the drive in was really unique."

King won tickets for two seats in Minute Maid Park's coveted Crawford Boxes. The area is known for receiving balls knocked "out of the park." In fact during the interview the Nationals were holding batting practice and a ball missed Paw-Paw by just a few inches.

"Well, I hope they win," said Jack King of his goals for the game. His granddaughter knew, she already did. "I work for hospice and so part of my everyday job is to meet people in very vulnerable moments. And I’m constantly reminded of how fragile life is."

Her advice to folks is this: "If you have a moment, take it. Life is short. You don’t know what tomorrow’s gonna hold. Even if you’re at home watching the game, just enjoy it with the people around you."