Texas This Week: 7 Texas Democrats are running for the U.S. Senate

This week, six of the seven Democrats vying to challenge U.S. Senator John Cornyn in 2020 participated in a debate in Frisco, Texas. 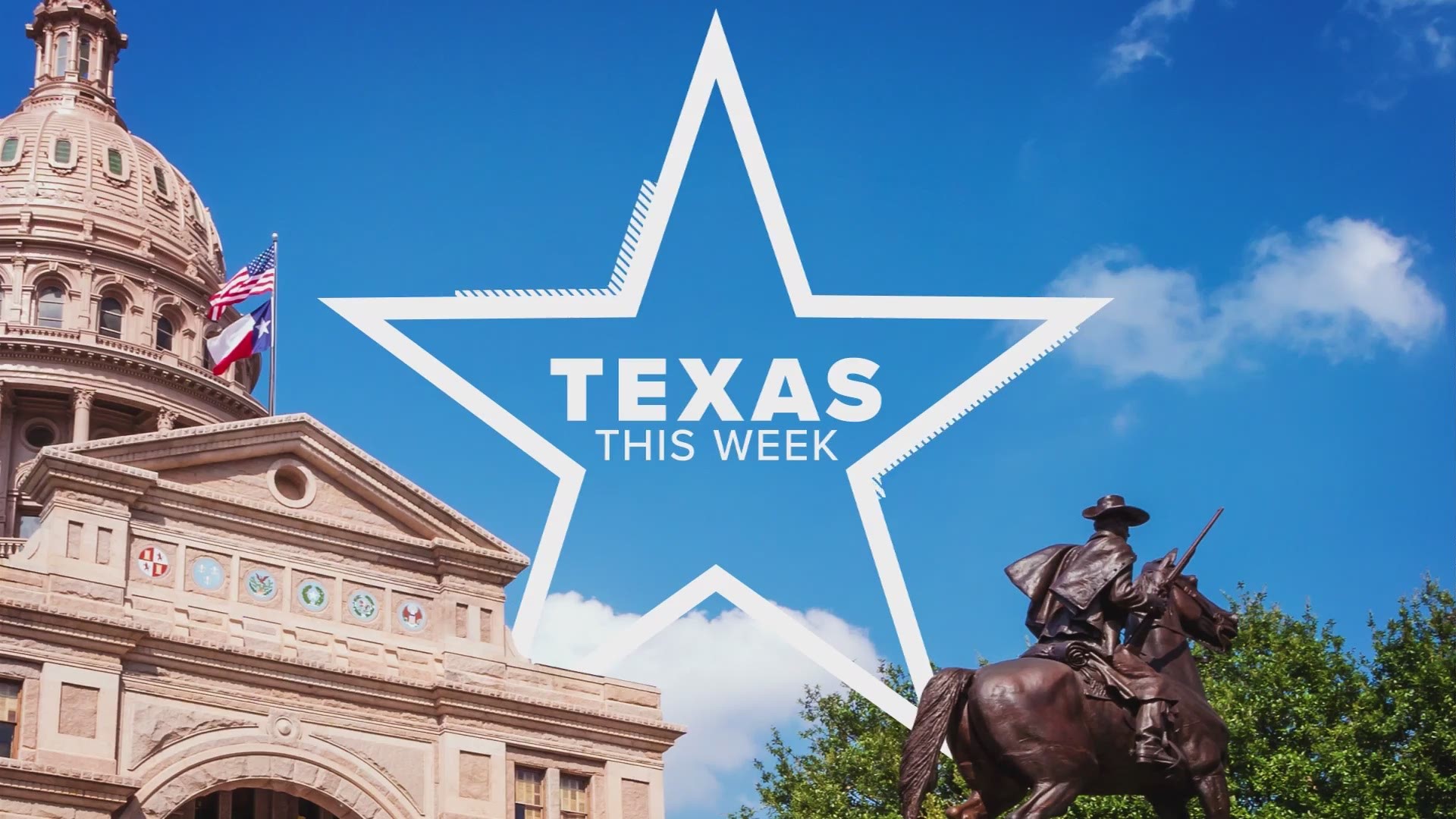 Texas Governor Greg Abbott has issued eight executive orders aimed at preventing another mass shooting. The orders are Abbott's response to the shootings in El Paso and Midland-Odessa. Six of the eight have to do with improving and getting more people to use the Texas Suspicious Activity Reporting Network. That network is commonly known as iWatch. In June 2018, the Texas Department of Public Safety launched an app to make it easier for people to report suspicious activity. The governor is also ordering DPS to to create regional multi-disciplinary teams with mental health experts that can respond to reports. The final order from the governor requires counties that receive grants from his office to improve reporting to the state of when someone is convicted of a crime. A news release from the Governor's Office, announcing the orders, states while these are a start, legislative solutions are still needed.

The Texas House of Representatives Democratic Caucus is asking Abbott to call a special session so they can pass laws aimed at preventing another mass shooting. Nearly every member of the caucus signed a letter to the governor, then the state lawmakers held news conferences in major cities across the state.

Three seats in the Texas House of Representatives are up for grabs. Wednesday was the filing deadline and 27 candidates want in the race. District 100 in Dallas was vacated by Democrat Eric Johnson after he was elected mayor of Dallas. Democratic Representative Jessica Farrar of Houston is retiring. The 25-year veteran in the House wrote in a letter that she has to care for aging parents. Perhaps the most watched of the three seats is that of Richmond Republican Representative Doctor John Zerwas. He's the head of the House budget-writing committee and known as one of the most level-headed members who is able to work on almost anything with any member in the House. He's joining the University of Texas system as executive vice chancellor for health affairs at the end of the month. Democrats are hoping to turn his seat blue. The election is Nov. 5.

Labor Day not only marks the unofficial end of summer, it's the unofficial start of the election season. The Frisco Democratic Club marked the occasion in North Texas with a debate between six of the seven Democrats vying to challenge U.S. Senator John Cornyn in 2020. These are some of the candidate statements from the debate.

"As a young child, I witnessed the oppressive conditions in which my grandparents and my parents were picking tomatoes in the fields and a plane flew over us and dumped chemicals on top of us. This is happening to the most oppressed people – immigrants coming into this country looking for a better job and a better life. And fast track now to 34 years as a mother of four, living in a sacrifice zone, I'm a fence-line community member of an organization for environmental justice. We have to understand that we are bearing the brunt, people of color are bearing the brunt of a climate crisis."

"I'm a former Houston Council Member, U.S. Congressman and Texas Democratic nominee for Governor back in 2006. I actually fought against some of the same lobbyist and insiders who protect John Cornyn and keep him in power. And it was insiders who broke the law to re-district the seat I held in Congress and beat me. But I'm proud that I stood up for the same ethical standards that I stood up for as a member of Houston City Council and broke a seven-year truce on the filing of ethics complaints and filed one against Tom DeLay to start his disgraceful exit from the United States Congress. That's the same fight I plan to take back to Washington as your United States Senator."

"I have a vision for the future of the State of Texas. I'm running because of my track record on the fundamental values that Texans and Democrats care about. I'm running because there's a lot of potential that's untapped in the State of Texas in terms of being able to take action. You can be assured that if you look at my track record, and one reason, one way that you can kind of determine where a person's going to go, you can look at their past performance. If you look at my past performance on issues related to women's rights, if you look at my past performance as it relates to immigrant issues, issues related to education, civic involvement, you will see that I've performed consistent with the fundamental values that you have and you know, based on my performance, exactly what I'm going to do when you elect me as your next U.S. Senator."

"I currently serve in office, serving  2.3 million Houstonians as an At-Larges Houston City Council Member. I seek to bring the same hands-on, results-oriented, people-centered approach to Washington to make sure that your needs, that you all, the people of Texas are front and center and getting the results that you deserve and so desperately need in our communities. It is so important that you have leadership that is not only focused on the issues that matter most to you, but that can deliver.

"So whether it be for extending access to healthcare as millions of Texans are uninsured or making sure that all Texans feel like they are part of today and tomorrow's economy, I'm running for the U.S. Senate to make sure you feel the impact in your lives."

"In this election, what makes all of us different? What are we doing different as citizens in this particular election? And my approach when I ran for Governor, I started with an approach of strategic change, structural change. But in order to sell structural change, in order to sell the type of change that we're going to need, and it's ugly stuff, it's boring stuff. Some of it we will get into as we address some of these issues, but you cannot, I cannot make a shift in that structural change unless I bring you along, the citizens, with me. And that means we're going to have to get to work. The state of our nation really isn't dependent on candidates. Candidates, you decide which candidate you want to amplify. But the question is going to be how educated are all of us?"

"I'm not a rich woman and I don't come from a well connected family, but I'm a person like many of you that when I see things that are unjust or unfair, I get angry. And it's what led me over the last decade and a half to lead and found some of our state's most important civil and community rights organizations. And to take on some of the most powerful special interests groups in this state to make sure that working people, the people that build our homes, our schools, our roadways had good, safe jobs and living wages. It's what led me to take on the student debt crisis with young people in this state. And led me to help mobilize tens of thousands of young voters to build a democracy where everyone's voice is heard."

One candidate was absent from the debate, MJ Hegar. Her staff told KVUE she had a scheduling conflict. But Hegar sat down with Ashley Goudeau last year when she was running for U.S. Congress. This is a quote from that interview.

"I think we've got to do something about corruption. We've got to do something about stagnant partisanship and gridlock. And I have, I'm not going to make promises about what I'm going to do, I'm going to tell you what I've already done, is I have a history of serving this country. We need selfless, servant leaders in office. I've always been happiest when I've been serving this country and now that I'm out of the military, I'm looking to extend that service. We need to elect everyday people who are facing the challenges that Congress is trying to legislate solutions to. And we need people who are going to stand up and support things like term limits and voting for pay raises for our military."

This week, Ashley weighs in on Texans' love for high school football.