Texas This Week: 1 in 4 Texans have medical debt, according to CPPP

The Center for Public Policy Priorities looked at how many Texans have medical debt in collections and found 26% of the state's population is impacted. 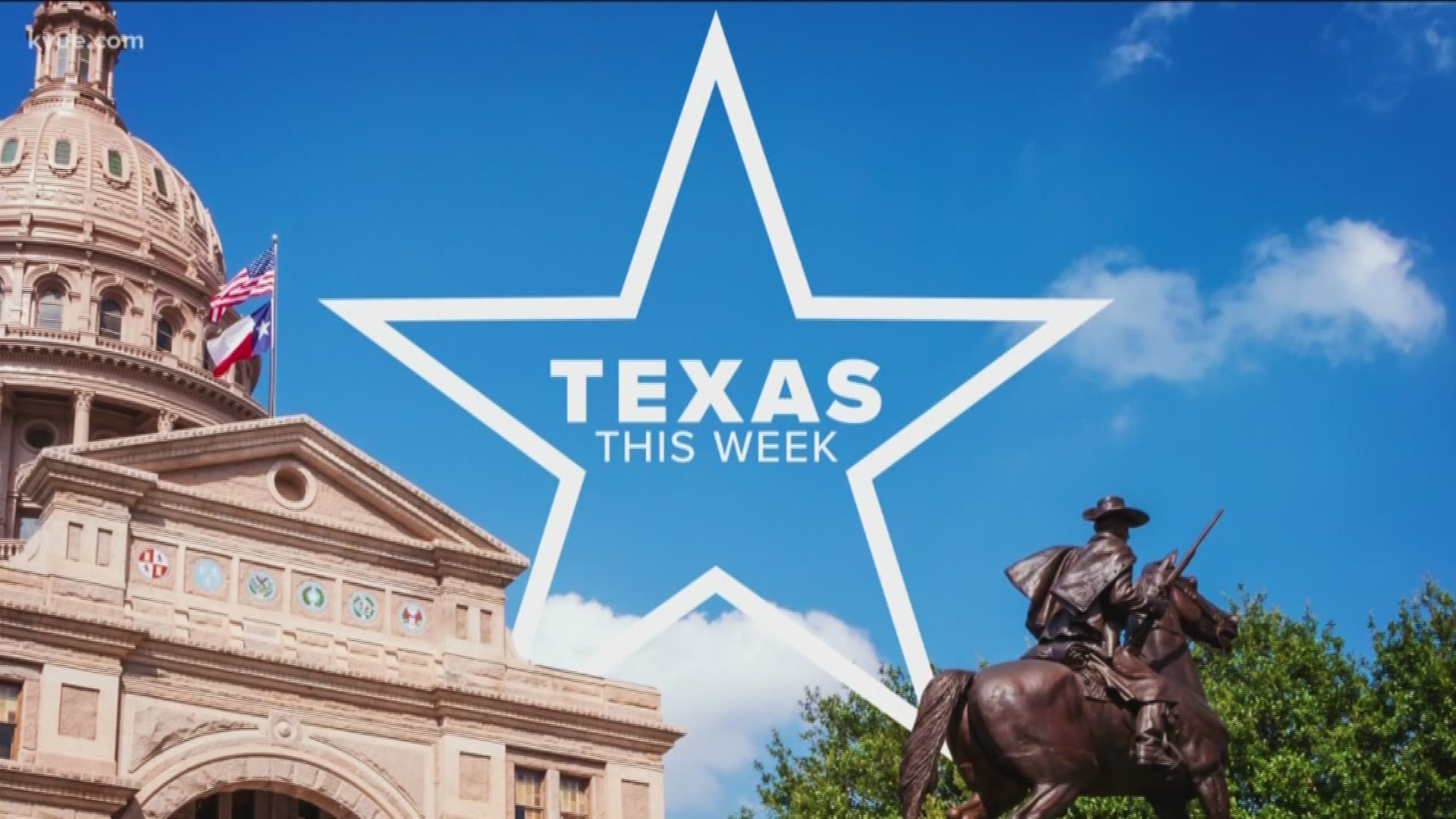 AUSTIN, Texas — Texas lawmakers are expanding the conversation on guns, there's a battle brewing inside the Texas Republican party and there's a new poll out on the Democratic Presidential candidates.

The Texas House Select Committee on Mass Violence Prevention and Community Safety met for the first time on Sept. 17. Lawmakers invited experts to testify on safety issues in light of the mass shootings that happened last month in El Paso and Odessa. A similar Senate committee planned to meet on Thursday, September 26.

Sullivan wrote in part, "too many politicians are all too willing to betray our Constitution in the name of their own political power."

Patrick fired back defending his stance and wrote, "BTW, release the tape. You are destroying our party."

The "tape" refers to the conversation between Sullivan and Speaker of the House Dennis Bonnen. Bonnen allegedly gave Sullivan a list of Republicans to target in the next election. Sullivan wrote an article about it and later revealed he recorded the conversation. He's played the recording for some political insiders but hasn't released it to the public. The Texas Rangers are investigating.

In head-to-head contests against the president, O'Rourke has the strongest numbers with Texans as 42% of voters polled said they'd elect him over President Donald Trump. Biden also beats the President in a hypothetical match-up 40% to 38%. But Texas voters selected the President over Senators Sanders, Warren, Kamala Harris and Mayor Pete Buttigieg.

It's also worth noting, researchers say about 39% of the voters are still undecided.

CPPP: 1 in 4 Texans have medical debt

The U.S. Census Bureau released new data showing Texas has the highest uninsured rate in the country. And this week, the Center for Public Policy Priorities (CPPP) released a study on medical debt in Texas. Ashley Goudeau sat down with CPPP Policy Analyst Jonathan Lewis to discuss the findings.

Ashley Goudeau: You all put together a report called The Mountain of Medical Debt in Texas. First, tell us why you all wanted to look into this issue.

Goudeau: Describe your methodology; how did you guys go about recording your findings?

Lewis: "Yeah, so the data is actually looking at consumer reports and looking at zip codes of neighborhoods that are primarily households of color. And so the data is looking at the consumer reports and credit reports of who has medical debt on their reports. And what we're seeing is neighborhoods that are primarily people of color have significantly higher rates of medical debt on their credit reports than those in primarily white communities."

Goudeau: And so, let's take a step back because I want to make sure we point out that you guys look at people who are in collections, whosE debt has gone to a collection agency. So this is limited because some folks are not at that point yet but they're still dealing with debt.

Lewis: "Correct, absolutely yes. So these numbers are definitely going to be deflated. There's people that are dealing with medical debt that hasn't been sent to credit reports. They're dealing with collections offices from hospitals and, you know, other groups that come before it goes to an actual credit reporting agency."

Goudeau: And so when you look at the number of people in Texas just overall dealing with debt, it's a pretty high number.

Lewis: "It's very high, yes. We estimate that there's close to about four million people who are impacted by medical debt. Not necessarily who have it but, you know, children who live in households with medical debt. And that's really something that we want to emphasize here is that it's more than just the individual that has medical debt, it's their families, their households, that are also impacted. Their ability to save for school, save for a house, you know, pay their rent, afford reliable transportation, these things are all tied to medical debt. Because if you have to out resources into these other things, you're not going to be able to get ahead in other ways that we would hope people would be able to."

Goudeau: Let's dive into the numbers just a little bit. You guys found that almost 26% of Texans have some form of medical debt in collections.

Lewis: "Correct, yes. And so then if you look at that number by race, the numbers about 23% of white Texans versus 29% of Texans of color. And so again, that's something that we really want to highlight and start to think about. What are the policies that we have put in place and that have been in place for decades now that are continuing this inequality that needs to be addressed?"

Goudeau: So when we take that and we make it into a more digestible type figure, that means one in four Texans are dealing with some form of medical debt that's in collections right?

Lewis: "Correct, yes. And nearly one in three people of color in Texas are dealing with debt in collections."

Goudeau: When we look at this issue of medical debt in Texas, how does the Lone Star State compare to other states?

Lewis: "What we're seeing is that the Lone Star State does not compare very well to other states, especially when you're looking at states that are similar in the South, Texas has much higher rates of uninsurance, much higher rates of medical debt. And a lot of that we are directly tying to lack of expansion of Medicaid. This is a policy that has been available to states for a long time now and the State's lack of action on this is really causing these rates to skyrocket."

Lewis: "Yeah, absolutely. So like we mentioned, the expansion of Medicaid is definitely a huge part of this puzzle but we're also looking at what, if we're not going to have action at the state level, what can we do at the local and community level. And we're seeing a big response from the local and county level of people that are trying to expand programs that provide clinics or public hospital systems that are providing charity care to folks that don't have insurance. And so, really, these are looking to address the issue of medical debt but it's really a band-aid on something that needs a much bigger fix."

Goudeau: So what is the much bigger fix?

Goudeau: Do you feel as though lawmakers made some advancement during the past session? We saw the no more surprise medical billing, that became law. Do you feel like that is a step in the right direction?

Lewis: "Absolutely, and we definitely applaud the legislature for making progress on this. That's actually a pretty progressive policy compared to other states. And the thing to realize there is that policy is going to benefit those who actually have insurance because that policy is going to negotiate between a healthcare plan and a hospital that's charging. And so, it's really leaving out the folks who don't have health insurance. They're still going to be very exposed to this medical debt."

Goudeau:"So overall with this report, what is the goal, the hope of the CPPP for putting this information out there?

Lewis: "The goal here is to really raise awareness. People know that medial debt is an issue. I think there's a lot of shame that surrounds debt in general and I think we need to realize, people don't choose medical debt, medical debt happens to people. And so, the point here being that we need to find a way to support Texans, all Texans, and especially Texans of color that have been historically discriminated against and are highly impacted by these policy choices that we've made."

This week, Ashley weighs in on State Rep. Sheryl Cole's op-ed in the American Statesman about her bipolar diagnosis.