A Cedar Park mother and Texas Original Compassionate Cultivation are working to encourage legislators to remove restrictions on qualifying conditions and more. 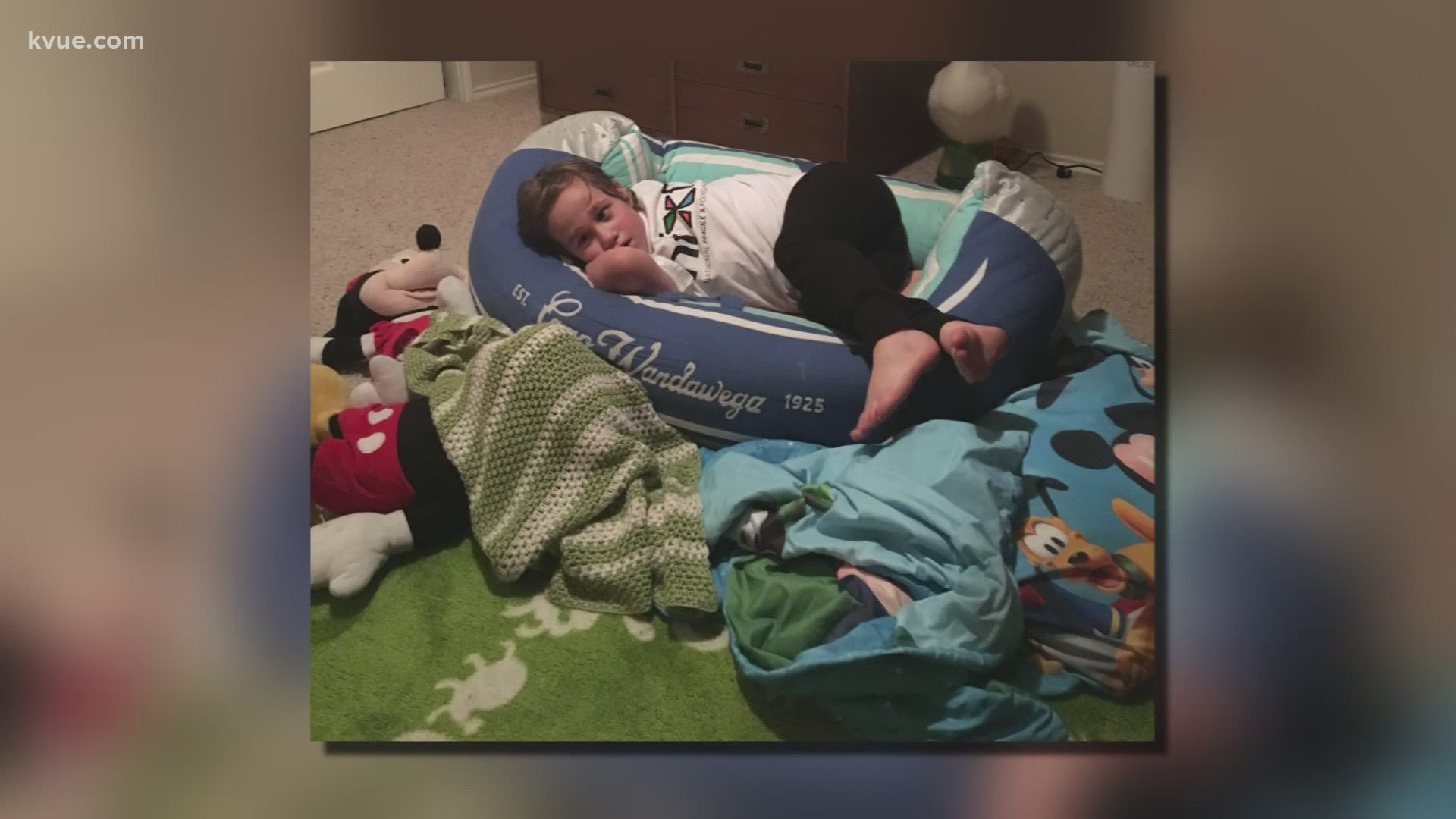 CEDAR PARK, Texas — Texas lawmakers are back in session and some of the bills headed their way have to do with medical marijuana reform.

A Cedar Park mother and Texas Original Compassionate Cultivation are working to encourage state legislators to remove restrictions on qualifying conditions and eliminate the THC cap.

"The idea that I would give my chi – I mean – my child marijuana, are you kidding," said mother Carissa Barenblat. "That's not something I came lightly to."

It was a tough choice for Barenblat, but it was tougher to watch her then 5-year-old child suffer from multiple illnesses.

"My son, Max, has multiple diagnoses," said Barenblat. "[Max] has a rare disorder called Fragile X syndrome. He also has hydrocephalus, so he's had a couple of brain surgeries. He has a primary immune deficiency, and he also has epilepsy."

It's a lot for a child to take on. By the age of five, Max Barenblat was prescribed at least 15 medications, including anticonvulsants for seizures, Xanax and antipsychotic medication.

"[Max] was self-injuring, which, as a mother, there's hardly anything more motivating than seeing your kids suffer," said Barenblat.

Barenblat and her son traveled the country seeking advice. A specialist in Colorado suggested medical marijuana for her son through a special program and it changed their lives.

"It gives me my child back," said Barenblat. "He's much more verbal. He's more conversant. He can tell me how he's feeling and what he's thinking about."

His medication list was cut down to four prescriptions, including the medical marijuana he takes in oil form because his condition qualifies for the Compassionate Use Program in Texas. Barenblat said a year ago they started getting his THC oil from Texas Original Compassionate Cultivation, one of only three licensed medical marijuana producers in Texas.

After seeing how her son was able to finally enjoy his life, Barenblat, along with TOCC, is working with different legislators in hopes of removing restrictions on qualifying conditions, putting the power to prescribe life-changing medicine back into doctors’ hands.

"If you have terminal cancer, then you qualify ... but if you have stage four cancer, you don't. You know, that doesn't make any sense," said Texas Original Compassionate Cultivation CEO Morris Denton.

There is also a restriction on the volume of THC in each dose.

Under Texas law, medical marijuana products may not contain more than 0.5% THC by weight. However, the Compassionate Use Program does not restrict the amount of THC a person can consume. Denton said consuming an adequate dose based on the doctor’s prescription requires some patients to self-administer large, hard-to-digest amounts of carrying oil, which could result in gastrointestinal issues.

Barenblat agrees and has dealt with the difficulties of administering the medication to Max.

"As [Max's] body grows and changes and his needs change and his doctors change his dose, he's going on to larger and larger volumes that need to be administered more times a day," said Barenblat. "For anybody who's tried to administer medication to a small person or to anybody really who hasn't achieved that developmental milestone of taking medication easily, you know, a small little squirt in the cheek is a very different thing than trying to give somebody several mils of a medication."

There are more than 20 bills up for consideration regarding marijuana in the 87th Texas Legislative Session.

"There are people in my family and in my life who would benefit from taking this medication as to leave behind some really challenging medications," explained Barenblat. "I would really love to see the legislature take some firm steps towards making this much more accessible to the millions of Texans who really could benefit from it."