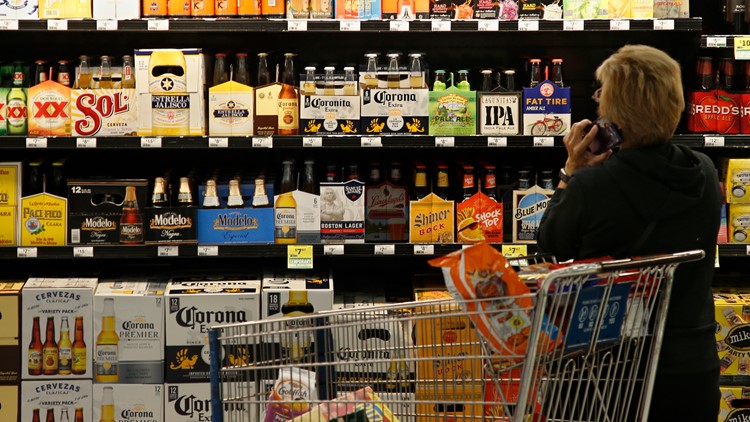 The vote came as part of an amendment to a broader bill regarding the efficiency and operations of the Texas Alcoholic Beverage Commission. That piece of legislation, House Bill 1545, was still being debated Thursday evening, but it must pass this legislative session in order to avoid shutting down the agency. Once the bill passes, it will head to the Senate, which could strip the beer and wine amendment from the bill.

Under current state law, licensed retailers, such as convenience and grocery stores, can't sell wine or beer for off-premise consumption until noon on Sundays. State Rep. Drew Springer, R-Muenster, authored the amendment to bump that time up to 10 a.m., putting those sales in line with what's allowed at on-premise consumption locations, such as restaurants and bars.

"We allow country clubs to sell mimosas at 10 a.m.," Springer said during the debate on the House floor.

Springer's amendment, which he said would mark the first change to the state law in over 80 years if it sticks, passed in a 99-40 vote â€” even after the bill's author, state Rep. Chris Paddie, R-Marshall, said he opposed it.

One House member had an optimistic take on Springer's amendment upon its passage. "This is freedom," state Rep. Terry Canales, D-Edinburg, exclaimed. "This is eagles!"

This story was first published by The Texas Tribune, a nonprofit, nonpartisan media organization that informs Texans — and engages with them — about public policy, politics, government and statewide issues.