Due to pervasive lead contamination in school's drinking water, two Texas organizations gave Texas an 'F' grade for their efforts to address the problem. 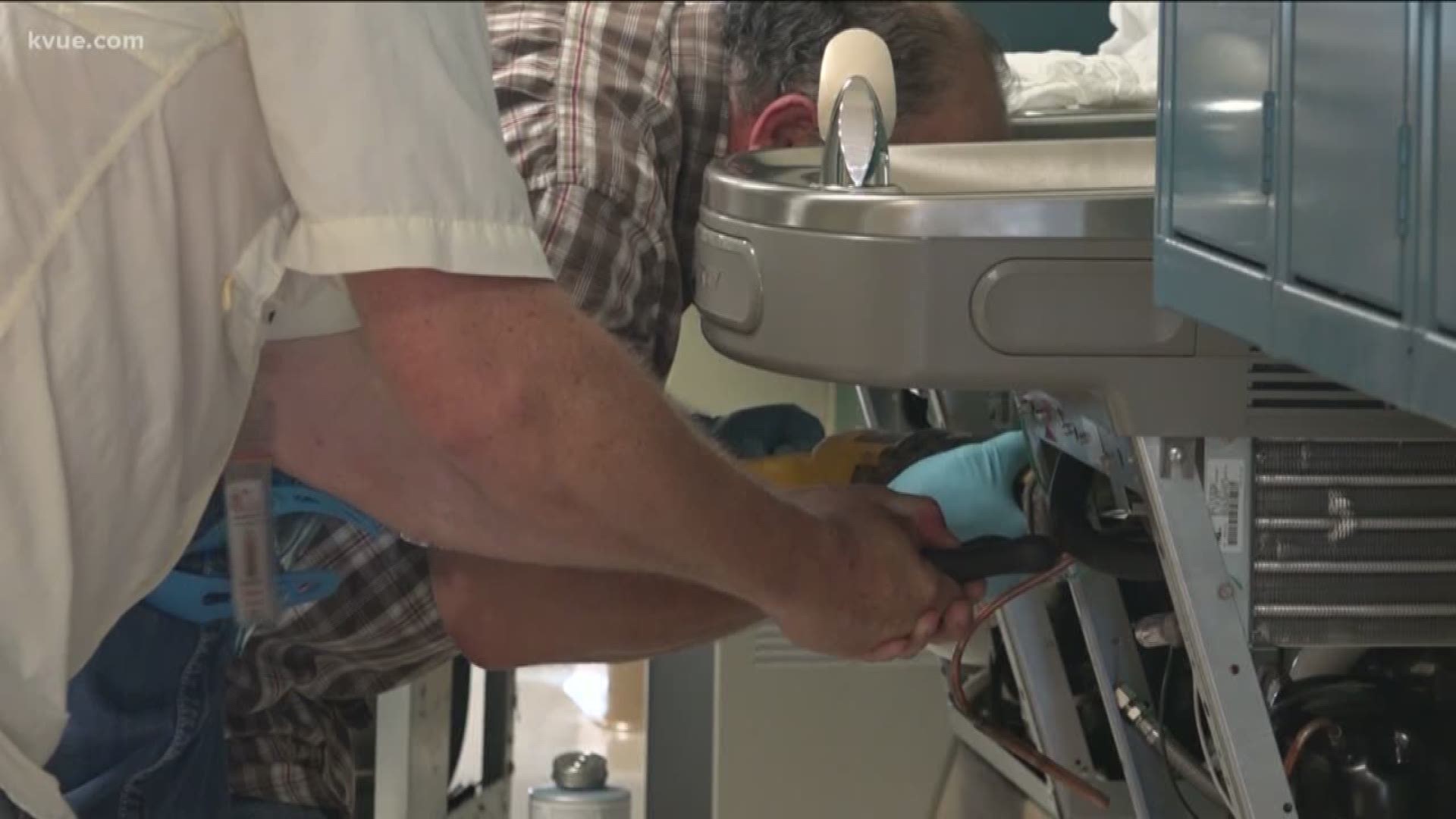 The national report shows Texas was one of 22 states that received an 'F' rating.

According to a release by the groups, as schools test their water, they are finding more lead.

“Schools should be safe places for our kids to learn and play, but Texas is still failing to protect our kids from lead in drinking water,” Luke Metzger, executive director of Environment Texas. “We need policies that actually get the lead out of faucets and fountains in our schools and pre-schools.”

The release said since 2017, testing has found lead in the drinking water of at least 784 Texas schools, including some schools here in Central Texas.

"It is imperative that Texas public schools and childcare facilities eliminate lead in drinking water,” said Steve McKee of Texas Physicians for Social Responsibility. “Texas Physicians for Social Responsibility strongly supports HB 2998 which goes a long way to identify, remediate and prevent exposure to lead in drinking water for children and youth. Young children are particularly vulnerable to lead in drinking water because the physical and behavioral effects of lead occur at lower exposure levels in children than in adults. Even at low exposure levels, lead can be harmful to human health. It is persistent, and can bioaccumulate in the body over time.”

According to the release, there is no current state law to require schools to prevent children's drinking water from becoming laced with lead.

HB 2998 was introduced by Round Rock Representative James Talarico and it would change the rules. The bill would make it so no more than one part per billion can be allowed in the water, and requiring water utilities to pay for remediation.

“No parent should have to worry about their child drinking from a school water fountain,” said Rep. Talarico. “It is our job to ensure that every aspect of Texas schools are safe. I’m proud of the work our office is doing to guarantee our students are healthy, safe, and ready.”

AISD has taken action before and changed water fountains at some schools when needed, but Environment Texas says there should be a health standard for the state.

“I think what we’re trying to get out here is that you know our schools should be a safe place for our kids to go and learn and play, and unfortunately the state is failing to protect our kids by taking action to get the lead out of the drinking water," said Metzger.

“Do we really want to wait for more tests to show that our kids have been drinking lead?” asked Brennan Griffin, whose son attended Ridgetop Elementary in Austin in 2017 when lead was discovered. “It’s time to get the lead out.”

You can see the national report on pervasive lead contamination in schools' drinking water, here.

Pink stops at Buc-ee's on the way to San Antonio

Petition to change name of Dripping Springs to Pound Town