There are places now where you can walk out with beer, but those are classified as "brewpubs," not "breweries." 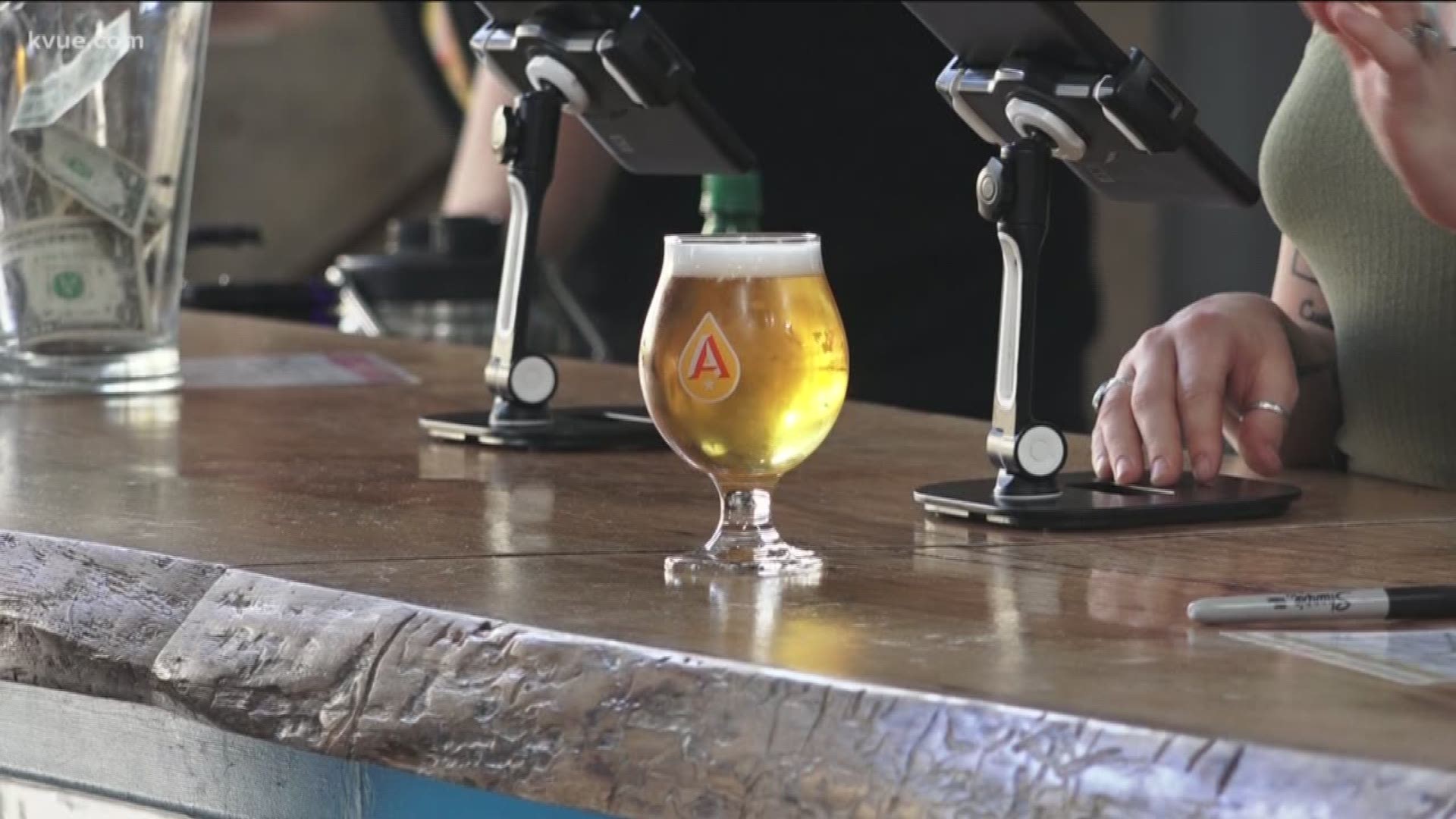 AUSTIN, Texas — Some people like to mark the end of the work week with a beer. But, if you're going to a local craft brewery, you won't be able to grab a six-pack to take home with you.

Texas state law doesn't allow it. But, two bills filed at the Capitol are aiming to change that.

"It's the greatest job in the world," Adam DeBower, co-owner of the Austin Beerworks brewery, said. "I get make beer in the city I was raised in and the city that I love."

Brewing beer is something DeBower has been doing for almost 10 years.

He makes it at the brewery, but isn't allowed to sell it by the case.

The beer is then sold through distributors or customers are able to buy their tap by the glass.

Currently, if you are looking to take beer by the case directly from a brewery, you can't.

New bipartisan legislation could possibly change that. Texas State Senator Dawn Buckingham (R-Lakeway) and State Representative Eddie Rodriguez (D-Austin) have filed Senate Bill 312 and House Bill 672, which would allow breweries to sell up to 576 ounces, or two 24-packs, of packaged beer per person per day.

One of the largest beer distributors in the state, the Beer Alliance of Texas, weighed in on the matter.

“The Beer Alliance of Texas has always worked to ensure a strong malt beverage market in Texas," Rick Donley, president of the alliance, said. "We have committed to working with our friends in the craft-manufacturing segment on sensible regulations that provide for a stable and predictable three-tier market in Texas that continues to be recognized as the gold standard for regulatory structures across the country.”

RELATED: Texas keeps it weird with their alcohol laws

"They are 'mom and pop' operated businesses, and the dollars to start typically come out of their pockets," DoBower said.

DeBower said passing this legislation is an opportunity for small business breweries to create more revenue.

"It's something that could make or break any small business,"DeBower said.

There are places right now where you can walk out with beer, but those are classified as "brewpubs," not "breweries." The difference is brewpubs are limited to producing 10,000 barrels of beer per year.

Texas is the last state that doesn't allow breweries to sell their own beer.

If either of the bills pass, they would take effect Sept. 1.

Runaway kids may be vulnerable to sex traffickers