Texans rally for Medicaid expansion at the Capitol 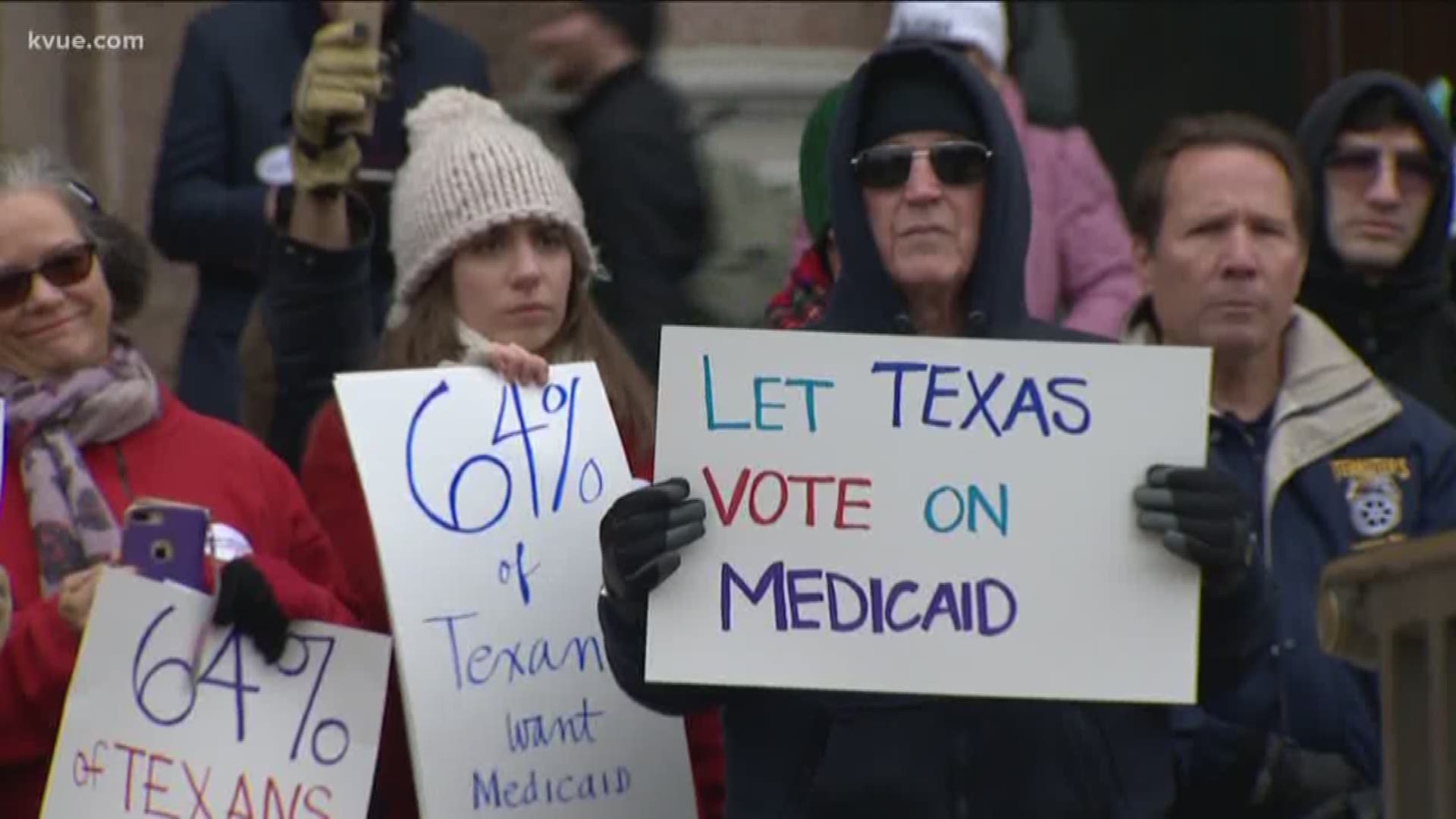 AUSTIN, Texas — Texans rallied at the south steps of the Texas Capitol Monday, March 4, to urge state leaders to put Medicaid expansion on the ballot in Texas. Nearly two dozen Texas organizations came together for the rally.

The rally is supporting the constitutional amendments and accompanying legislation filed at the Texas Legislature by Sen. Nathan Johnson, Rep. Celia Israel and Rep. John Bucy to put Medicaid expansion on the ballot in Texas.

The release said Texas has the highest uninsured rate in the nation. Under current state policy, with few exceptions, Texas Medicaid insurance is only available to low-income adults if they are seniors, pregnant, or have a severe disability, according to the press release.

Texans accepting the Medicaid expansion funding by the federal government, could provide a health insurance option to child care teachers, sales clerks, construction workers and other lower income workers who don't receive insurance from their jobs.

If Texas accepts the $6 billion in annual federal funding, this would cover a million uninsured Texans.