I-35 is known for its traffic problems, but TxDOT is doing something to improve it. 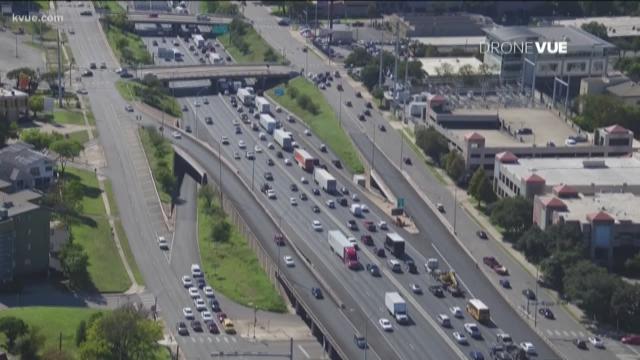 AUSTIN, Texas — Your commute to work could soon get easier if you travel along Interstate 35. TxDOT announced it's making multi-million dollar upgrades around Austin.

Some of the upgrades include new message boards and traffic cameras.

TxDOT officials said this is one of the largest technology upgrades since the Traffic Management System (TMS) was installed at the Combined Transportation And Emergency Communications Center (CTECC) in Austin.

TMS helps TxDOT gather information about traffic jams and crashes throughout the day. This new system will improve connectivity between I-35 and other highways in the area by providing more closed-circuit television cameras to spot and clear crashes and stranded drivers and more radar detectors to help determine travel speeds.

It will also help out drivers by providing travel times and sharing important messages on TxDOT signs.

The system stretches along I-35 from Williamson County to Hays County.

"We'll be able to clear an accident more quickly," said Terry McCoy, TxDOT Austin district engineer. "We'll be able to communicate and encourage drivers to avoid situations where there's a lane closure or an incident."

According to Texas Transportation Commission chairman Bruce Bugg, this is a way to discourage drivers from texting and driving and encourage drivers to look above at the signs along I-35.

The TMS initiative upgrade began in Fall 2016 and was completed this May.

KVUE asked Bugg if the commission would approve the billions of dollars needed to overhaul the interstate.

"I'd say I-35 from Williamson County through Hays County is probably my number-one Rubik's Cube that I'm trying to solve," said Bugg. "It's an $8.5 billion total funding need."

TxDOT’s current renderings for I-35 show non-tolled managed lanes running from Hays to Williamson County. These would be similar to MoPac’s express lanes, except they would not be tolled.

VERIFY: Yes, Walmart Does Sell $25 Insulin Without Prescription Or Insurance