The arrests were the result of an anti-gang initiative a year in the making, according to U.S. attorney John Bash. 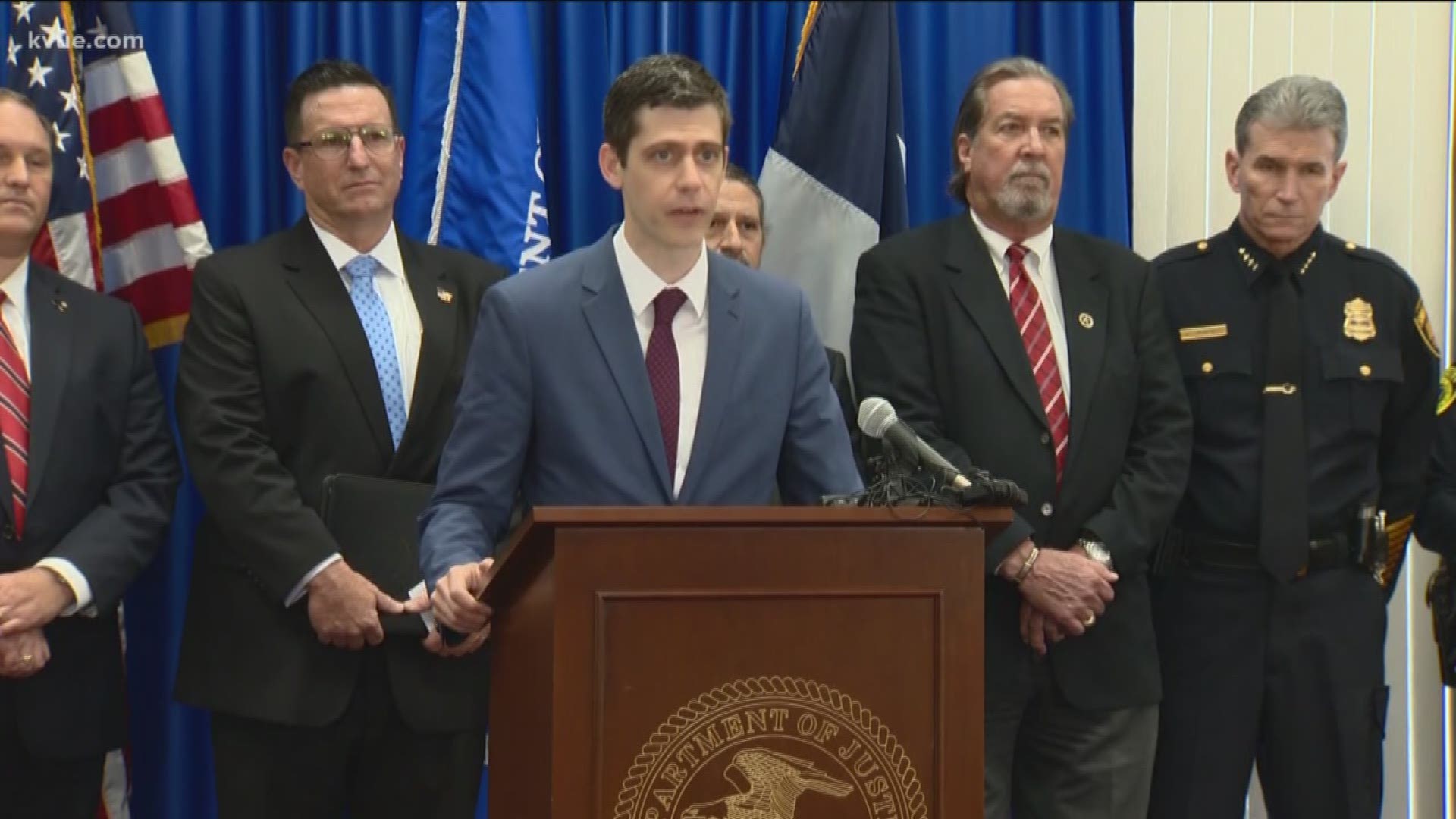 SAN ANTONIO — Seven alleged members of the Bloods gang were arrested Thursday as the result of a yearlong investigation into organized narcotics trafficking in San Antonio and Austin.

At a press conference Thursday afternoon, U.S. Attorney John Bash discussed the "massive coordinated effort" - involving San Antonio and Austin police, the Bexar County Sheriff's Office, as well as federal agents from the DEA, FBI, and homeland security - that resulted in Thursday morning's arrests on the city's east side.

During the arrests, authorities also seized several firearms as well as 20 kilograms of meth disguised as ecstasy pills.

The suspects face 10 counts of drug-related charges, including selling cocaine and methamphetamine. According to Bash, the drugs came from sources of supply in Austin. In conjunction with the investigation, Austin police arrested suspects allegedly connected to that supply source Thursday morning.

Watch the full press conference below: