How Trump's latest China tariffs could squeeze US consumers

The new tariffs would target products used by American consumers, like shoes, clothing and cellphones. 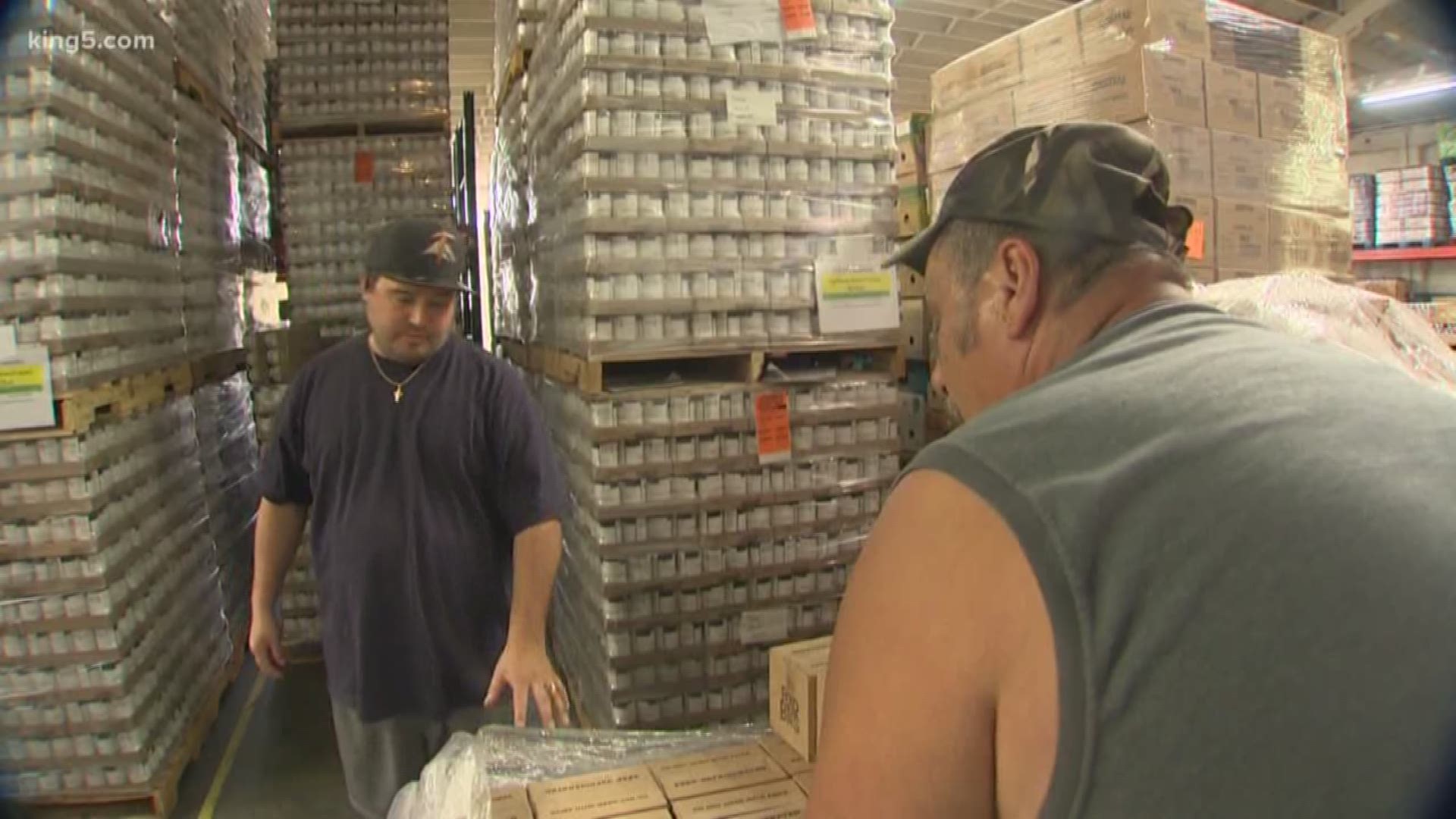 WASHINGTON — The latest tariffs President Donald Trump plans to impose on Chinese goods would cost U.S. households an average of $200 a year, some economists estimate, and would start to bite consumers and retailers just as the holiday shopping season begins.

That cost would come on top of the roughly $830 cost imposed per household from Trump's existing tariffs, according to a New York Federal Reserve analysis.

Trump plans to tax $300 billion of Chinese imports at 10% starting in September with the goal of accelerating trade talks with Beijing to favor the United States. The new tariffs would be in addition to 25% tariffs Trump has imposed on $250 billion in Chinese products. Those are mostly industrial goods. By contrast, the new tariffs would target products used by American consumers, like shoes, clothing and cellphones.

By Friday, Trump's new planned tariffs had triggered worries, especially among retailers, about the consequences. Retail stores, many of which have been struggling, would have to make the painful choice of either absorbing the higher costs from the new tariffs or imposing them on price-conscious customers.

Additionally, China has signaled the likelihood of imposing counter-tariffs on U.S. goods, which would hit American exporters. The stock market sold off sharply on Friday, in part over concerns about the effect on corporate profits.

For retailers already feeling pressure, the higher prices would hit hard just as the critically important holiday shopping season was getting under way.

Some companies are considering moving up their delivery of goods before the new tariffs take effect. Isaac Larian, CEO of Los Angeles-based MGA Entertainment, which makes the popular L.O.L. doll, said the company will be accelerating shipments from China to the U.S. ahead of the Sept. 1 deadline — and will pay an extra $300 to $400 more per shipping container to do so.

He envisions having to raise prices 10 percent across his entire toy line.

"A lot of consumers can't afford it, and demand will go down," Larian said.

iPhone sales would also be hurt if consumers respond to the tariffs by keeping their existing devices to avoid higher prices. Wedbush Securities analyst Daniel Ives estimates that Apple will sell 6 million to 8 million fewer iPhones in the U.S. if it includes the tariff in the sale price.

Peter Bragdon, executive vice president at Columbia Sportswear, said his company had been diversifying away from China and now makes products in more than 20 countries. He said he thinks companies like Columbia Sportswear will fare better than the smaller outdoor rivals.

"The larger companies that have the experience are going to be able to weather really bad public policy," he said.

Washington and Beijing are locked in a battle over complaints that China steals or pressures companies to hand over technology. The Trump administration worries that American industrial leadership might be threatened by Chinese plans for government-led creation of global competitors in robotics and other technologies. Europe and Japan echo U.S. complaints that those plans violate Beijing's market-opening commitments.

Companies were already shifting to suppliers outside of China in countries such as Vietnam to avoid the existing tariffs on $250 billion worth of Chinese imports. But plenty of clothing and footwear companies are still vulnerable, and the president's announcement means that all Chinese imports might be taxed.

In 2018, 42% of all U.S. sold apparel was made in China, according to the American Apparel & Footwear Association, a trade group. That number is 69% for footwear.

"This creates a cash crunch, a lot of confusion and uncertainty," said Steve Lamar, executive vice president of the trade group. "It couldn't come at a worse time."

The Trump administration has publicly denied that consumers would be significantly harmed by the tariffs.

But based on estimates from Oxford Economics, the planned tariffs would cost $200 per household. This would be in addition to the estimated $831 per household cost from the existing tariffs.

Taken together, the tariffs would more than wipe out the savings a middle-class household received from Trump's 2017 income tax cuts. The average tax filer earning between $50,000 and $75,000 paid $841 less in taxes last year, according to Congress' Joint Committee on Taxation.

Many economists forecast that the proposed tariffs would shave about 0.1% off economic growth but that the real risk is a further escalation and side effects that could be devastating.

Douglas Porter, chief economist at BMO Capital Markets, likened the president's actions to the errors that led to destruction in World War I.

He said of World War I: "Leaders were relentlessly overconfident on the prospects of victory, fully convinced that any war would be brief, incompetent in planning and execution, and miscalculated economic damage. Accordingly, the war dragged on for over four years at terrible, terrible costs. See any parallels?"

Answering his own question, Porter noted that Trump has declared that trade wars are "good" and "easy to win."

On Friday, China threatened retaliation in ways that could magnify the potential damage to both of the world's two biggest economies. Stocks fell around the globe as investors adjusted to these risks.

Beijing accused Trump of violating his June agreement with President Xi Jinping to revive negotiations aimed at ending a costly fight over Beijing's trade surplus and technological ambitions. China's new U.N. Ambassador Zhang Jun suggested that the new tariffs could halt negotiations that were expected to resume next month.

Later, outside the White House, Trump told reporters that he thinks Xi wants to make a deal but that "frankly, he's not moving fast enough."

"China has to do a lot of things to turn it around," Trump said. The tariff increase "goes on Sept. 1, and frankly, if they don't do them, I can always increase it very substantially."