The flag as we know it was officially approved on January 25, 1839. 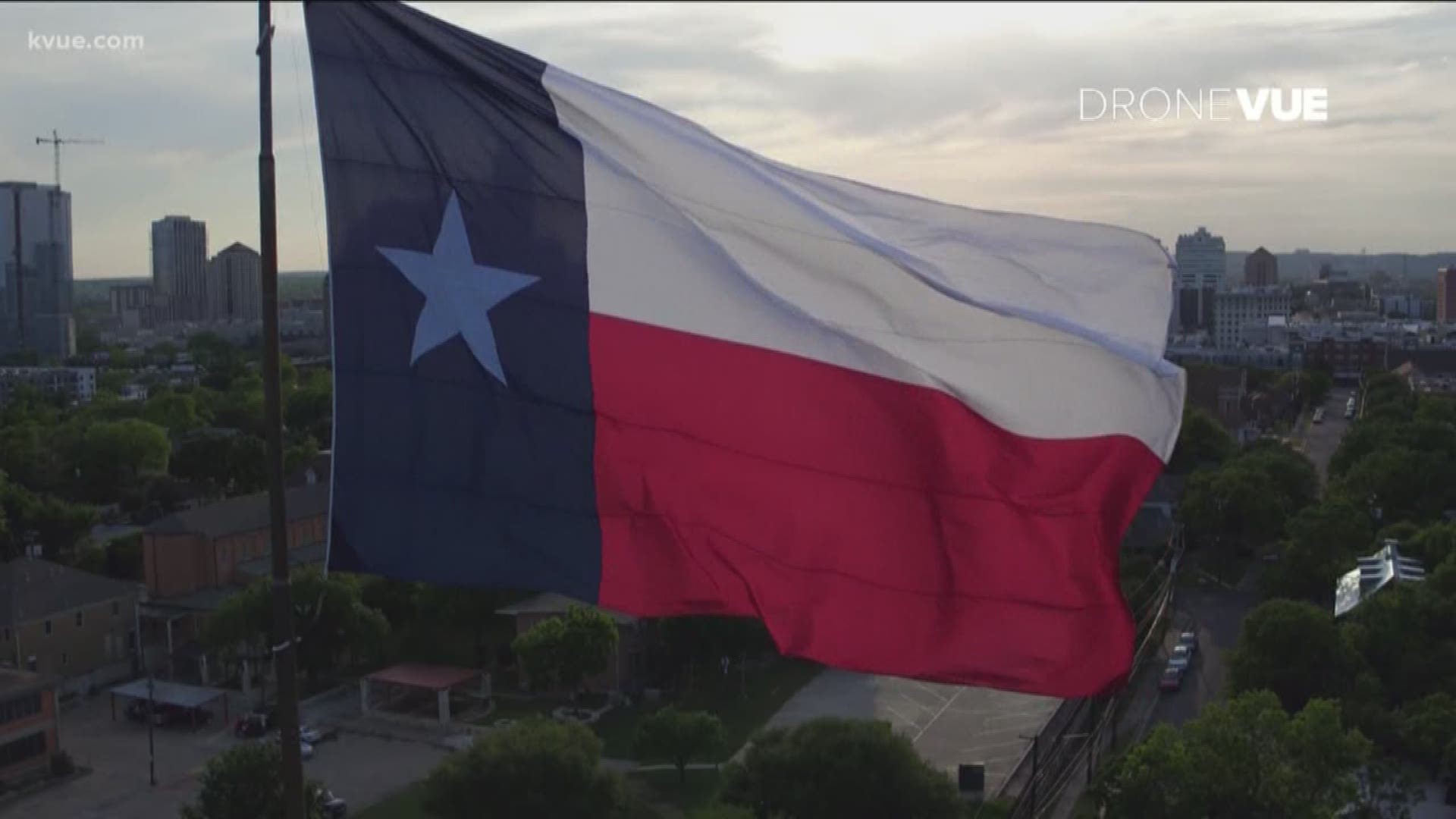 AUSTIN, Texas — Jan. 25 marks 181 years since the "Lone Star Flag" was first adopted as the official state flag of Texas.

According to the Texas State Historical Association (TSHA), Texas President Mirabeau B. Lamar approved the flag as we know it on Jan. 25, 1839, after it had already been approved by the Republic of Texas Congress.

According to the TSHA, the actual designer of the Lone Star Flag is unknown.