The once major headliner has faced criticism from fans and fellow comics following sexual misconduct allegations. 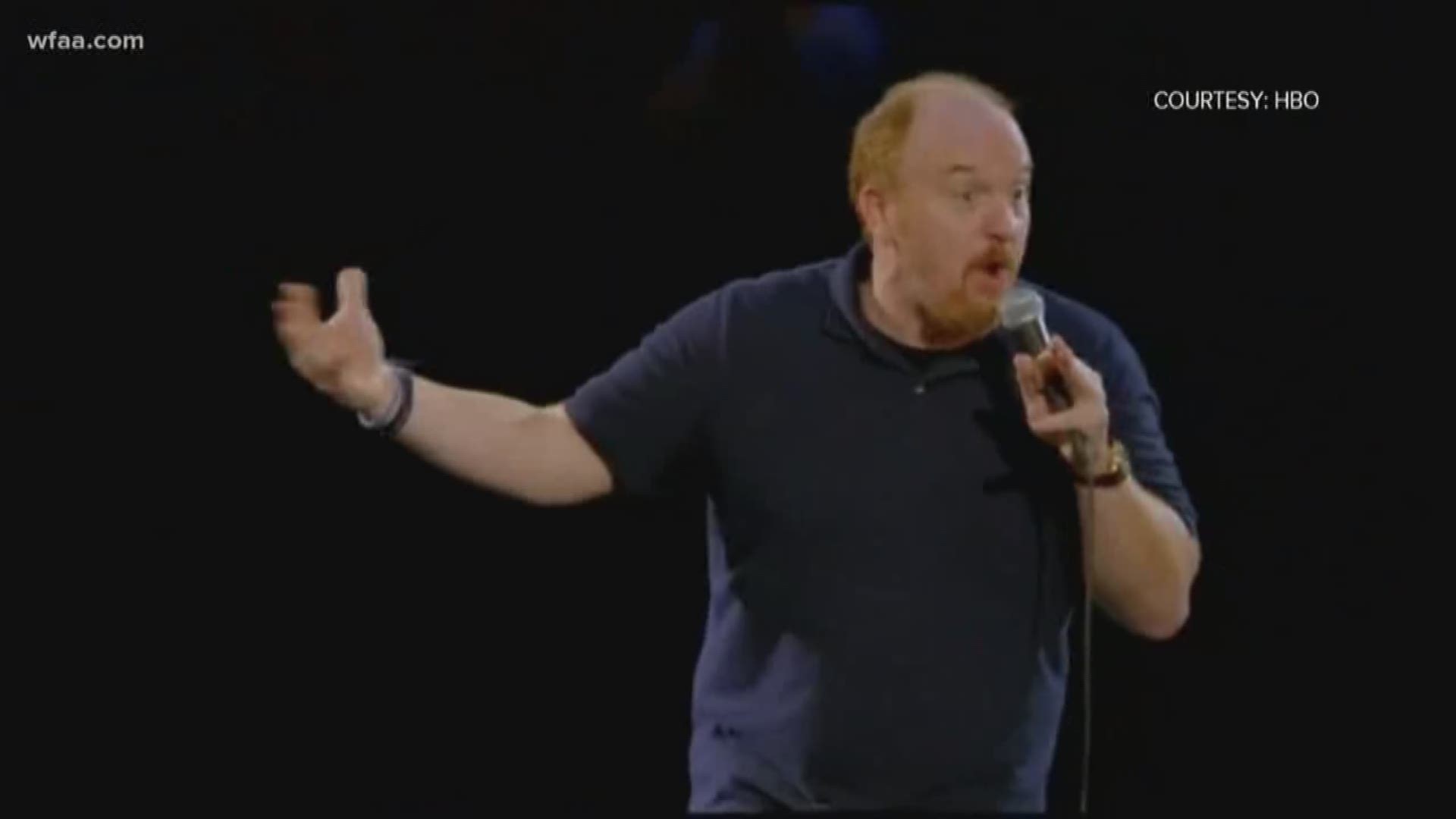 ADDISON, Texas — A comedy stage is one of the few places where you're most vulnerable and most comfortable at the same time. Stand-up comedians are used to critics and the spotlight, but what legendary comic Louis C.K. is facing is magnified.

In 2017 the comedian admitted to sexual misconduct after five women came forward and accused him. His apology to many people felt disingenuous.

"I can't listen to their songs or watch their movies or listen to their sets the same way because it is tainted with the action," said Lindsay Goldapp, founder of Stomping Ground Comedy Theater.

Goldapp has been doing comedy for nearly 20 years. She, like some other local comics, aren't too pleased that Louis C.K. has found his way to a comedy stage in Addison. He is set to perform at Addison Improv on July 2nd and 3rd. The show is going on with very little publicity. The very low-key show in the DFW area is a departure for a once-major headliner.

"He doesn't owe me anything. I don't think he owes anybody but those five women a real apology," said Wes Corwin, a comedian for eight years.

Louis C.K. was once considered on comedy's Mt. Rushmore. His material, at times, was raunchy and pushed the boundaries.

"He was telling us the whole time who he was, we just needed to believe him," Goldapp said.

At Stomping Ground, Goldapp lays down conduct guidelines for an improv workshop. It is something she does before each workshop to remind people to act appropriately while on stage.

"It's very hard to gauge who wouldn't support [Louis C.K.] because many of them won't speak out," Goldapp said.

Part of the reason for that silence is comics still want gigs, and Louis C.K. still holds clout in the industry. Goldapp has no qualms about speaking out and wishes more people would speak out with their pocketbooks.

The controversial comedian will also perform on Wednesday. WFAA reached out to the owner of Addison Improv on Tuesday, but they did not return a request for comment.