The mayor of Dayton says a round-the-clock security details was assigned to her because of hate-filled messages she received following Trump's visit. 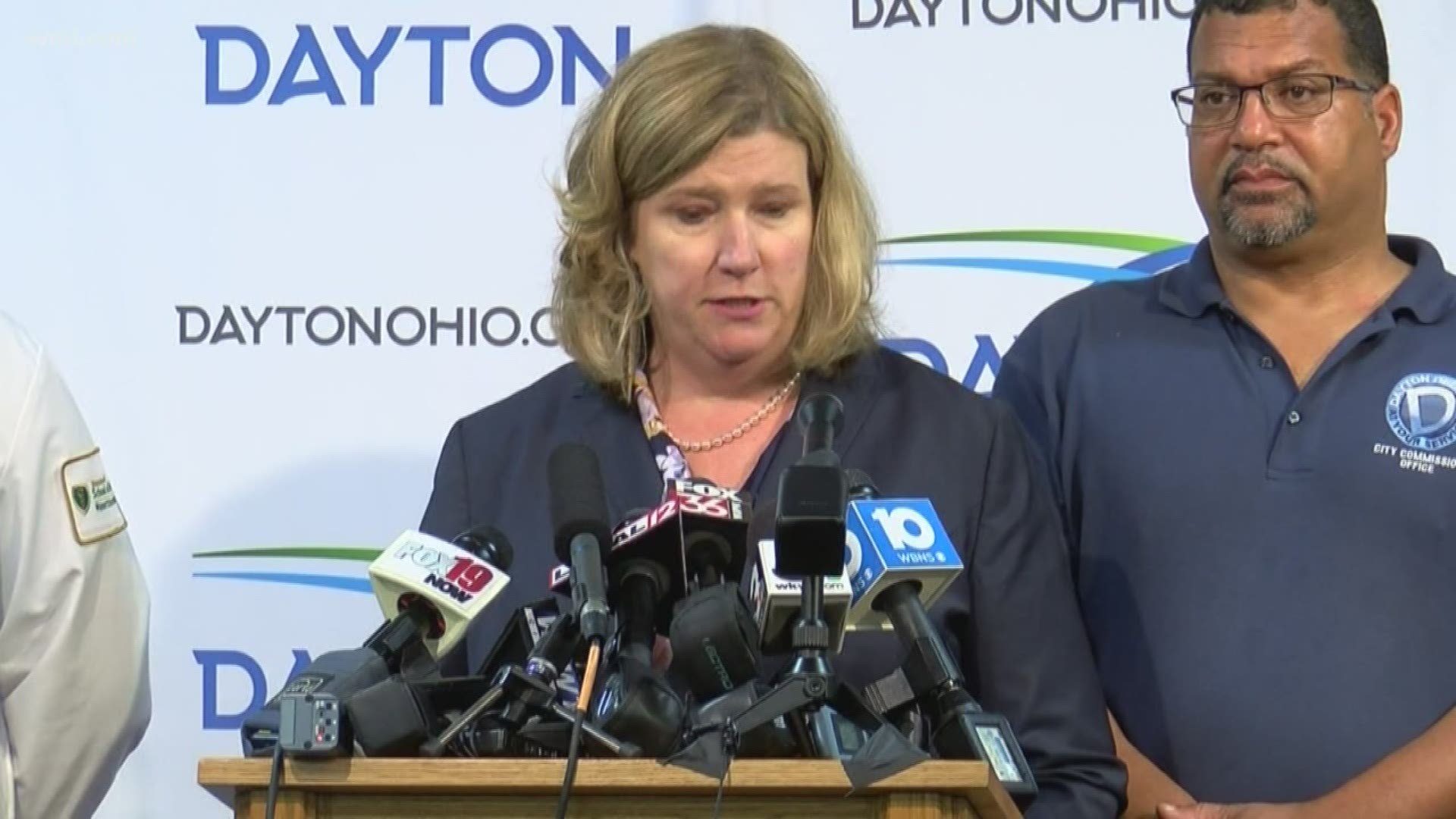 DAYTON, Ohio — The mayor of Dayton where nine people were slain in a mass shooting says a round-the-clock security detail was assigned to her because of hate-filled messages she received following verbal sparring with President Donald Trump after his visit to a Dayton hospital earlier this month.

The Dayton Daily News reports Trump after his Aug. 7 visit called a news conference Mayor Nan Whaley held with Ohio's Democratic Sen. Sherrod Brown "a fraud." Whaley responded in an interview with CNN that Trump is a "bully and a coward."

The newspaper reports it reviewed dozens of messages regarding Whaley that contained abusive language and expletive-laced insults.

Dayton police say there were no specific threats directed toward Whaley.

Coroner: Dayton gunman had drugs in his system during shooting

Family of Dayton mass shooter apologizes for obituary remembering him as 'funny, articulate and intelligent man'