Jalen Ballard may be legally blind, but that didn’t stop him from being named valedictorian of his class with a 4.638 GPA. 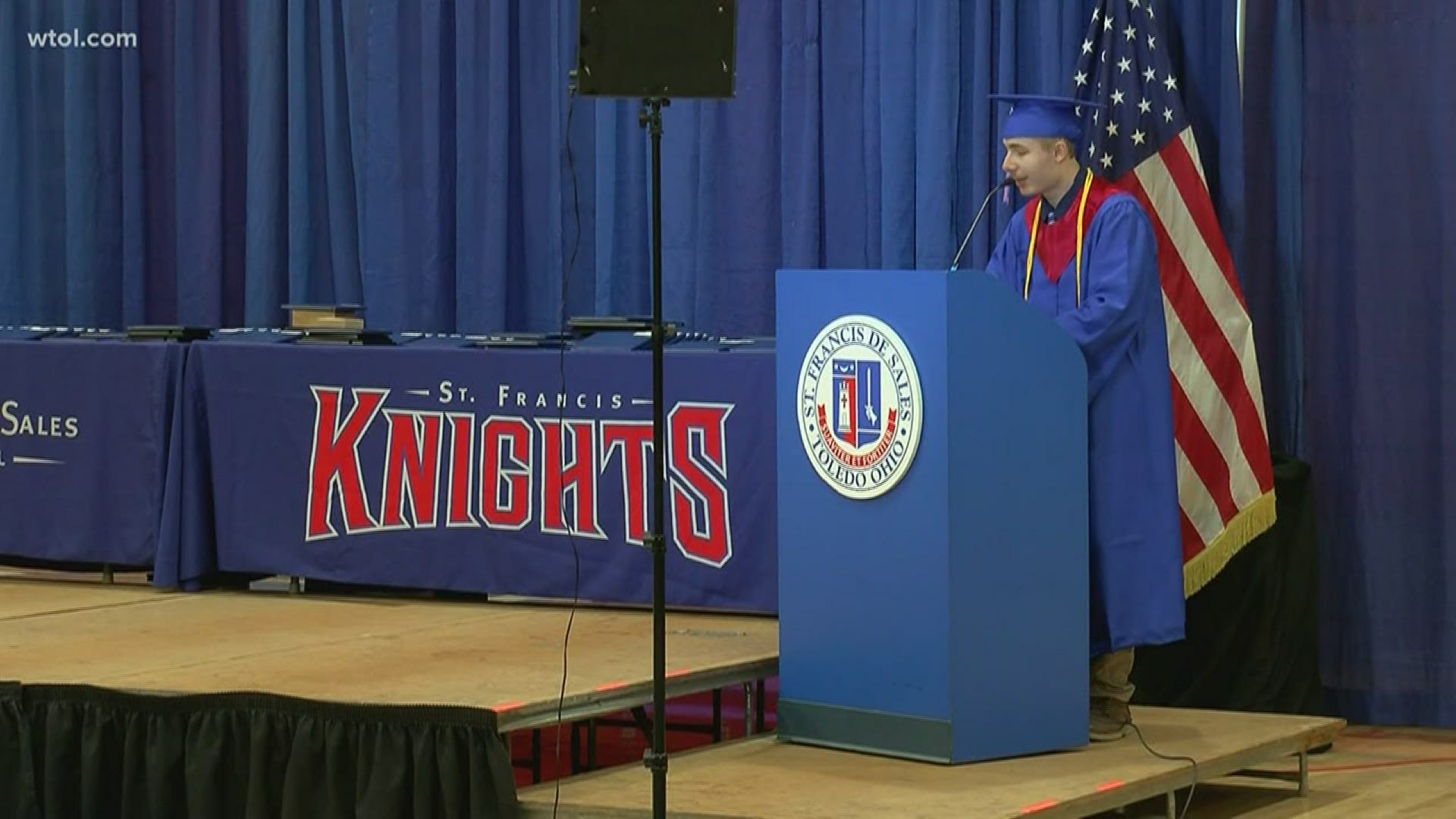 This entire graduation season has surely been different. Awards and recognition, all done virtually. Family is celebrating extra hard, knowing what one local student had to overcome.

For some it's hard enough to finish high school and earn academic honors, now imagine doing all that while being legally blind. St. Francis senior Jalen Ballard is blind but that didn’t stop him from being named valedictorian of his class with a 4.638 GPA.

"It has definitely flown by but I would give massive credit faculty especially the math and science departments to allow me to reach for my academic potential, giving me this opportunity. They're willing to take a chance on me because they have never worked with a blind student before,” said Ballard.

Jalen was born with bilateral microphthalmia and had to undergo surgery removing cataracts at just three months old. He also has dealt with glaucoma most of his life.

About five years ago his vision reduced, leaving him with only light dark perception in both eyes, but Jalen says his blindness doesn't define him.

"We're gonna miss you. What a blessing. It was a lot of work for him and for us to make it work but it was so worth it,” said Father Geoff Rose, President of St. Francis High School.

"Very fortunate to the support system that I've enjoyed here." Jalen said. "And their sacrifices will never be forgotten."

During Jalen's years in high school he spent most of his time with robotics as lead programmer and his favorite classes were calculus, mechanics and computer science... just to name few.

His educational path is not over, in fact he's heading just up the road to University of Michigan to earn his bachelor's degree in computer science.

RELATED: A glimpse of what returning to school could look like